Skip to content
DC has shared a little bit about this month’s DETECTIVE COMICS ANNUAL, featuring BATMAN versus THE BLACK MASK. Here’s the write up from their Blog.
This month, DC Comics will release its next batch of Annuals. These special oversized issues will not only build off of the events in their respective series, but will also greatly impact the expanding DC Universe. Every day this week on THE SOURCE, we’ll be putting individual spotlights on each of these Annual issues by talking to various writers, artists, and editors to give you special sneak peeks at what’s to come! First up is DETECTIVE COMICS ANNUAL #1.

“As a new member of the Batman group at DC Comics, it is a thrill working with Tony Daniel on DETECTIVE COMICS ANNUAL #1,” artist Romano Molenaar told THE SOURCE. “He knows exactly how to write for an artist which makes it a delight setting up the pages. Fans can expect fast-paced action and details all over the place as far as the art goes. Batman will need all of his physical and mental strength for this Annual and be ready for the return of one of his most diabolical villains!”

“The first DETECTIVE COMICS ANNUAL features the return of one of Batman’s most dangerous adversaries – the Black Mask!” added series editor Mike Marts. “Picking up from where readers last saw him in the ‘Night of the Owls’ storyline, gangster Roman Sionis has once again donned the maddening mask and formed his False Face Society. How will the Dark Knight combat this unique threat? And is there an even greater villain lurking in the shadows?” 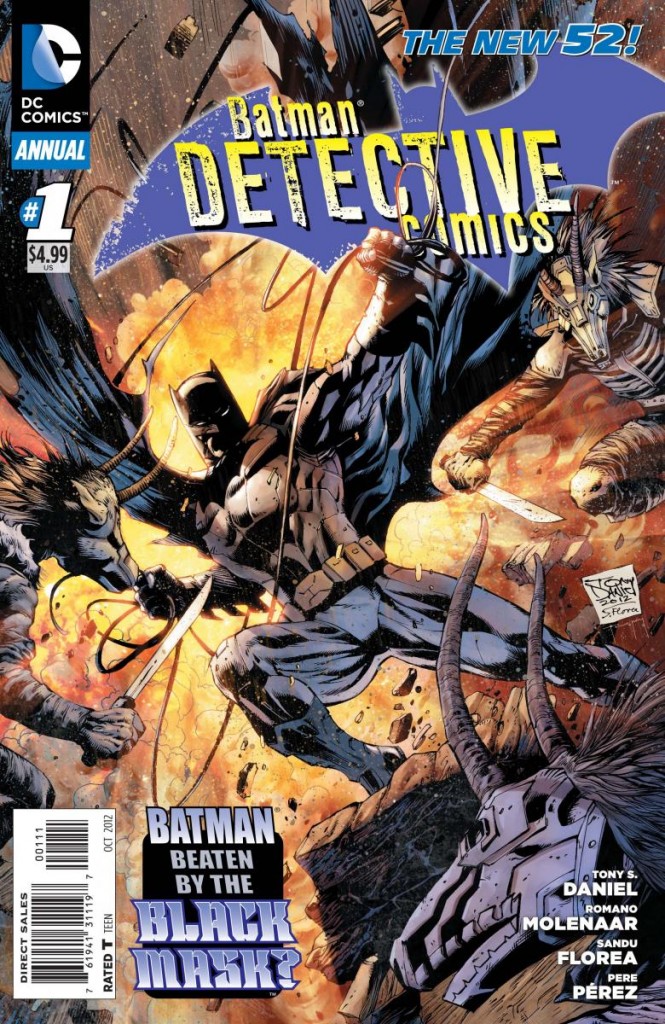