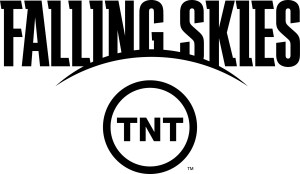 (BALTIMORE, MD) — (April 15, 2013) —DK and TNT’s Falling Skies have signed on to sponsor and contribute toward the marketing and promotion of Free Comic Book Day, the industry-wide event set for Saturday, May 4th, 2013. Now in its twelfth year, Free Comic Book Day is an annual event where the entire comics industry works together to raise awareness of comics and local comic book shops. On this day, almost 2,000 comic shops all over the world give away millions of comics published specifically for Free Comic Book Day to new and returning customers just for coming to their shops.

DK and TNT’s Falling Skies will serve as true partners to Free Comic Book Day as they shape and enrich the comic fans’ experience of the event. In addition, LEGO® DC Universe Super Heroes will partner with Free Comic Book Day to bring the day to life for kids and adult fans alike. The relationships mark an important extension in Free Comic Book Day’s campaign of awareness, which looks to capture the excitement of the moment and deliver experiences and content that is current in pop culture.

“These sponsorships are a true testament to how much Free Comic Book Day has grown since its inception. We can now attract major sponsors who see real value in being associated with our event,” said FCBD spokesperson Leslie Bowser.

The sponsorships were secured on behalf of FCBD by Bonfire Agency as part of integrated brand advertising and promotional initiatives that also include advertising in comics produced by the member publishers of Bonfire’s ComicsUnited Media Network, along with prize provisions for kid-friendly FCBD costume contests planned by a number of stores participating in Bonfire’s StoreCorps Comic Retail Activation Network.

“With its sci-fi origins, epic storytelling, remarkable visual effects and memorable characters, TNT’s Falling Skies has drawn a large portion of its audience from the legions of comic book fans,” said Tricia Melton, senior vice president of entertainment marketing and branding. “We are very excited to bring the drama of Falling Skies to Free Comic Book Day.”

“We’re so thrilled to be part of this year’s Free Comic Book Day,” said Rachel Kempster, DK’s Director of Marketing & Publicity. “We know firsthand how important it is to foster a love of reading in children. This year DK will be offering a sneak peek inside our upcoming LEGO® Star Wars®: The Yoda Chronicles and we hope kids everywhere will be just as delighted as we are to learn more about the galaxy’s favorite Jedi Master.”

ABOUT DK—DK is the bestselling and award-winning publisher known for informing, entertaining, and educating global audiences through beautifully designed content. DK also publishes the Eyewitness series for children and Eyewitness Travel Guides. BradyGames, Alpha Books, and Rough Guides are also available from DK, a division of Penguin Group. http://us.dk.com

ABOUT TNT’S FALLING SKIES— Falling Skies, which ranks as basic cable’s #1 summer drama among key demos, will return for its third season Sunday, June 9, at 9 p.m. (ET/PT). This gripping series from DreamWorks Television and executive producer Steven Spielberg tells the extraordinary story about life and survival in the wake of a catastrophic alien invasion. Noah Wyle stars as a college professor who becomes an unlikely resistance leader. Moon Bloodgood, Will Patton, Drew Roy, Maxim Knight and Connor Jessup also star. In the third season of Falling Skies, Gloria Reuben is set to guest-star in a multiple-episode arc as Marina Perlata, an aide to Wyle’s Tom Mason. In addition, Robert Sean Leonard is slated to guest-star as Roger Kadar, an obsessive but gifted scientist who runs the local power grid and lives underground with his pet rats, earning him the nickname “The Rat King.” In addition to Spielberg, Falling Skies is executive-produced by DreamWorks Television heads Justin Falvey and Darryl Frank. Remi Aubuchon and Greg Beeman also serve as executive producers.

ABOUT FREE COMIC BOOK DAY— Celebrating its twelfth year, Free Comic Book Day is an annual event where participating comic book specialty shops across North America and around the world give away comic books absolutely free to anyone who comes into their shops. The event is held the first Saturday in May and is the perfect opportunity to introduce friends and family to the many worlds of wonder available at local comic book shops. From super-heroes to slice of life to action/adventure and beyond, Free Comic Book Day has a comic book for everyone! For more information, visit www.freecomicbookday.com