Marvel is pleased to announce Doctor Strange: From The Marvel Vault #1, a new story about one of the most important missions of the sorcerer’s career! 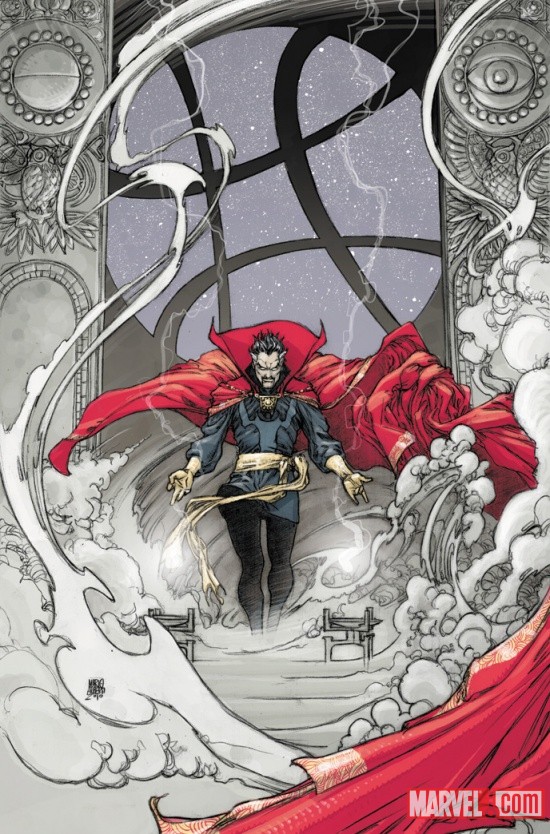 Written by legendary creator Roger Stern and penciled by artist extraordinaire Neil Vokes, this lost work chronicles the Sorcerer Supreme’s first night in his Greenwich Village brownstone…and his first mystical encounter there! The start of a series of newly discovered lost stories, Doctor Strange: From The Marvel Vault #1, gives readers a chance to witness the early days of Marvel’s preeminent sorcerer! Secrets abound! Sorcery unveiled! Magic, the likes of which have never been seen!

Even more magical, however, is the manner in which Marvel Vice President, Executive Editor Tom Brevoort came to rediscover the fully completed Dr. Strange story after years inside the Marvel Vault.

“Over the years, there have been a number of stories that we’ve commissioned but that were never completed for one reason or another. I and other editors up here have held onto the work that was finished, sometimes for decades, in the hope that eventually we’d be able to see these stories in print,” said Brevoort.

“And now, with our office-move, these materials are coming to light once again. In addition to this Doctor Strange story, which was originally intended for the Marvel Universe series we published in the late ’90s, we’ve found four or five other tales which deserve to be completed and printed–so we’ll be doing just that in the months to come!”

Just what drew the world’s foremost master of the arcane arts to this strange space?  Discover the answer and the secret of the Marvel Vault in February with Doctor Strange: From The Marvel Vault! This is just the beginning of the Marvel Vault series so expect more exciting and untold tales next year when the vault opens yet again!

DOCTOR STRANGE: FROM THE MARVEL VAULT #1

ON SALE THIS FEBRUARY