A fantastic first look from DC’s Universe: The Source. Check out Justice League #7!

If you’ve been reading THE SOURCE, you know that there is a lot to be excited about in JUSTICE LEAGUE #7. Not only does the issue mark the beginning of a new story arc, but it also shifts the team from the past to the present … and reintroduces Steve Trevor! Written by Geoff Johns and illustrated by series guest artist Gene Ha, JUSTICE LEAGUE #7 is not an issue to be missed.

And that’s not all! The issue also kicks off the new SHAZAM! backup story, written by Geoff Johns and illustrated by Gary Frank, which reveals the all-new origin  of Billy Batson in DC COMICS-THE NEW 52.

So now that we’ve whet your appetite, take an exclusive first look at JUSTICE LEAGUE #7 by checking out Gary Frank’s variant cover for the issue below.

“It was great to get the chance to do all of the redesigned team members together,” Frank exclusively told THE SOURCE. “I noticed how it was generally Superman or Batman at the center of this kind of ensemble shot, so I thought I’d give the girls the spotlight this time by putting Wonder Woman in the heart of things.”

“We asked Gary to draw #7’s cover simply because this issue contains Gary’s gorgeous first chapter of the ongoing ‘Shazam!’ backup story,” said series editor Brian Cunningham. “We felt it was a nice nod to tie the main League cast and Gary together. And, like he always does, Gary gives each League member a strong sense of humanity that not many artists can match. It’s what makes him an elite talent and we’re thrilled to be able to work with him on an ongoing basis. Oh, and wait’ll you see Gary’s take on Shazam and his cast — it’s his best stuff yet!”

Look for JUSTICE LEAGUE #7 in stores next month 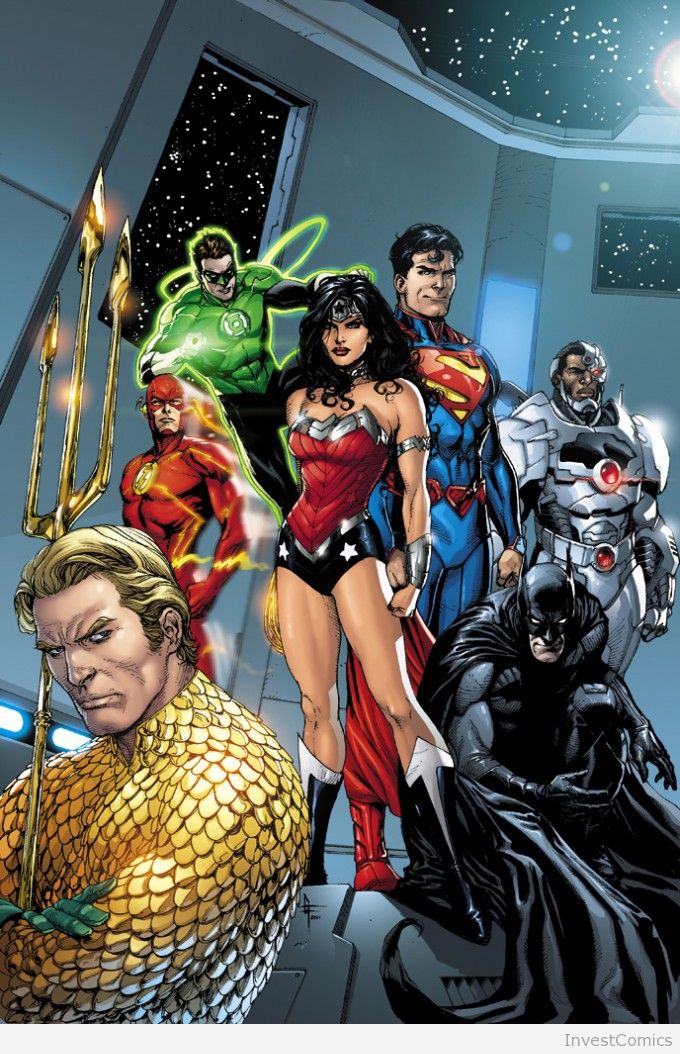