It looks like Fallout Boy’s Pete Wenz is the next musical star to try crossing over to the comic book scene.

What’s he up to?  Look inside!

"Me and Darren came up with the idea of creating a world around ‘Tiffany Blews’," Wentz told MTV News. "It’s more than a comic too. In the end, it will be a graphic novel, clothing, web site and possible toys themselves."

FALL OUT TOY WORKS, inspired by the ideas and lyrics of Fall Out Boy, tells the story of a brilliant young robot maker who risks his entire company for his factory’s newly produced android named Tiffany as she becomes his greatest passion and potentially his own destruction. FALL OUT TOY WORKS teams Wentz with Darren Romanelli AKA Dr. Romanelli “DRx”, the ground breaking designer behind the reinterpretations of Nike, Looney Tunes and Black Sabbath, and writer Brett Lewis, the acclaimed creator of BULLETPROOF MONK and The Wintermen. Art chores will be handled by Sam Basri of Imaginary Friends Studios, the art studio behind the art for Radical’’s Hercules: The Thracian Wars, Caliber: First Canon of Justice and Steve Nile’’s City of Dust.

Darren Romanelli added, "Pete had hit me up about designing him some custom gear and we immediately clicked. We’ve been throwing ideas back and forth for some time and FALL OUT TOY WORKS stemmed from a place of passion and common ground between us. Of course, Fall Out Boy has been a major inspiration, but we’re reaching in the larger world of art, fashion and pop culture. We’ve also brought in my frequent collaborator, Nathan Cabrera, to help conceive the wider world and are thrilled to have a writer of Brett Lewis’ status realizing these ideas to their fullest potential with Sam Basri of Imaginary Friends Studios." 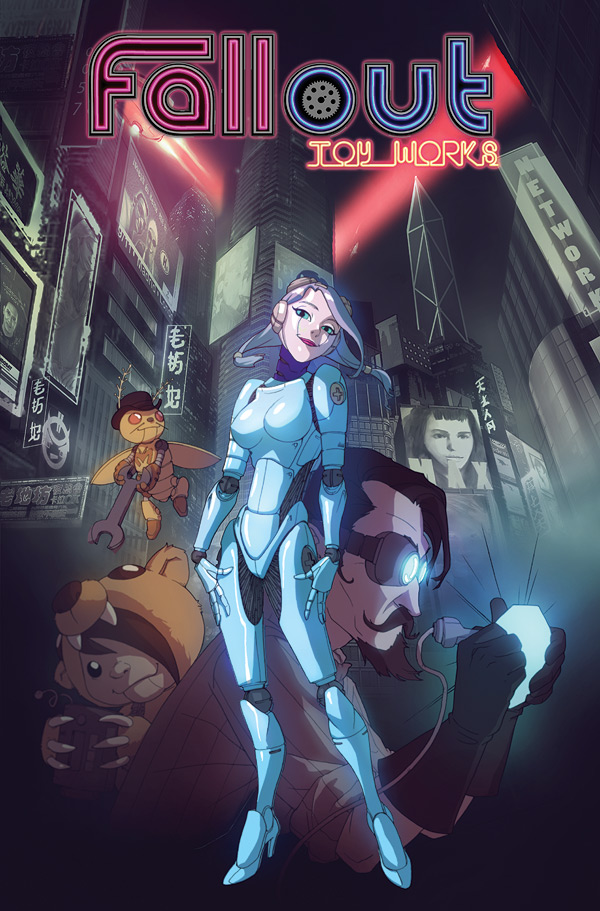