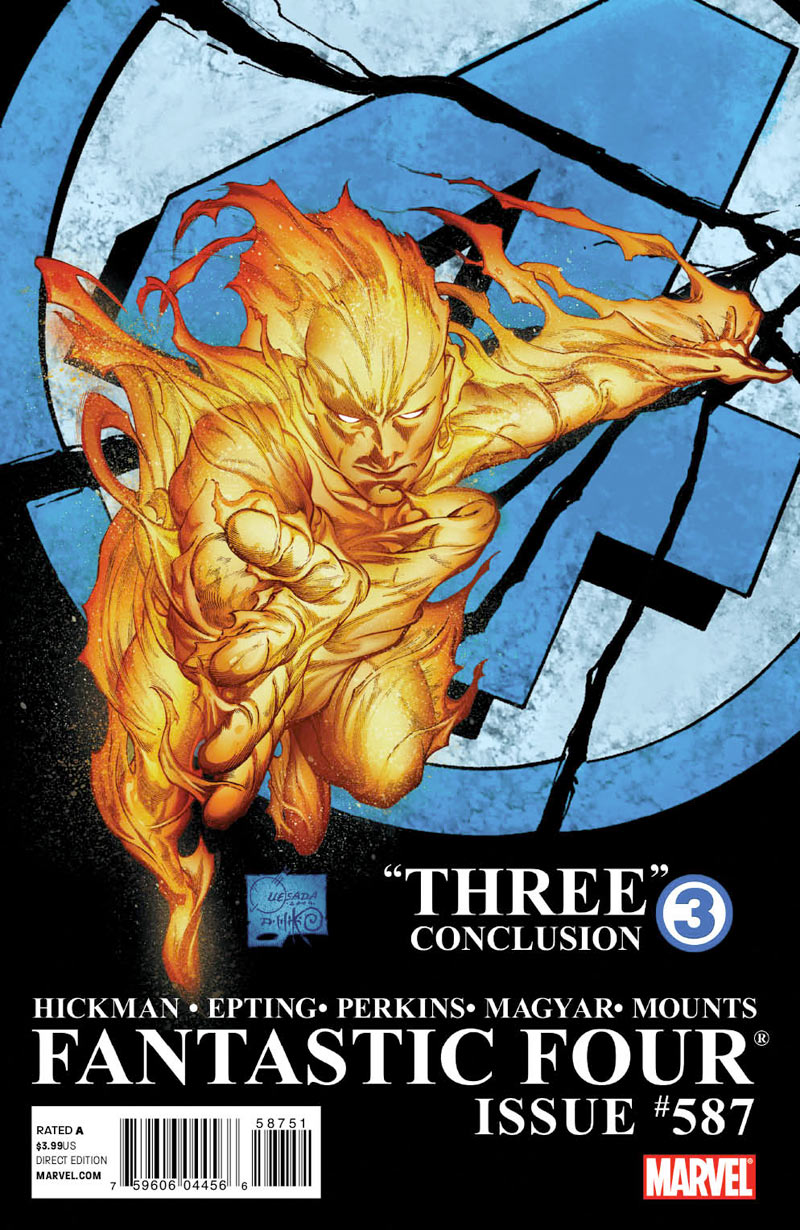 The smash-hit Fantastic Four #587 has sold out at Diamond before hitting stands and will be immediately going back to press with Fantastic Four #587 Second Printing Variant! Featuring a cover from Marvel Chief Creative Officer and megastar artist Joe Quesada, no fan can miss this! Finally the soul crushing end to one of Marvel’s most historic characters, the Human Torch, has arrived and everyone wants to know how! After an overwhelming response from worldwide mainstream media, Fantastic Four #587 Second Printing Variant is being rushed out to comic shops to meet the demand of all the new fans who came in on Tuesday the 25th and long time readers who came in today!

“The response to Fantastic Four #587 has been phenomenal and we want to thank the retailers for supporting the book to make this a success. It’s because of them we’re able to bring this acclaimed run to people outside the industry.” exclaims Marvel SVP of Sales, David Gabriel. “With all the extra attention our books have acquired recently, it’s tough trying to keep all of our critically acclaimed titles on store shelves so they’re readily available for fans new and old.”

The Fantastic Four aren’t the only ones who have everyone talking, because Amazing Spider-Man #651, Amazing Spider-Man #652 and Invincible Iron Man #500 have all sold out at Diamond (though copies may still be available at retail) and will be returning to comic shop shelves with second printings nationwide! Ever since Peter Parker landed a job and hit the Big Time, fans can not get enough of Spider-Man’s newest adventures resulting in five straight sell-outs! Also, the landmark anniversary issue of Invincible Iron Man, brings fans a pulse-pounding paradigm shift as “The New Iron Age” blasts open a new chapter in the history of a Marvel icon. Be sure to get in on all the Marvel action as all of these great books return to comic shops next month. 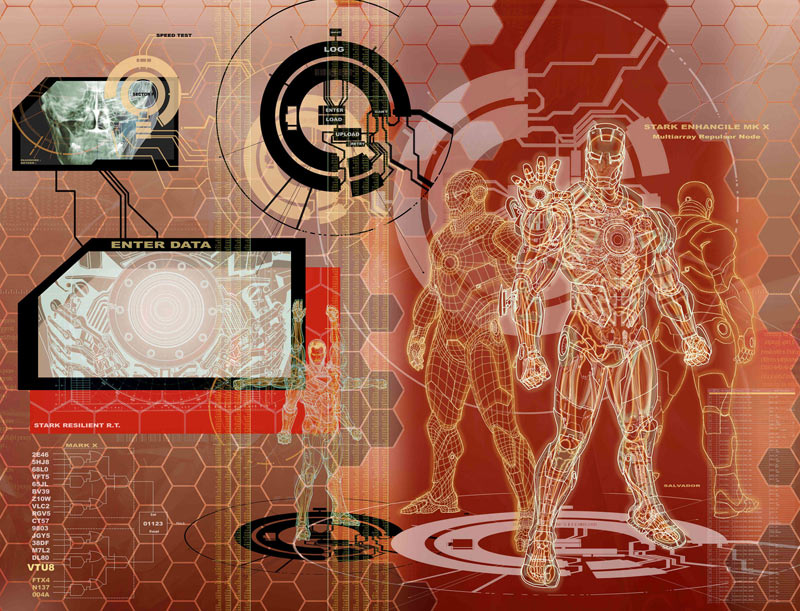 Pencils and Cover by HUMBERTO RAMOS

Pencils and Cover by STEFANO CASELLI