Marvel is proud to debut the sensational cover to Fear Itself #1 (of 7), from superstar artist Steve McNiven! Prepare to fear tomorrow as comic luminaries Matt Fraction and Stuart Immonen deliver the most anticipated event of 2011, kicking off in a colossal 56 page first issue! From the halls of Avengers Tower to the spires of Asgard, the entire Marvel Universe is about to enter a waking nightmare and no show of force, no attempt to reason, not even unconditional surrender can ever undo the damage done. As Spider-Man, Captain America , Wolverine, Iron Man and the rest of Earth’s mightiest heroes find themselves drafted into an eons-old war, will they have the combined resolve to combat their own worst fears personified? Can their loved ones and teammates escape from under the boot heel of Sin, the new Red Skull? And just what secret do her perverse plans share with the endless abyss beneath the Rainbow Bridge ? Extinguish all hope because, this April, the Marvel Universe changes forever, only in Fear Itself #1 (of 7)! 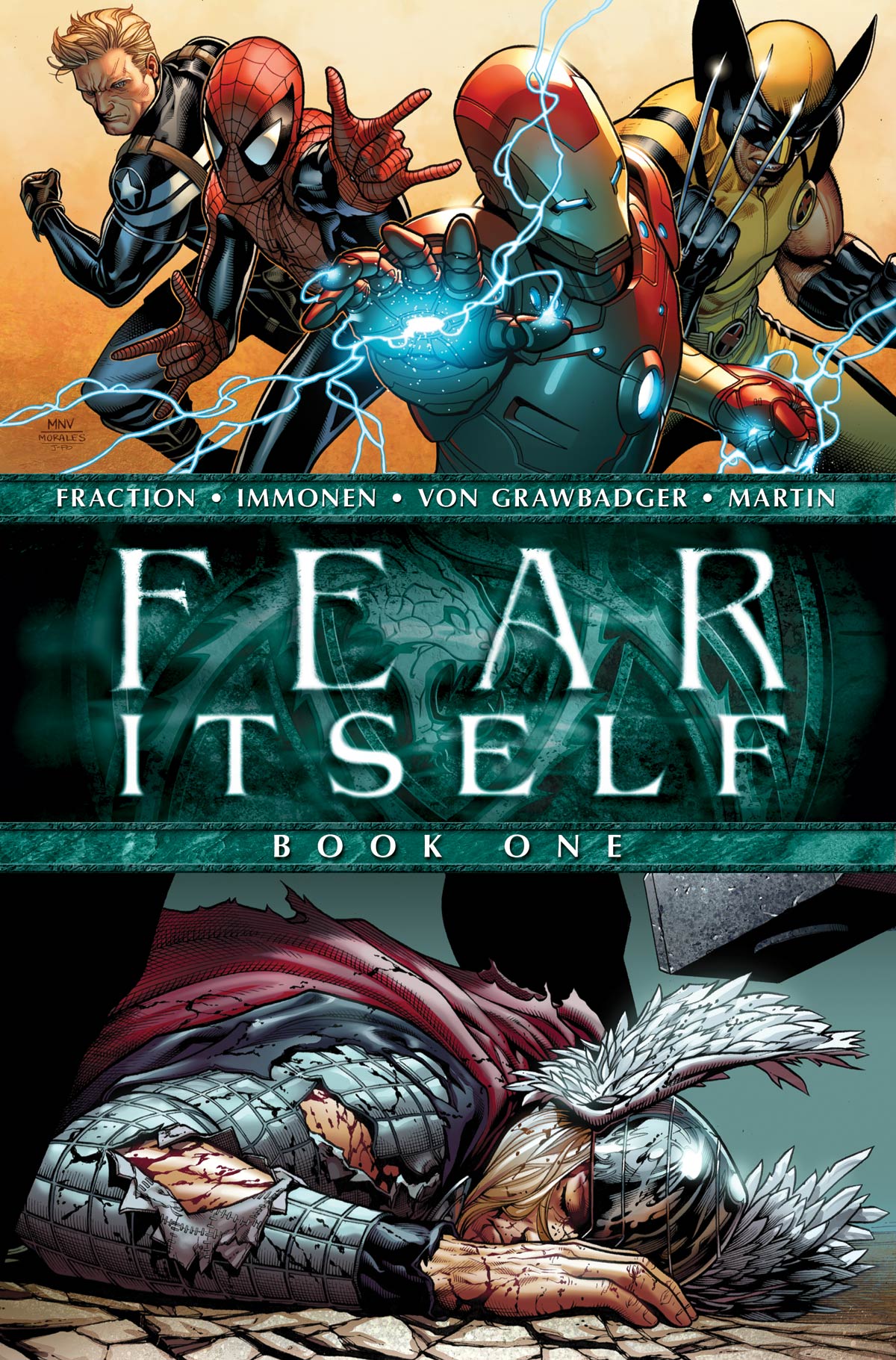