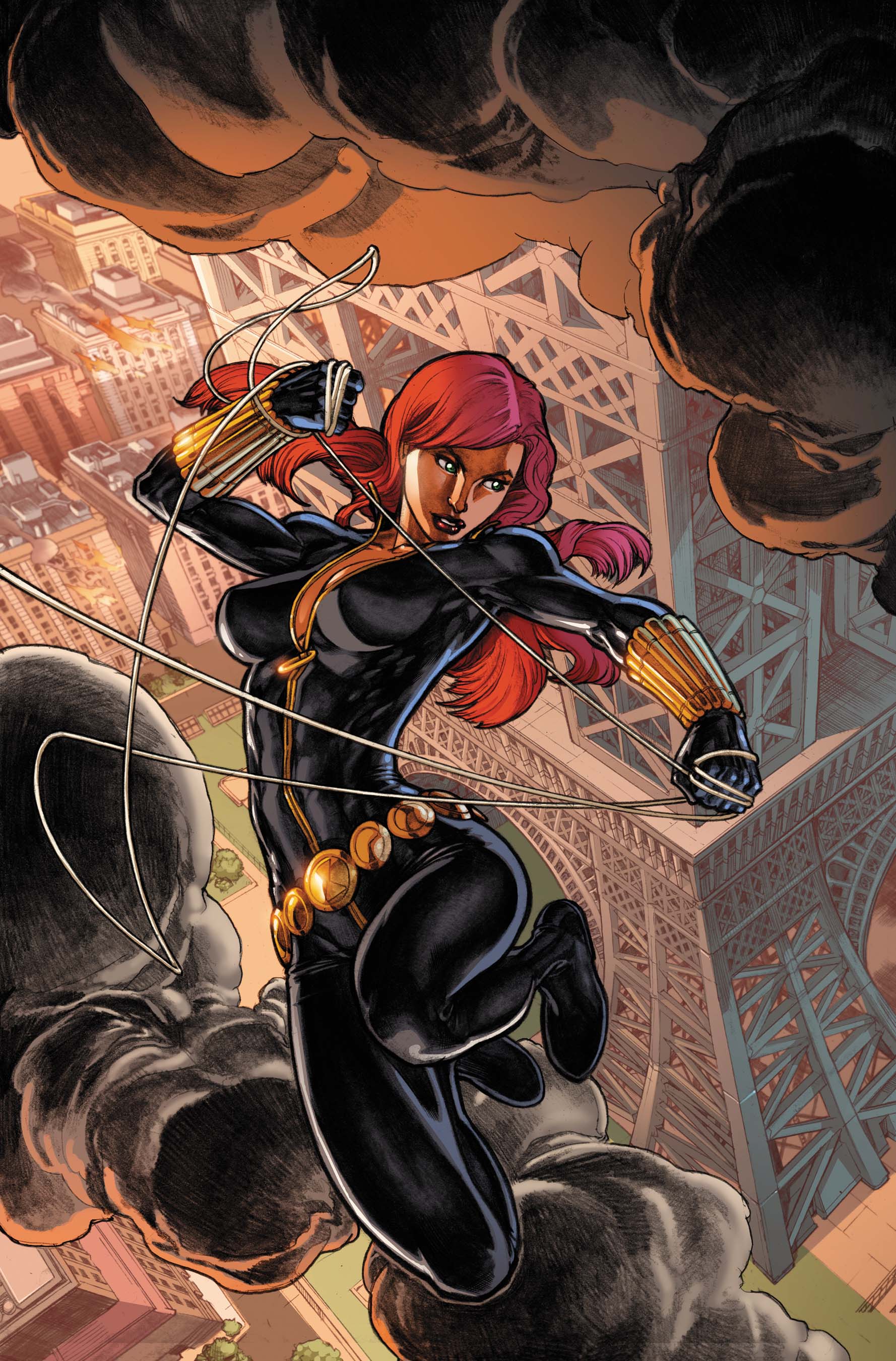 Cullen Bunn and Peter Nguyen, bring FEAR ITSELF to the Black Widow.

This June, Natasha Romanoff is facing down a double threat of dire consequence in Fear Itself: Black Widow #1 – an extra-sized one-shot by acclaimed writer Cullen Bunn (The Sixth Gun) and artist Peter Nguyen. Tying directly into the spiraling madness of Fear Itself, The God of Fear has claimed Paris and a terrorist strike force plans to seize the moment by unleashing a crippling attack! But can the Black Widow really take out the terrorists and the legions of fear in time to save the City of Light?

“Even though she is one of the best spies in the world, she has no super powers, and she’s facing a threat that’s even giving heavy hitters a real run for their money,” said Bunn. “The events of Fear Itself–the worldwide panic and confusion–only serve to isolate her even more. She’s on her own for this one, so she really gets to show off.”

The stealthiest Secret Avenger holds the fate of an entire continent in her hands this June, only in Fear Itself: Black Widow #1!

ON SALE THIS JUNE!

Marvel Entertainment, LLC, a wholly-owned subsidiary of The Walt Disney Company, is one of the world’s most prominent character-based entertainment companies, built on a proven library of over 8,000 characters featured in a variety of media over seventy years. Marvel utilizes its character franchises in entertainment, licensing and publishing. For more information visit www.marvel.com
FOR MORE INFORMATION AND/OR ARTWORK PLEASE CONTACT:
Arune Singh
MARVEL ENTERTAINMENT
212-576-4061
asingh@marvel.com