Marvel is pleased to present your first look at TRON: Betrayal!

Your First Look At TRON: Betrayal #1

Marvel is pleased to present your first look at TRON: Betrayal! Disney Publishing’s TRON: Betrayal is a graphic novel prequel that bridges the story between the first Tron film from 1982 and the upcoming Walt Disney Studios film, TRON: Legacy, which hits U.S. theaters in Disney Digital 3D™  and IMAX 3D® on December 17, 2010. The full TRON: Betrayal graphic novel hits stores on November 16th, 2010.

Kevin Flynn is now in charge of the world’s largest video game company, Encom. The break-through game developer has built the Grid, a digital world filled with living programs except now the new virtual world is about to develop a life of its own and, in order to control it, Flynn’s going to need the help of an old friend…named Tron.

Showcasing a key time of the mythology of the Tron world, TRON: Betrayal #1 will show the early days of the Grid, and the first appearances of the heroes and villains that will be seen in TRON: Legacy. 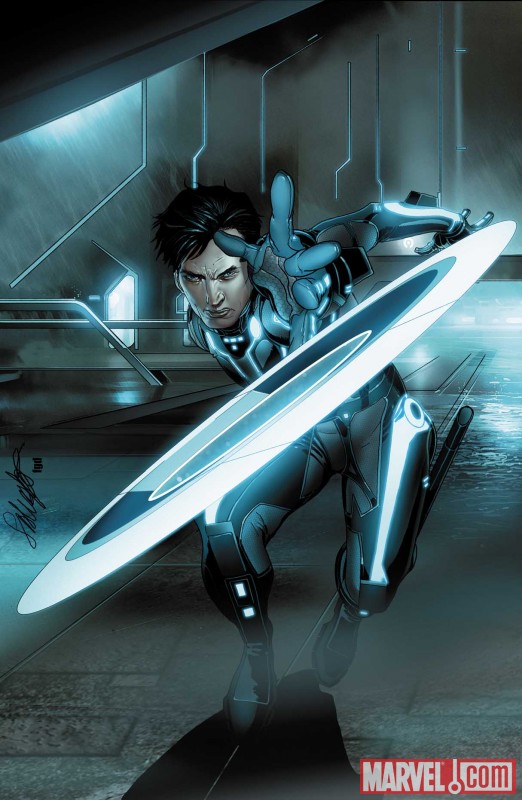 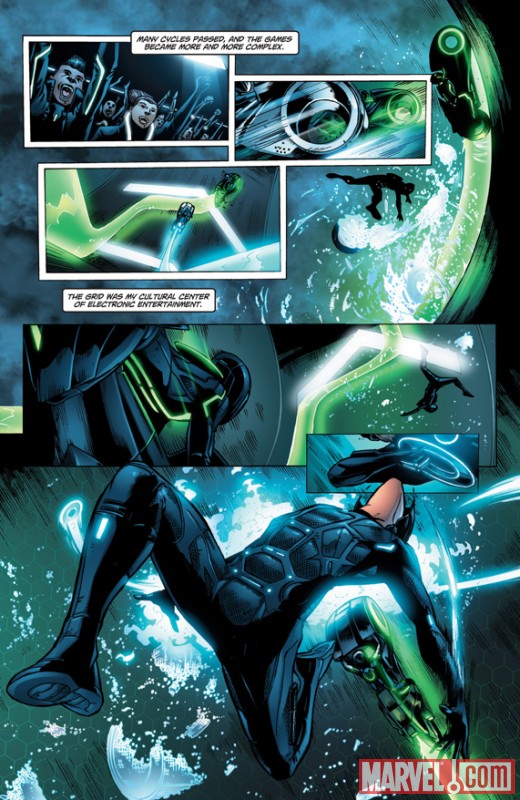 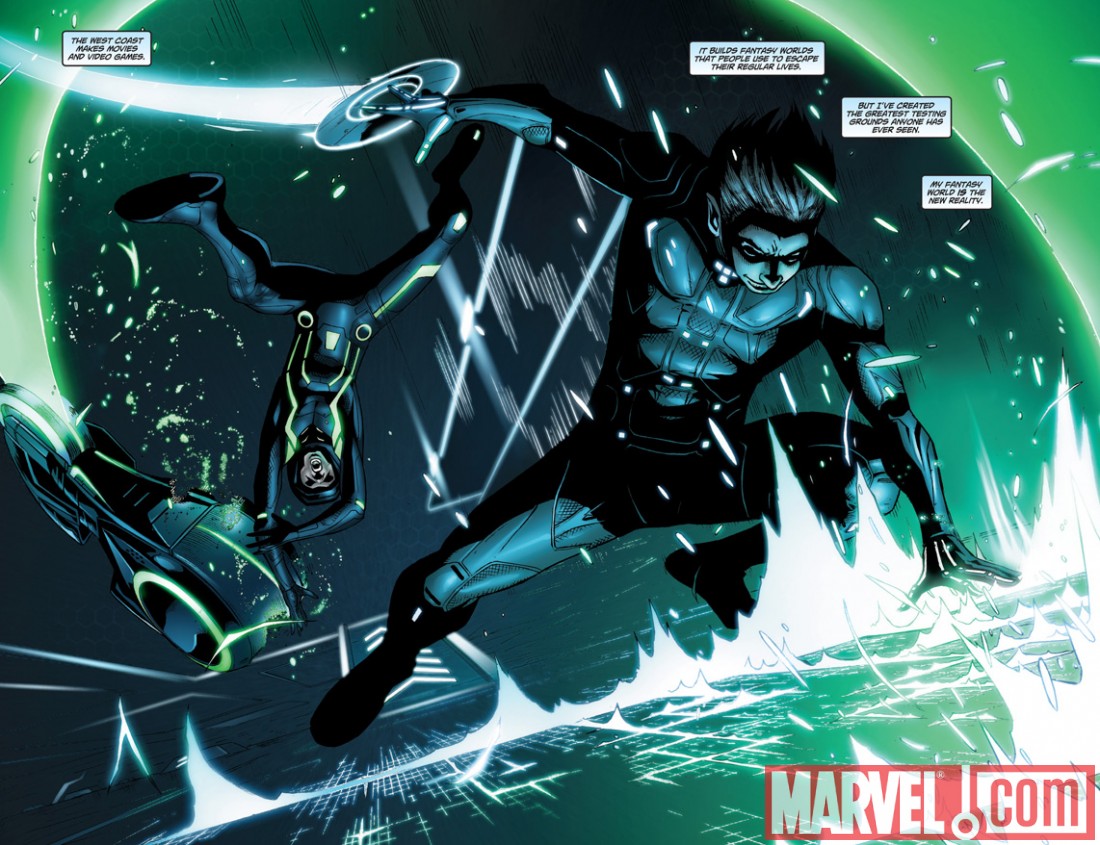 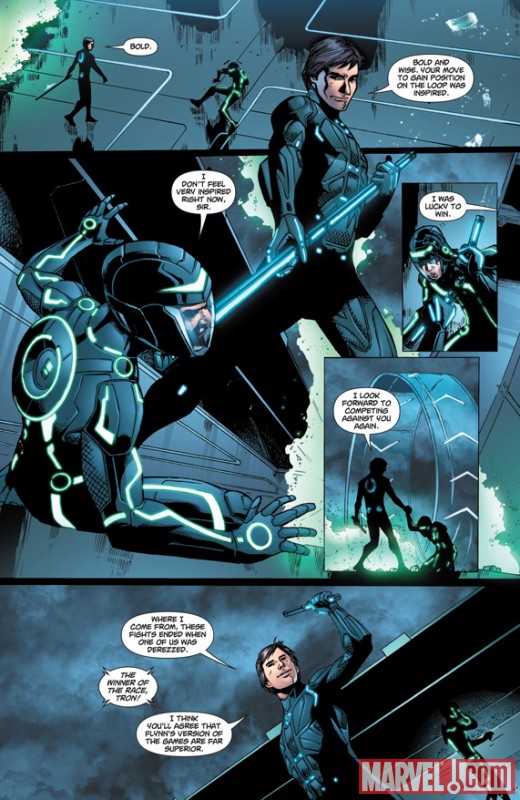 TRON:  Legacy is a 3D high-tech adventure about a father and son (Academy® Award winner Jeff Bridges, Garret Hedlund) who along with the fearless warrior Quorra (Olivia Wilde), embark on a life-or-death journey of escape across a visually stunning cyber universe that is highly advanced and exceedingly dangerous.  Presented in Disney Digital 3D™ and scored by Grammy® Award-winning electronic music duo Daft Punk,  hits U.S. theaters on December 17, 2010.