Mark Bagley Returns to Marvel in DEATH OF SPIDER-MAN

Mark Bagley Returns to Marvel in DEATH OF SPIDER-MAN 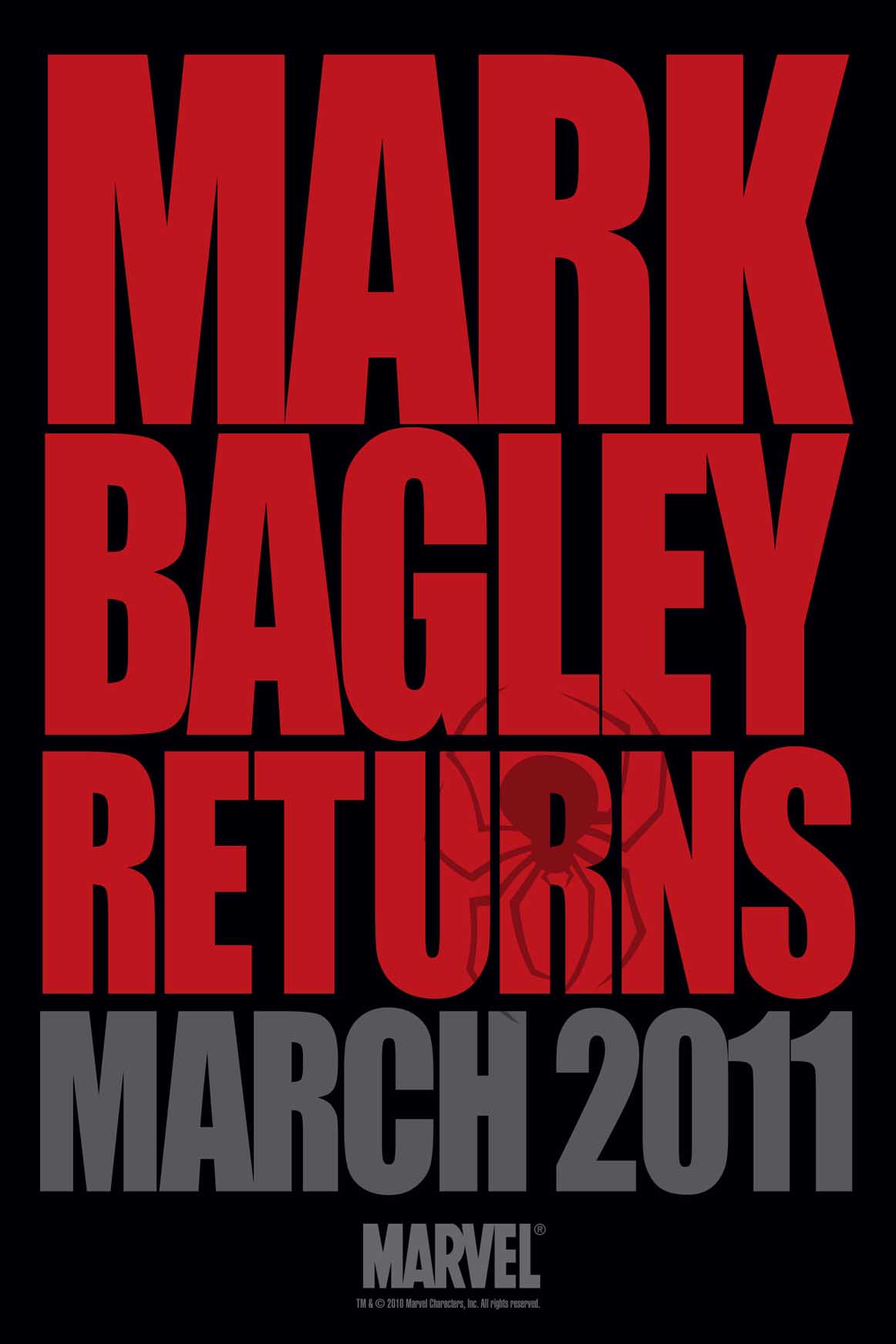 “While I appreciate the opportunities DC afforded me, it’s great to be coming home to my first love—Marvel,” said Bagley. “I’m thrilled to be working with Brian again and I’m totally excited by our new project.”

Together, the team of Bendis and Bagley revolutionized the comic book world with Ultimate Spider-Man, setting a new record for consecutive issues by a single creative team and producing some of the most acclaimed comic books of all-time.

Bendis exclaimed. “I’ve been jumping up and down with excitement! Mark and I have huge plans this year both in both the Marvel Universe and Ultimate Comics Universe and this is just the beginning. Join me in saying my new favorite catchphrase:  Bagley’s Back!!”

The team that sold over a million copies of Ultimate Spider-Man Vol.1 is back together for their biggest story yet—“Death of Spider-Man”—because in the Ultimate Universe there are no rules and you never know what to expect next!