Twenty years ago, the world was rocked by the emergence of real-life superheroes. Sports and entertainment industries collapsed overnight as people run across the planet and punch through walls changed the word forever. A new global culture formed around these bigger-than-life beings and now the generation raised in its wake must fight to find a place in this brave new world! By pairing the energy and excitement of the original Image superheroes with modern, innovative storytelling, Keatinge and Szymanowicz have crafted a modern superhero epic that could only begin on Image’s 20th anniversary.

“HELL YEAH exists because Image Comics exists,” explained Keatinge. “I read superhero comics my whole life, but when Image Comics debuted, it made me realize all the rules and restrictions I saw in other superhero comics didn’t have to exist. Anything could happen. You could kill lead characters in first issues. Obliterate
long-standing villains in a page turn. They could be in different tone than what’s normally presented by the diversity shown in anything from YOUNGBLOOD to CASUAL HEROES. They didn’t have to be noble, they didn’t have to maintain the same status quo. It was turned into a genre where the term ‘impossible’ didn’t exist. Due to all this my imagination went into over drive and after twenty years of percolating in my brain, HELL YEAH was born.”

“I’ve been having a ball drawing HELL YEAH and watching how these characters develop, and at the same time its just a great blend of mainstream and indie comics coming together,” added Szymanowicz. “On one hand they are just like how I was at this age: aimless, going to rock shows and trying to find someone to date. Then there’s the side of it where they are in this superhero world and can sorta kick somebody’s ass (or get their own handed to them) from time to time.”

HELL YEAH begins with Ben Day, a college student who finds out versions of himself are being murdered throughout the Multiverse. He must determine where his life diverged from his other selves and just why these crimes have taken the interest of even the world’s greatest super-celebrities. Keatinge and Szmanowicz build a sweeping world with a massive cast of characters, a world that threatens to destroy Ben’s very existence.

“Nothing excites me more than raw, undiluted creativity, and HELL YEAH delivers that in spades,” said Image Publisher Eric Stephenson. “Joe and Andre are dragging superheroes kicking, screaming and spitting blood into a brave new world where the impossible is possible, nothing is sacred and no one is safe. HELL YEAH, indeed.”

HELL YEAH #1 (JAN120501), an 32-page full-color superhero comic book with no ads for $2.99, will be on sale in stores and digital platforms on March 7 and is available for order in the January issue of Previews. A preview of the first issue of HELL YEAH will be featured at the end of John Layman and Rob Guillory’s CHEW #23 on
January 18th. 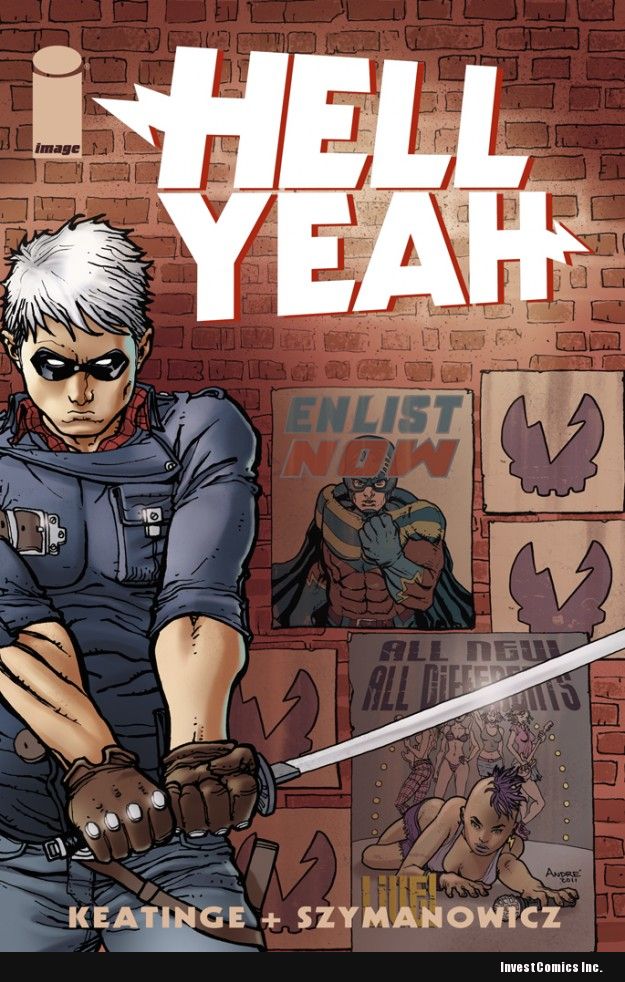