Geoff Johns has announced that his nine year run as the writer of GREEN LANTERN will wrap up with issue #20.

So here’s the sad news: Doug Mahnke and I are closing the GREEN LANTERN SAGA that began with GREEN LANTERN: REBIRTH #1 with this May’s 64-page GREEN LANTERN #20. As every storyline is coming to a head, it feels like the right time. The book is still doing great. The characters are as vibrant as ever. Let’s go out how we started – on a high note.

Counting up between the GREEN LANTERN monthly series, REBIRTH, BLACKEST NIGHT and the various one-shots and specials…that makes over 100 issues of GREEN LANTERN I’ve had the absolute privilege, pleasure and fortune to write.

He went on to tease his final issue and his continued work on JUSTICE LEAGUE OF AMERICA.

So what will GREEN LANTERN #20 bring? The bizarre return of Hal Jordan, the final fate of Sinestro, the revelation of the First Lantern and an ending that I hope pays off everything we’ve ever done and ever created with GREEN LANTERN. It has art by Doug Mahnke, Ethan Van Sciver, Ivan Reis and Joe Prado and I’ve poured everything I can into the script.

I’m off to focus my energy on the JUSTICE LEAGUE universe as we head into what I hope is an exciting plan – Simon Baz and B’dg will be along for the ride in JUSTICE LEAGUE OF AMERICA – and you’ll no doubt see Hal Jordan and some of the other Lanterns in the world of the Justice League before too long. And Sinestro…? You’ll have to read GREEN LANTERN #20 for that…

And, of course, he ended by saying

In Brightest Day, In Blackest Night –

All Will Be Well,
Geoff

As yet, no word on who will be taking over writing chores for the series. 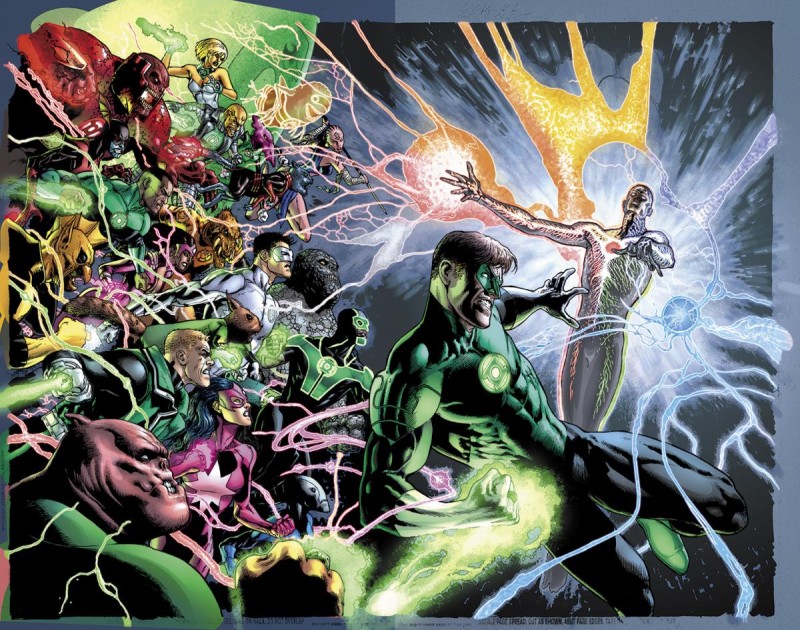