Two Ghost Riders battle to free Heaven from the clutches of the renegade angel, Zadkiel.

The Battle for Heaven Begins in Ghost Riders: Heaven’s on Fire #1!

The renegade angel Zadkiel finally conquered the celestial city of heaven and now the only obstacles in his way are the Ghost Riders! Danny Ketch and Johnny Blaze, the two remaining Spirits of Vengeance, must team up to stop Zadkiel in Ghost Riders: Heaven’s on Fire #1!  The Write Stuff acclaimed scribe Jason Aaron (Wolverine: Weapon X) joins with rising star artist Roland Boschi for an action packed supernatural epic! As the two wayward brothers join forces, their only hope to save the world may be… the antichrist?  The race is on as Zadkiel and his obsequious minions act to thwart Biblical prophecy by killing the newly born antichrist!  This is the perfect jumping on point for fans new and old who’ve been captivated by Aaron’s lauded Ghost Rider series! Plus, don’t miss two covers by superstar artist Jae Lee!

See what critics are saying about Jason Aaron’s thrilling run on Ghost Rider:

“Jason Aaron has been writing the best Ghost Rider comics in history over the past year and a half, and I want to see what he has planned for the epic conclusion.” – Timothy Callahan, ComicBookResources.com

“This is as good as it gets.  You really need to pick this comic up. Hell, you need to go back and pick up Aaron’s entire run. You won’t be sorry.” – Paul Brian McCoy, Comicsbulletin.com 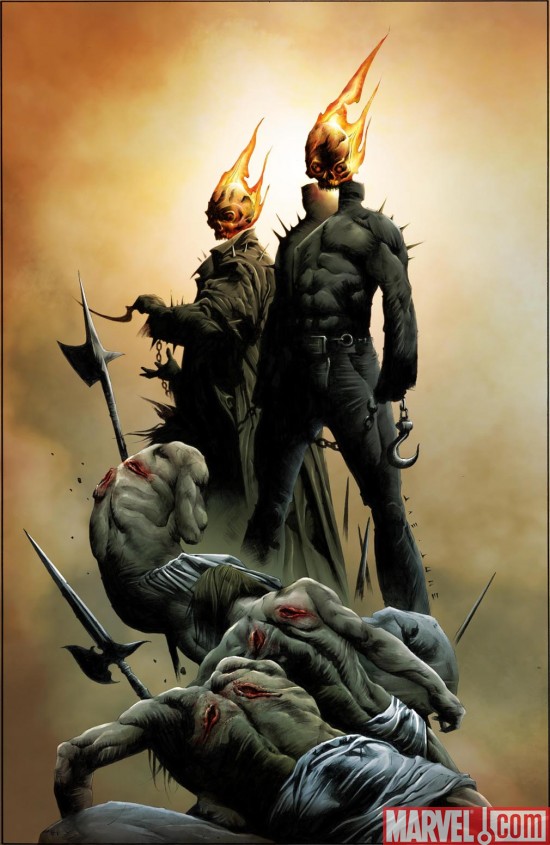 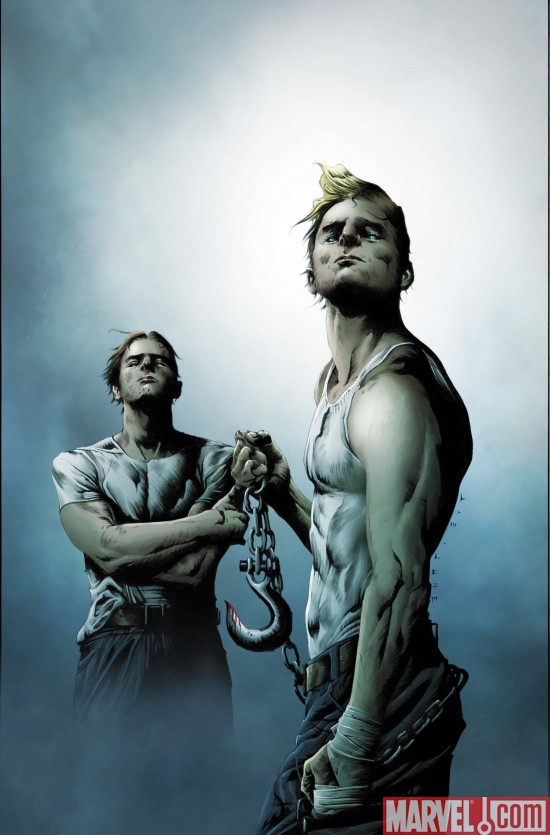 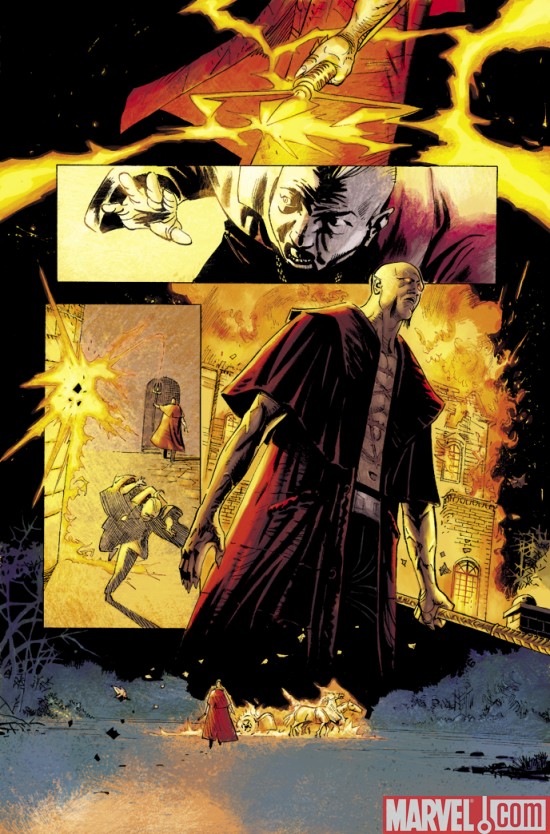 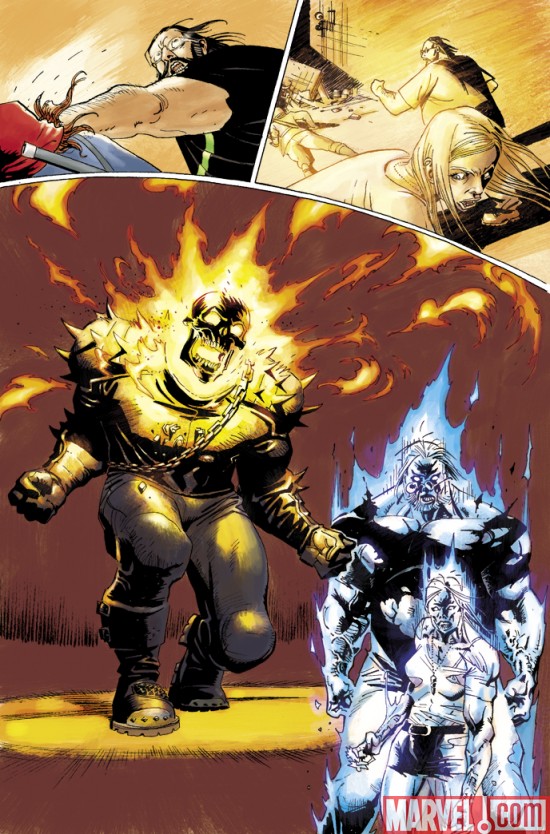 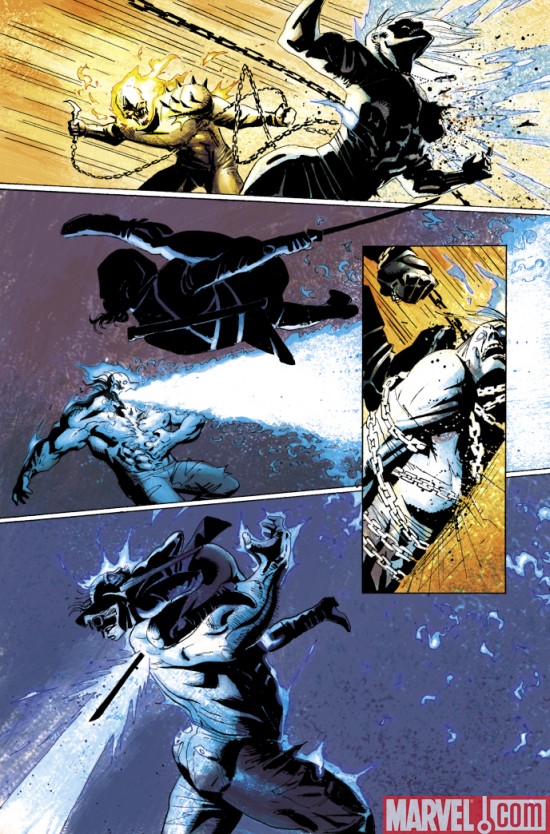 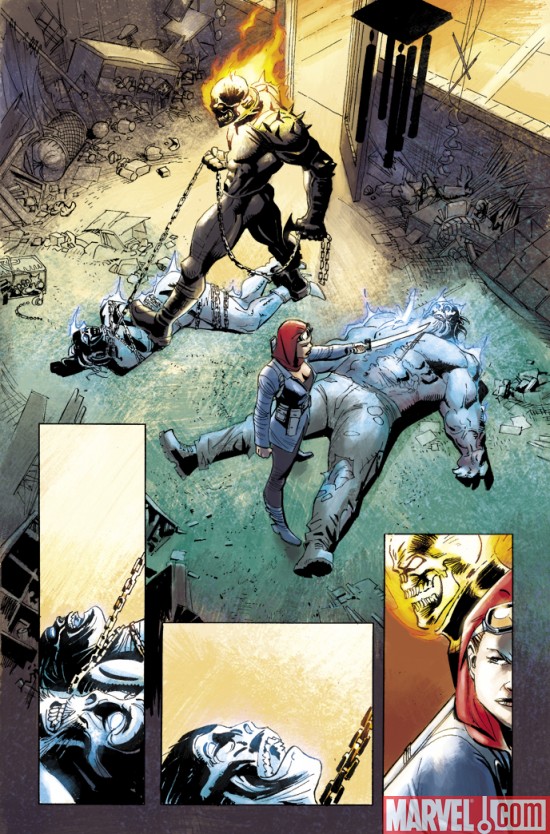 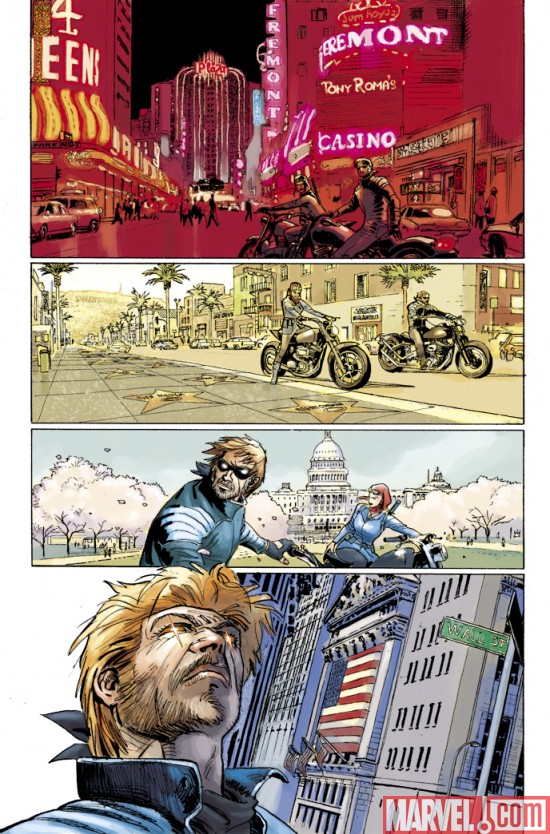