DC’s THE SOURCE blog has opened up about the new GREEN LANTERN #1, and related titles. Here’s a teaser and the series descriptions:

This fall, Johns reunites with artists Doug Mahnke and Christian Alamy, as the series begins anew with GREEN LANTERN #1 with cover by Ivan Reis and Joe Prado. Together they will continue to thrill readers and expand the Green Lantern mythos.

Change is coming. But set aside your fear. It’ll be worth the wait.

When deadly conflicts emerge across the universe, it’s up to Guy Gardner, John Stewart and an elite Green Lantern strike force to keep the peace.

GREEN LANTERN CORPS #1 will be written by Peter J. Tomasi with art by Fernando Pasarin and Scott Hanna. The cover to #1 is by Doug Mahnke and Christian Alamy.

Who are The New Guardians?

The power of Rage, Avarice, Fear, Will, Hope, Compassion and Love combine to be the most powerful (and colorful) team in the corps under the leadership of Kyle Rayner. Beware their power . . . and their volatility!

GREEN LANTERN: THE NEW GUARDIANS #1 will be written by Tony Bedard and illustrated with cover by Tyler Kirkham and Batt.

Going solo. Atrocitus and his Red Lantern Corps return in their own series, battling against injustice in the most bloody ways imaginable. This Lantern Corps takes no prisoners, they are judge, jury and executioners!

RED LANTERNS #1 will be written by Peter Milligan with art and cover by Ed Benes and Rob Hunter. 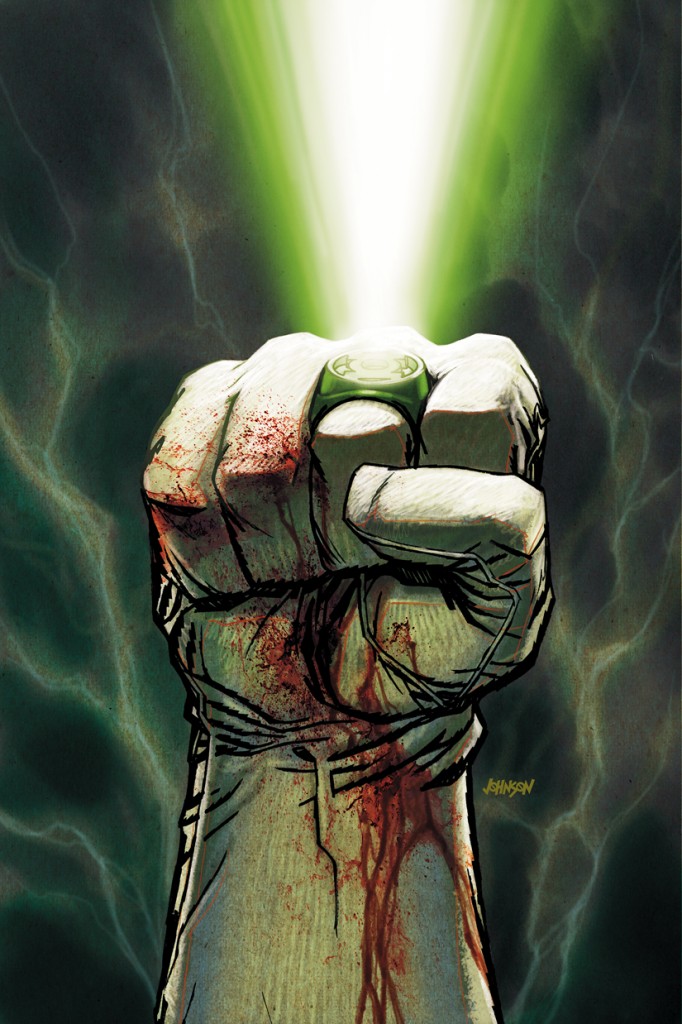