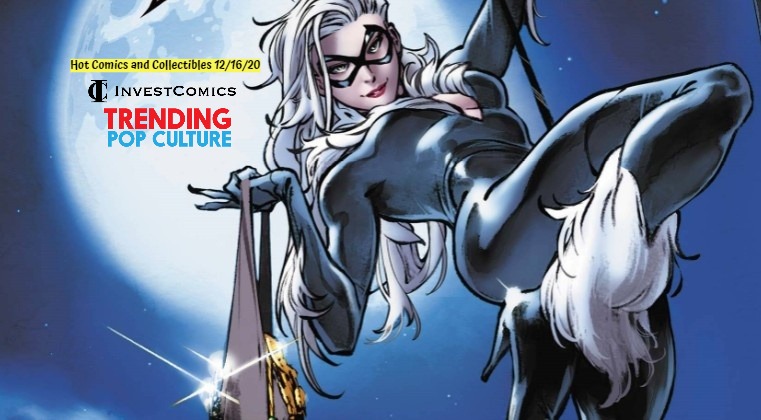 InvestComics/Trending Pop Culture; SINCE 2005.
Here are this week’s top Trending Comics, Best Cover Art, and Trending Collectibles headed your way this Wednesday 12-16-20
Click on the RED links, Images, or the comic cover to buy/bid from All available sellers on eBay
Please note: New comic book releases and items are subject to change.

Black Cat #1 – With the previous series ending at issue number 12, we pick up with a new series. Is this a limited one? Will this end at 12 issues? Hopefully not. Writer Jed Mackay and artist C.F. Villa are on board.
Wolverine Black, White & Blood #2 – Top talent in the comic industry lend their creativeness to this three-color series. Anytime a comic contains the names Chris Claremont and Wolverine together, one should get interested. The ridiculously, eye-popping covers definitely help in the eyeball department.
The Immortal Hulk #41 – The Immortal Hulk vs. Thing. What comic fan doesn’t love a good old fashion throw-down? The Hulk and Thing first met 57 years ago in Fantastic Four #12 (1963). Writer Stan Lee and artist Jack Kirby. The 2020 fight is written by Al Ewing and drawn by Joe Bennett.
Captain America #26 – Any time you get a cover like the one Alex Ross is providing, fans will take notice. Not only a total bad-ass Red Hulk/Cap cover, but a black trim too. The black cover challenges the collector to pull a high grade if looking to slab.

Superman #28 – The final issue from the creative team of Brian Michael Bendis, Ivan Reis, and Joe Prado. The information given is that there will be a “powerhouse moment” within this comic. What will it be? Keep an eye on this one speculators. Readers, hopefully, we get delivered that punch.
King In Black The Immortal Hulk #1 – The hottest crossover story hits the once hottest title at Marvel in this one-shot number one issue. Writer Al Ewing and artist Aaron Kuder.
Catwoman #28 – The first appearance of Catwoman and the Strays.
Second Coming Only Begotten Son #1 – The first series of Second Coming was met with massive controversy and was dropped by Image Comics. Ahoy Comics swooped in and grabbed it. The sold-out series did well for them. Now the follow-up arrives. Writer Mark Russel and artist Leonard Kirk.
Batman #105 – It’s a wrap. Batman vs. Ghost-Maker in a final battle for Gotham. DC states the fate of Clownhunter is in the balance. It is? He’s only three issues old. Does anyone care that much?

Blade Runner 2029 #1 – A new Blade Runner story set within the same timeline. A series from creators Mike Johnson, Michael Green, Andres Guinaldo, and Peach Momoko. The Peach cover is sure to draw some attention, as does all the Momoko covers do these days.
Symbiote Spider-Man King In Black #2 – Black suit Spidey teams up with the Black Knight to fight aliens. No, for real. Peter David writes, so you know you’re in for a treat.
Teen Titans Endless Winter Special #1 – The first appearance of Black Ice. Is she friend or foe?
Post Americana #1 – New series from Steve Skroce (writer) and Dave Stewart (artist). Image Comics.
The Expanse #1 – A comic story based on the Amazon TV series. Written by Corinna Sara Bechko and drawn by Alejandro Aragon. 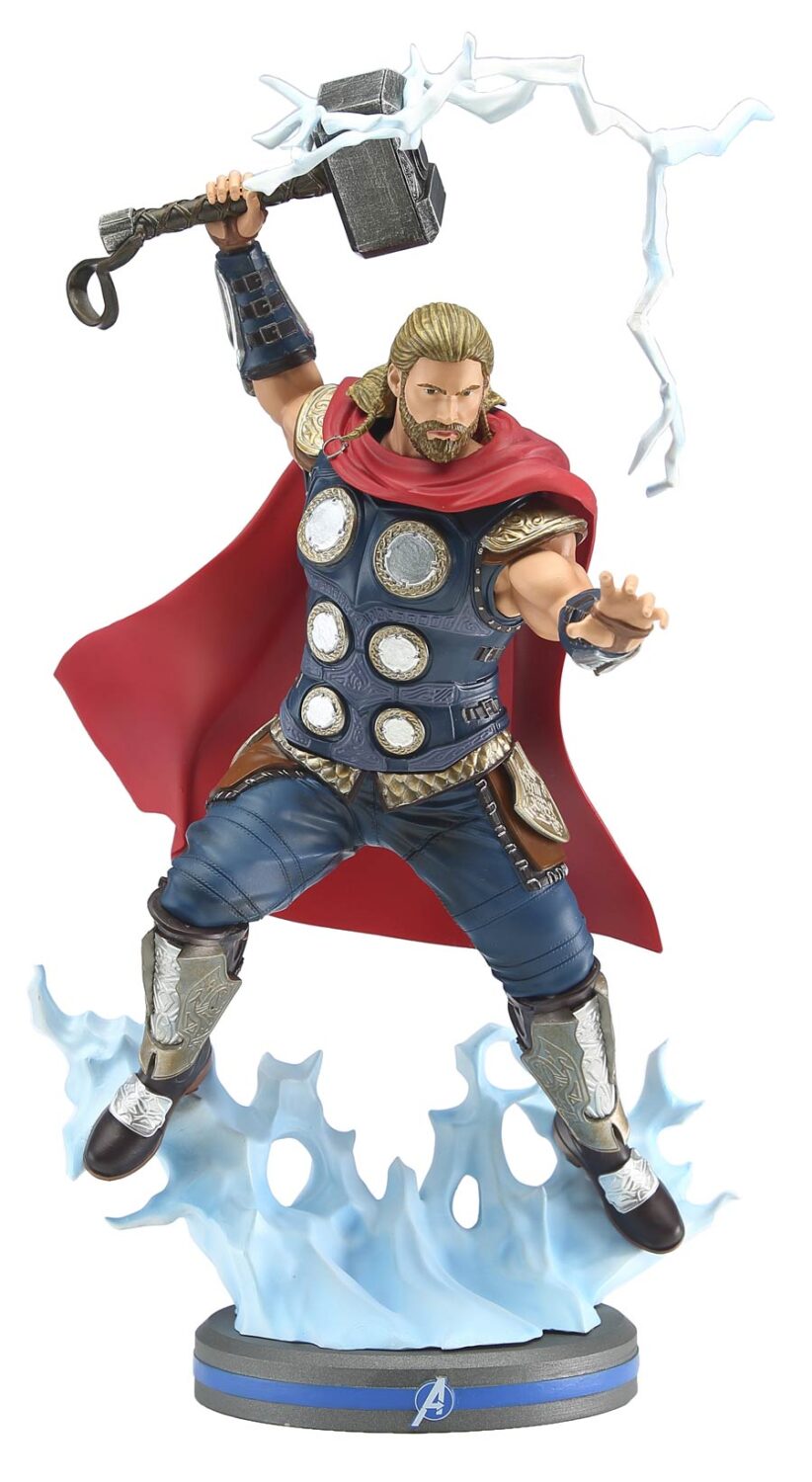 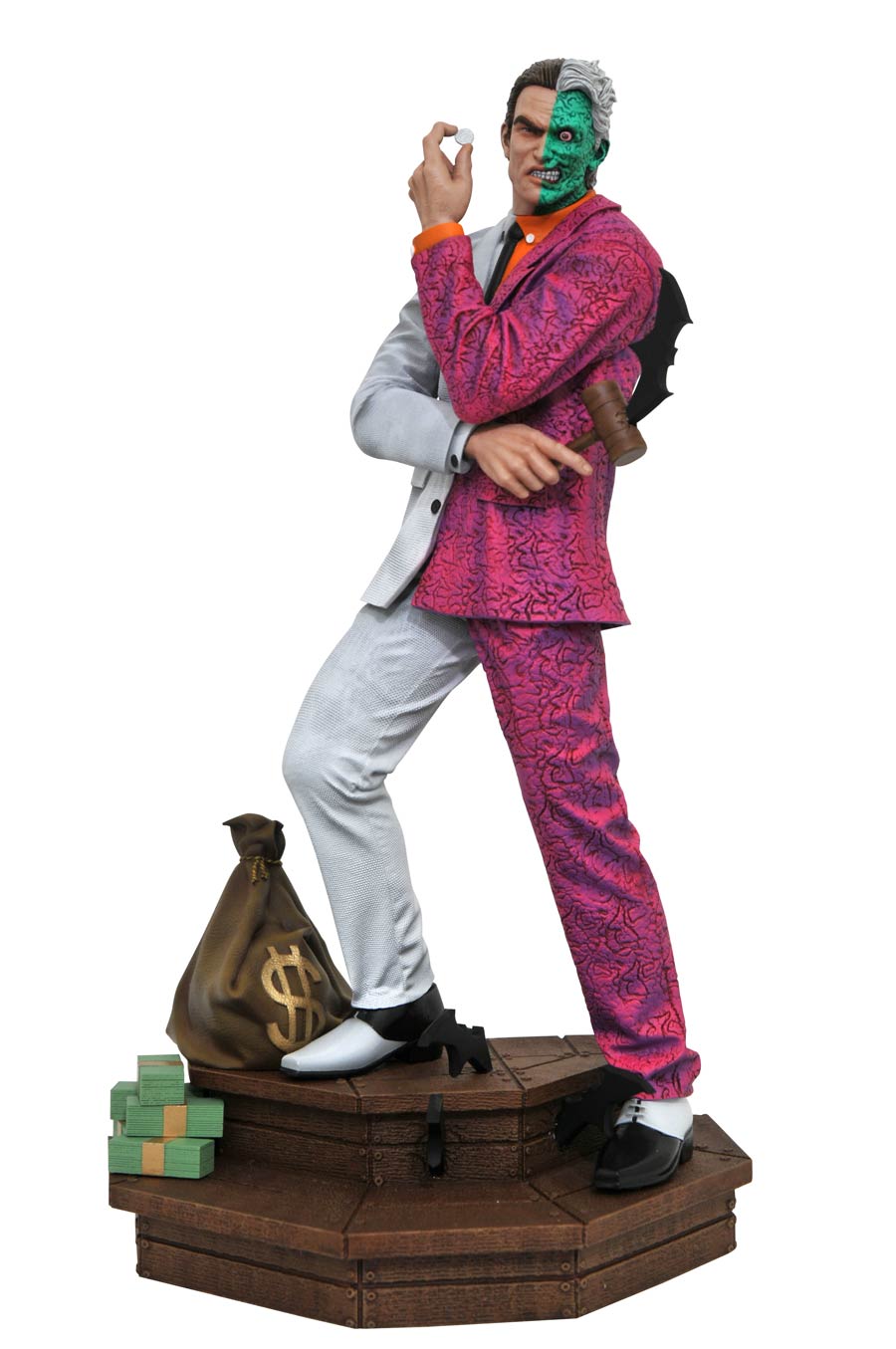 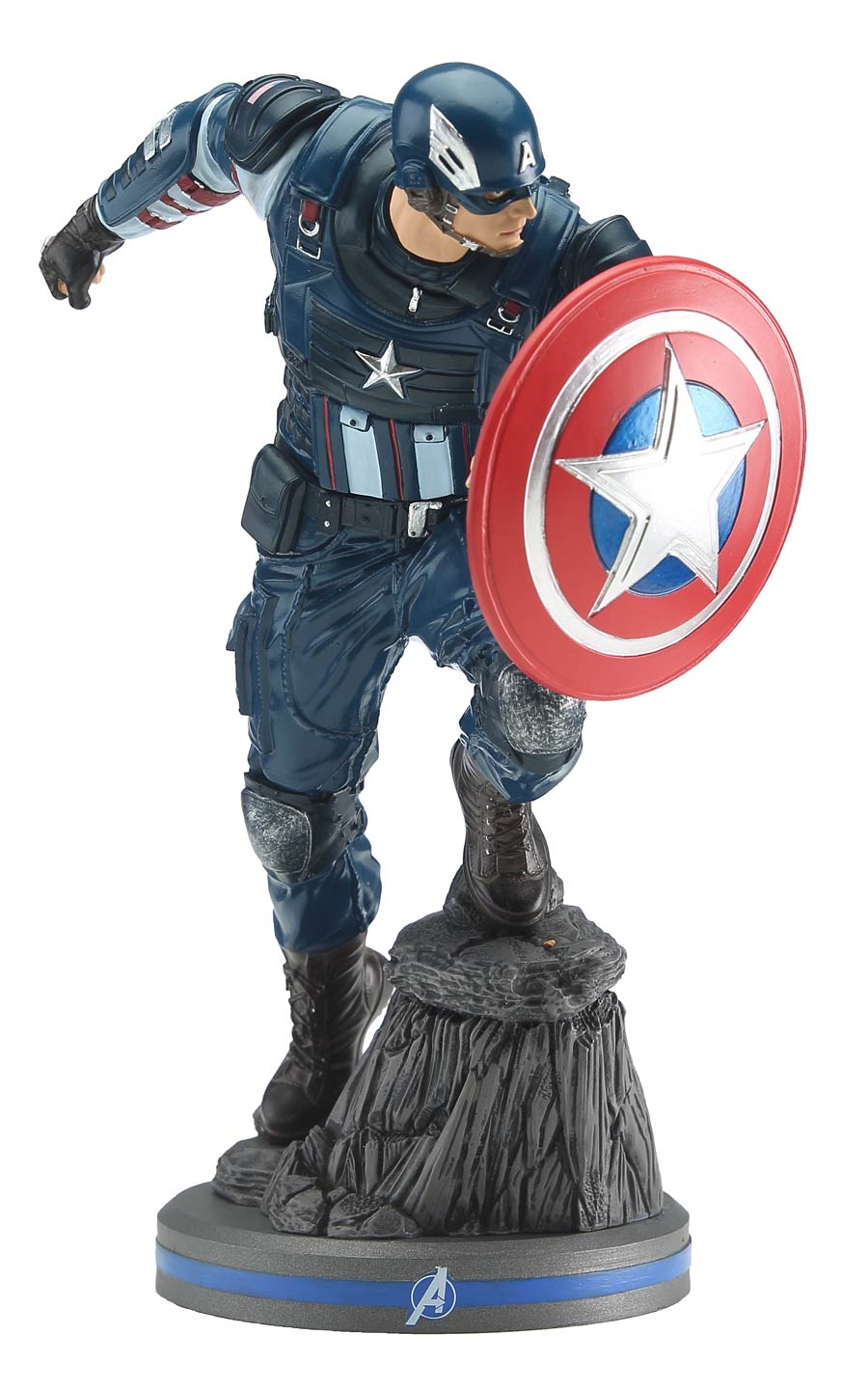