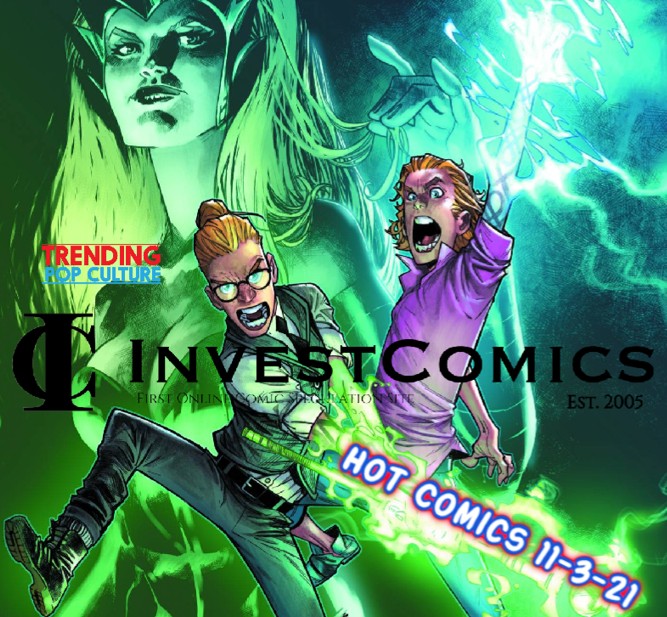 InvestComics/Trending Pop Culture; SINCE 2005.
Here are this week’s top Trending/Spec Comics out this Wednesday 11-3-21.
Click on ALL Red-Highlighted LINKS/Comic Covers to BUY/BID from ALL available eBay sellers.

Knighted #1 – A new series from Artist, Writers & Artisans publishing. It’ll probably sell out by the time you get to the second section of this article, so you best get on this Batman likeness twist story now if you want to be in the know. The introduction of Bob, as The Knight. The premise itself seems so whacked out but awesome. Bob accidentally kills the city’s crime-fighting vigilante and then assumes his identity as the NEW Knight. Using the assistant/butler to help train him. Good luck with that! Gregg Hurwitz will write and Brian Reber will be the artist on this soon-to-be hit series.
Dark Knights Of Steel #1 – Whenever a “new universe” is created within the confines of the Marvel or DC Universe, collectors should definitely pay attention. In recent memory, if you are not THAT old, you’ll recall the Planet Hulk uni, The Batman Who Laughs uni, the Spider-verse uni, just to name a few. The aforementioned new universes have gone on to create quite the success for themselves and are still a ways away from being done (in our opinion). For one to have gotten in on the bottom floor, in regards to first appearances and rare variant first appearances, you’re in a good place. Why all of this talk about new universes you may ask, well DC is about to embark on a new rollercoaster and Its name is Dark Knights Of Steel. The Dark Knight universe mashes with medieval. Seems interesting and definitely worth checking out. Something total badass in seeing Batman on a horse with a sword. We are so in here. Entertain us! The superstar team of Tom Taylor (writer) and Yasmine Putri (artist) will usher in the new Knights Of Steel universe. Bring it!
A Thing Called Truth #1 – A new LBGTQ+ title from Image Comics. Writer Iolanda Zanfardino and artist Elisa Romboli.
Two Marvel releases, number one issues, this Wednesday will focus on the “death” of Doctor Strange. The Strange Academy kids have been on the InvestComics radar since their debut a little while back. Many pursued and acted out on our love for the new idea/series from creator Skottie Young. The greed monsters then acted out in ripping off the masses and setting the speculation bar in a place it had no business being at. Of course, as history would have it, prices have since come down and many are now in the red with their spec book. Strange Academy Presents: The Death Of Doctor Strange #1 will be a good one-shot(?) addition to your Academy collection. For the obvious reasons regarding the death of their mentor and having to deal with the realms on their own. Skottie Young writes and Michael DelMundo will draw. The second “death” book will be The Death Of Doctor Strange: Avengers #1. Alex Paknadel writes and Ryan Bodenheim will pencil. 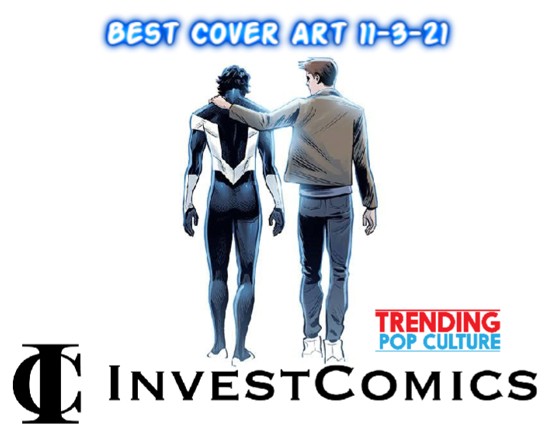 Justice League Incarnate #1 – The Justice League Incarnate will defend the universe against Darkseid. Comic fans love a fight, so here’s one for ya. Writers Joshua Williamson and Dennis Culver. Artists Brandon Peterson and Andrei Bressan.
Chilling Adventures In Sorcery #1 – Archie is promoting this comic as “The Future of Archie Comics Starts Here….” We really get zero explanation for this selling point though. The future how? A new horror line we presume, right?
Batman Superman: The Authority Special #1 – This DC Comics one-shot carries an all-star creative team.
Newburn #1 – A new crime/mafia series from Image Comics. Writers Chip Zdarsky and Nadia Shammas. Ziyed Yusef Ayoub pencils.
Spawn #323 – Look for a possible first appearance here, as a classic Spawn villain makes an appearance too. 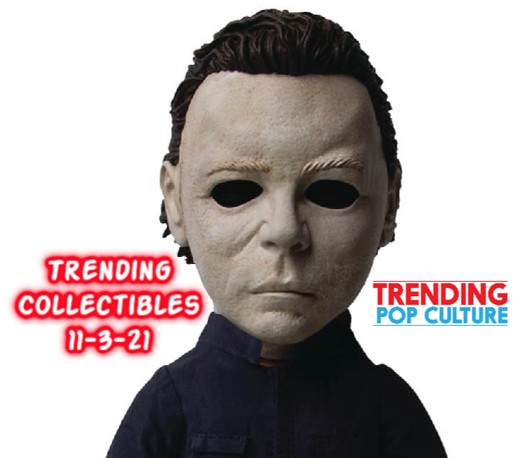