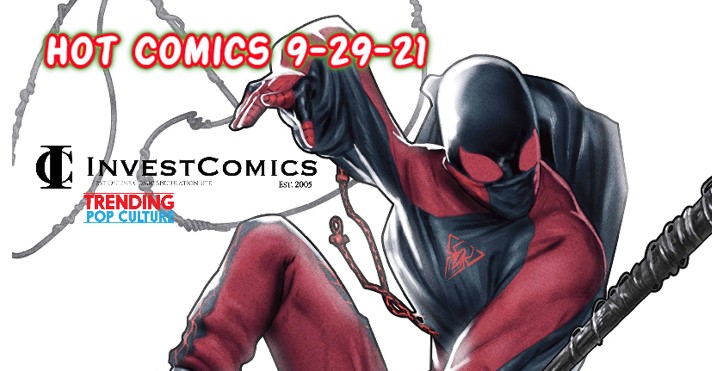 InvestComics/Trending Pop Culture; SINCE 2005.
Here are this week’s top Trending/Spec Comics and Best Cover Art out this Wednesday 9-29-21.
Click on ALL Red-Highlighted LINKS, comic covers to BUY/BID from ALL available eBay sellers.

Spawn #322 – With the announcement of the new Spawn Universe a little while back, Todd McFarlane has rekindled a fire under the whole Spawn spectrum. Now if he could only work that magic for the entire comic industry, that would be nice too. It’s actually easier than one may think to do something like this. The “big 2” could hire him out to do a small run on some of their titles. Yes, he’d be an expensive hire, but the marketing here outweighs anything you’d spend on him. A Spider-Man mini and a Batman mini. This would ignite a whirlwind of interest in the comic community. It would also solidify Todd’s place within the comic industry as the official next “Stan Lee”. We have already anointed Todd the modern-day Lee years ago, in the marketing sense within the industry, but a move like this would cement his knighthood. Okay, enough of the McFarlane lovin’, why is Spawn #322 featured in the Hot Picks this week? It’s a first appearance, that’s why. The first appearance of a new villain named, the Disruptor. A definite interest here for collectors.
Miles Morales Spider-Man #30 – Marvel is touting this comic as the first appearance of Miles Morales’ new costume, but he appeared with the new costume in the previous issue and a Dark Ages #1 variant cover. So, with the hype train hitting and the dope Taurin Clarke cover here, this may catch some interest. Most “cool” covers are a quick flip turnover these days. They garner a whole bunch of attention, the price goes up, then tanks very soon after. Be careful with these quick buck money-grabs. You’ll most likely end up in the red.
Darkhawk #2 – Keeping on the topic of the speculation market, this character is the poster child of a comic book market in disarray. We’re about to school everyone on what’s what, so pay attention class. Some collectors (and “expert” websites”) have ramped up a base and made something of nothing. Saying that Darkhawk will be appearing in a movie. Absolute baseless claims here. Just rumors and zero validity or concrete evidence or ink dry on a contract anywhere. By causing this ruckus, the Darkhawk comics have skyrocketed into a place they simply do not belong. We’re not hating on the character here, but being realists within a ballooned speculation market and we are always trying to straighten out the thought process within the minds of collectors. We’re not here with an agenda, never were, we’re here to educate, entertain and bring interest to the hobby, not manipulate meaningless comic books based on a rumor or entice a big turn-over on a pretty cover. A CGC graded Darkhawk #1 (1991) “newsstand” (more nonsense) 9.8 sold for $1,100 recently. A total of 2375 (and counting) of this number one issue have been graded to date. This is not counting CBCS. Now, follow along as we present some hardline numbers for you. Out of the total (so far) 2375 graded books of the first appearance of Darkhawk, 1586 fall into the 9.6 and higher grades. 789 grades fall below the 9.6 threshold. This means HALF, a significant amount, 67% are sitting at the top tier of grades. Here is another disturbing number, there are 801 sitting in the 9.6 positions and 779 sitting in the 9.8 positions. Ready for this? This means that a THIRD, 33% are sitting at the 9.8 positions. Remember, a “newsstand” sold for $1,100. It truly doesn’t matter whether a UPC code appears on the front of this particular comic or not. Not only is this comic overprinted, but it also is NOT hard to find in a 9.8 grade. Lest we remind you, most of the pricing is DOWN compared to sales a few months back. Use your money wisely, do your research, never let an agenda, a market dictate to you how to spend your monies. YOU should be ahead of it and control IT. IT shouldn’t control you. OR, you just come here and let InvestComics give you the educated, non-bias, no agenda opinion. Now, back to Darkhawk #2 arriving this Wednesday. Spider-Man appears and origin reveals for the newest Darkhawk, Connor Young.
Thor #17 – The “Revelations” storyline concludes. Writer Donny Cates probably has a big ending no one is expecting. Be prepared for a possible big aftermarket bump if the ending is indeed nuts. 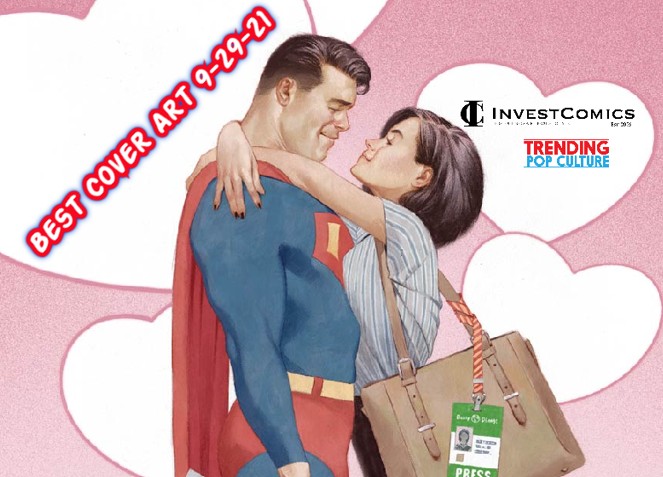 The Marvel #5 – This comic will focus on a character long-lost forgotten about, Dakota North. First appeared in her own titled book, Dakota North #1 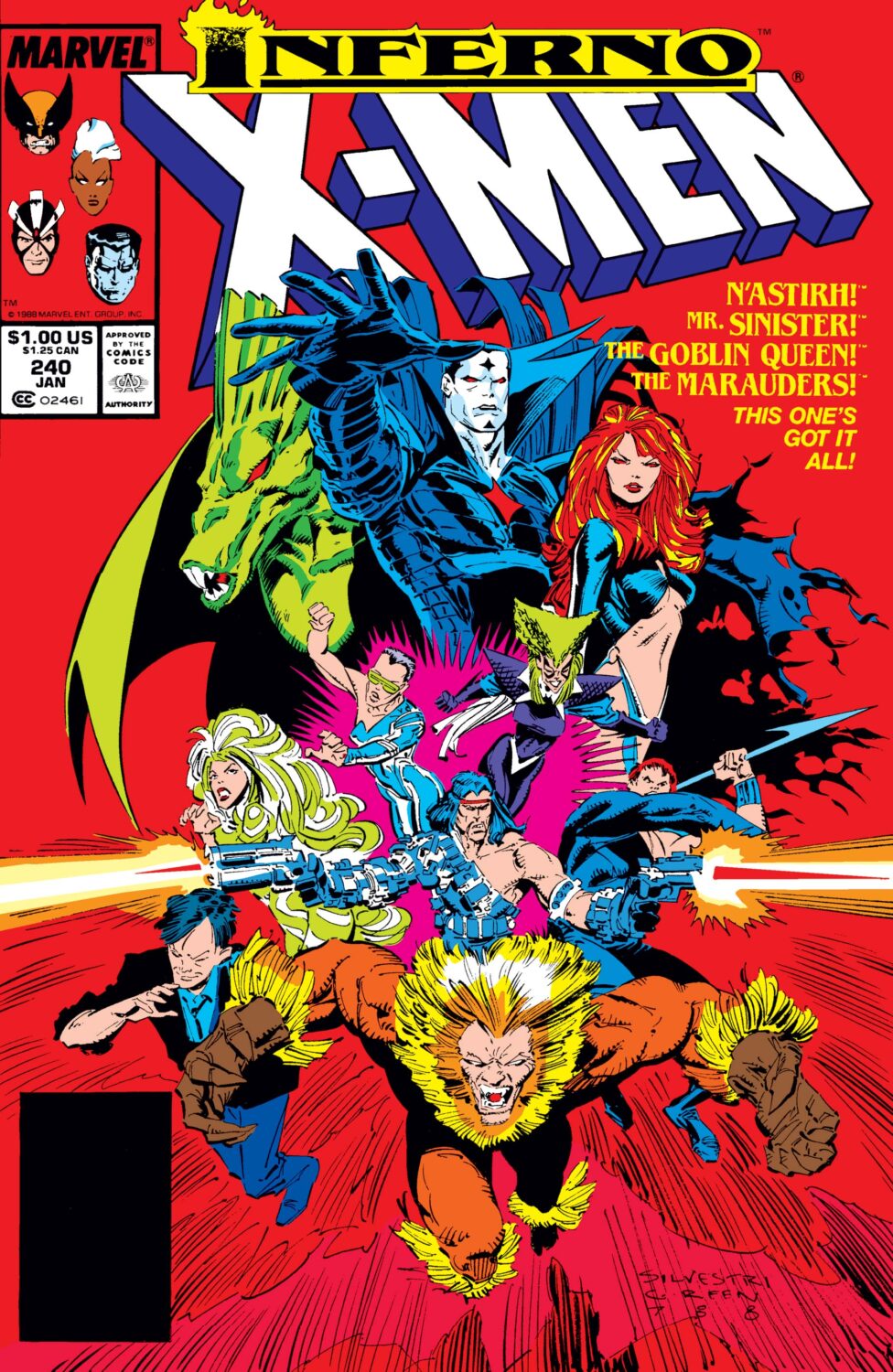 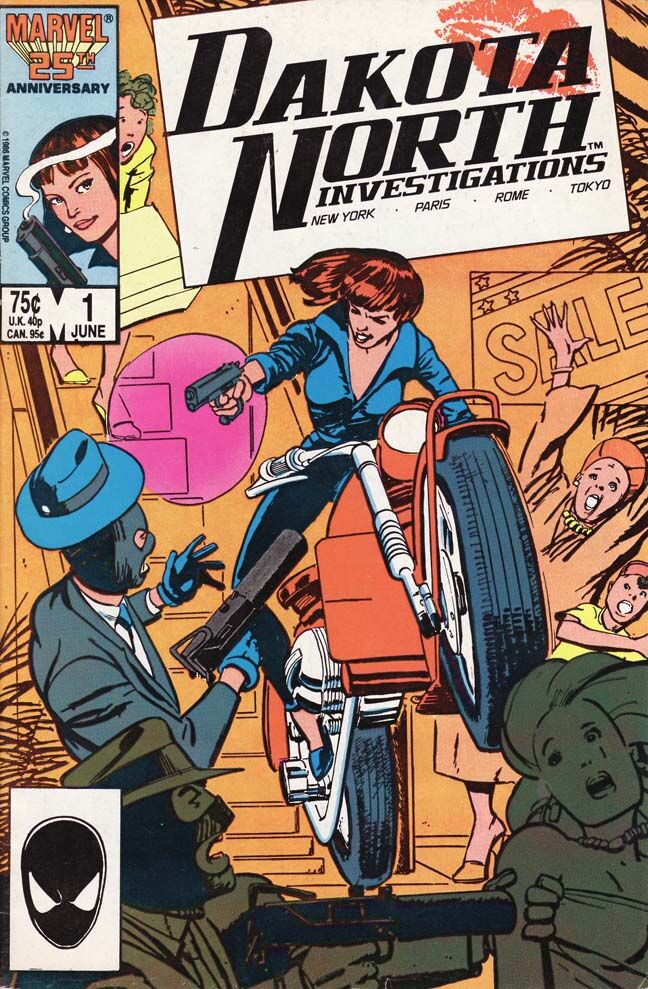 back in 1986. This comic was and still is a nothing-burger. But, do not rule out the character just yet. With the popularity of female characters hitting within the last few years, there is no reason to think Marvel cannot turn this one around into stardom. A raw copy sold for $10 the other day. Zero graded available on eBay. There are only 19 graded copies total for this one, in which 8 of them sit in the 9.8 position. You never know with this upside-down market.
The Amazing Spider-Man #74 – A big issue featuring the wrapping up of 6 major storylines within the Spidey-Universe.
Unborn #1 – New series from Source Point Press. The solicit states this new series is great for the Alien and Power Rangers fans. That’s an odd combo. We’re in! Written by Frank Gogol and penciled by Ev Cantada.
Inferno #1 – The modern-day Chris Claremont X-Men guru, Jonathan Hickman presents the modern-day X-Men Inferno storyline. The original Inferno mega-crossover back in 1989 was a biggie. Superstars Louise Simonson, Chris Claremont, Steve Engelhart, Gerry Conway, David Michelinie, Ann Nocenti, Walter Simonson, Jon Bogdanove, and Terry Austin were all involved. Fun times! 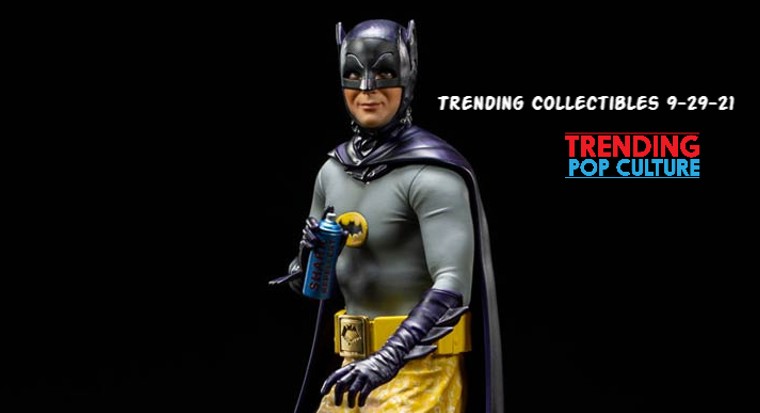 Non-Stop Spider-Man #5 – Marvel is really hyping this issue. They won’t reveal what or will is about to go down in this issue. Writer Joe Kelly and artist Chris Bachalo are really bringing their A-game to this series.
Deathstroke Inc. #1 – Who doesn’t like a number one issue from everyone’s favorite hired assassin? Even better here, he teams with a new teammate, Black Canary.
Extreme Carnage Omega #1 – Another week, another number one Carnage comic. These are fun though. Always a possible first appearance lurking in these issues.
Darkhold Alpha #1 – A new Marvel “horror?” comic series. With the continued success in the indie comic world of horror-based storytelling, Marvel joins the fray. The premiere issue cover really borrows from Donny Cates’ Crossover #1 comic too.
Gun Honey #1 – This Titan Comics release was already covered in last week’s Hot Picks, it was delayed, so we’ll feature it this week again. Yes, we dig it that much. That Bill Sienkiewicz cover rocks too.

Click the InvestComics banner (or the yellow/red link) and check out all of the First Appearance comics available on eBay.

Here is this past Wednesday’s CSSully Twitch video. Featuring InvestComics/Trending Pop Culture, “What’s It Worth? Wednesday”.
The CSSully Twitch channel airs various LIVE episodes throughout the week and is must watch. LIVE gaming, giveaways, Art, NFT talk/knowledge, contest, shout-outs, in-show purchases, and so much more. Click on the CSSully link and subscribe now.