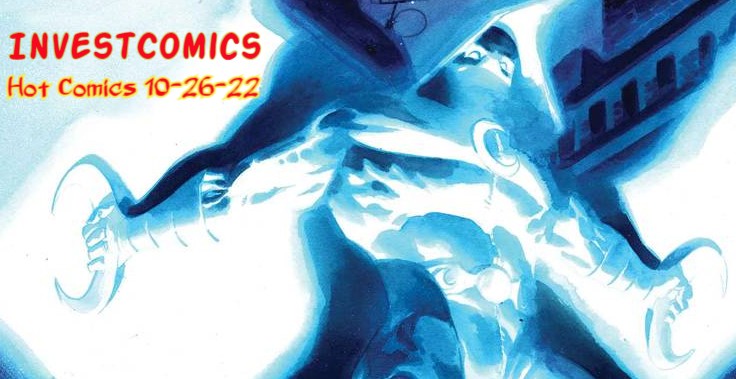 Here are this week’s top Trending/Speculative Comics out this Wednesday 10-26-22.
Please note: All new comic releases can and will change release dates from time to time. Check with your local comic shop for the guarantee of arrival time. If ordering from eBay, check with the seller or post details.
Like something we’re talking about? Like a cover? Like the debut of a new series? A first appearance?
Click on ALL Red-Highlighted LINKS/Comic Covers to BUY/BID from ALL available eBay sellers now (always buy from high-rated eBay sellers).

There are three number-one Batman-related comics arriving this Wednesday. Punchline The Gotham Game #1 will focus on the one-time super hot character, Punchline. Her first (full) appearance recently sold for $124 (CGC 9.8). That’s down from her all-time high. While a nice first appearance to own, not sure why it commands a high price tag in the first place. Buying a raw copy on the cheaper side is possible, so hunt around and you shall find. Punchline’s first appearance-> Hell Arisen #3. Next up, Riddler Year One #1. An obvious look at the evolution of the Riddler. Not only will we get fantastic storytelling from Paul Dano, but this comic features the first American artwork comic from artist Stevan Subic. A definite pick-up on our pull-list. Batman Gotham Knights: Gilded City #1 rounds out the last of the number one Gotham comics this week. Not only will this comic debut a new character named, Runaway, but it leads directly into the new Gotham Knights video game.
Strange #7 – First appearance alert; Sorcerer Supreme of Death, the Harvestman.

Strange Academy Finals #1 – We gave the heads up that Strange Academy was going to be a big deal, and it was. Now comes this little gem regarding the future of Marvel’s “magic universe”. This story will be brought to us by the same exact creative team responsible for the hit series in the first place. Skottie Young and Humberto Ramos. This comic should be on everyone’s radar.
Deathstroke Inc. #14 – Be on the lookout for a possible first appearance.
Two horror/Halloween comics arriving this week, Helloween #1. Based on the heavy metal band from the 80s. Their best hit was named, I want out. Great song. We remember when that was released. Are we showing our age? Written by Joe Harris and art by Axel Medellin. Lovesick #1 from Image Comics is an adult-themed horror story from Luana Vecchio. Luana is also responsible for the art. Look for the underground scene to really dig the wildness here.
Moon Knight Annual #1 – Werewolf By Night themed Moon Knight annual from Jed Mackay (writer) and Federico Sabbatini (artist). 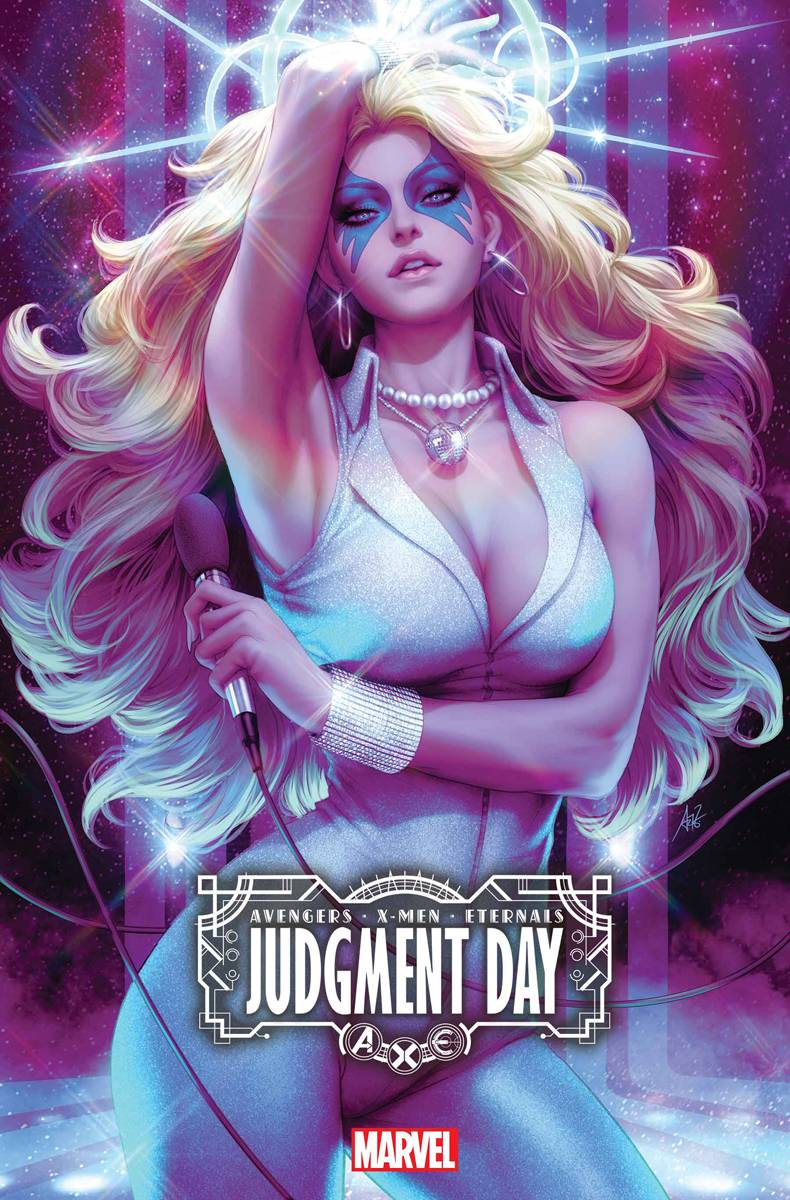 The second appearance of Donny Cate’s new character, Vanish. Look for a new character(s) popping up in this one.
AXE Judgement Day #6 – Marvel says this is the finale of the AXE storyline. Does this mean we’ll see more number-one AXE comics in the coming weeks? Marvel promises major changes here.
American Jesus Revelation #1 – Mostly everything comic creator Mark Millar touches, turns into a television show or movie. Well, let’s also say, mostly everything gets “optioned” too. Lots of his stories never come to fruition in the media world. Some do, but not all. Anyway, here’s the last third of a story he’s worked on that is set to be featured on Netflix.
This comic was covered last week, but the release day is actually this Wednesday. So, we’re going to copy and paste what we originally said last week. Damn Them All #1 – Introducing a new character, Ellie Hawthorne. Boom Studios saying this new universe will be within the genre of John Constantine.  With writer Simon Spurrier and artist Charlie Adlard, this will definitely be one to check out for sure.
Dead Mall #1 – New zombie(?)/monster story from Dark Horse Comics. This story has been optioned for film. Doesn’t really mean jack really, but who knows, maybe it’ll see the light of day.