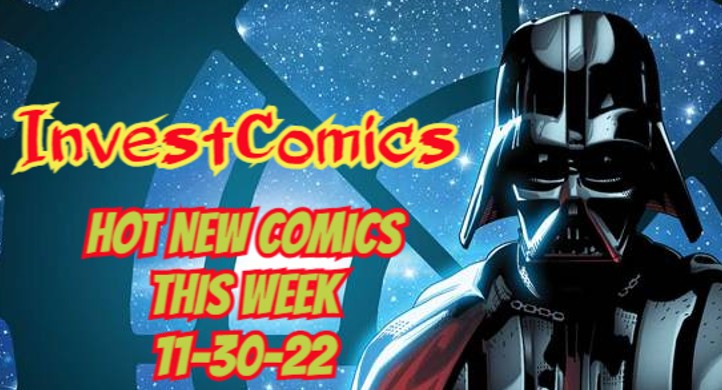 Here are this week’s top Trending/Speculative Comics out this Wednesday 11-30-22.
Please note: All new comic releases can and will change release dates from time to time. Check with your local comic shop for the guarantee of arrival time. If ordering from eBay, check with the seller or post details.
Like something we’re talking about? Like a cover? Like the debut of a new series? A first appearance?
Click on ALL Red-Highlighted LINKS/Comic Covers to BUY/BID from ALL available eBay sellers now (always buy from high-rated eBay sellers).

Star Wars Darth Vader #29 – This will be the hottest Marvel comic this Wednesday. It’s the first appearance of Jul Tambor. Expect a quick sell out and a second print to be announced.
Detective Comics 2022 Annual #1 – The first appearance of a Werewolf character named Gael. Learn of his whereabouts from the 1700’s and then onto modern times. He appears right there on the cover too, so a first and first.
Planet Hulk Worldbreaker #1 – We can reiterate to y’all how we called the whole Planet Hulk thing way way way back in the day when Greg Pak first started the new Hulk universe, but you’d already know this, right? Here is a quick copy and paste of SOME of our thoughts throughout the years regarding the Planet Hulk universe; –> …Planet Hulk storyline made for some great reading. Writer Greg Pak was the creator of Hulk’s new universe. Greg Pak is to the Hulk what Jim Starlin was to Captain Marvel and the cosmic universe. Creating an entirely new platform to which a character really expands their realm of storytelling outside of the normal Marvel universe. Regular readers already know that InvestComics brought up a Planet Hulk movie years ago before anyone even fathomed the thought. This place has a knack of having a hand on the pulse and predicting things like this. –> ….Greg Pak is creating an entire Hulk universe, so get in on the early years here. –> …What in Skaar’s name are you waiting for? Buy his first appearance and buy this book too. Welcome to the Marvel Universe Skaar! –> …Greg Pak has quietly put together an entire extension of the MU that will probably be touched on for years to come.
–> …Planet Hulk, Greg Pak did a divine job introducing an entirely new universe with not much fanfare afterward, but he did open that proverbial door. –> …Greg Pak was one of the last to truly create something that will become absolutely huge in years to come. If you do not know what I speak of, I have written on InvestComics along the way for years that other comic sites (late to the party as usual) have picked up on recently. There are so many more indicators, but we’re not going to inundate you guys/gals anymore with our love for the Planet Hulk universe and Greg Pak any further. You get our point(s) and you understand we know the know and you always knew because we knew. That’s why you’re here and that’s why we’re the goat. Facts. Anyway, the creator of the Planet Hulk universe is back this Wednesday with this story. We love this too.

Avengers Assemble Alpha #1 – A lot of Avengers will partake in this series, so buckle up. It’s the merging of Avengers Forever and Avengers 1,000,000 BC. Writer Jason Aaron and artist Bryan Hitch. Hell yes.
Peter Parker & Miles Morales Spider-Men Double Trouble #1 – Whenever these two team up, we’re there. Writer Mariko Tamaki and artist Gurihiru. Is this the first “anime-type” team-up of these two characters?
Strange Academy Finals #2 – First appearance alert, a new villain makes their debut. 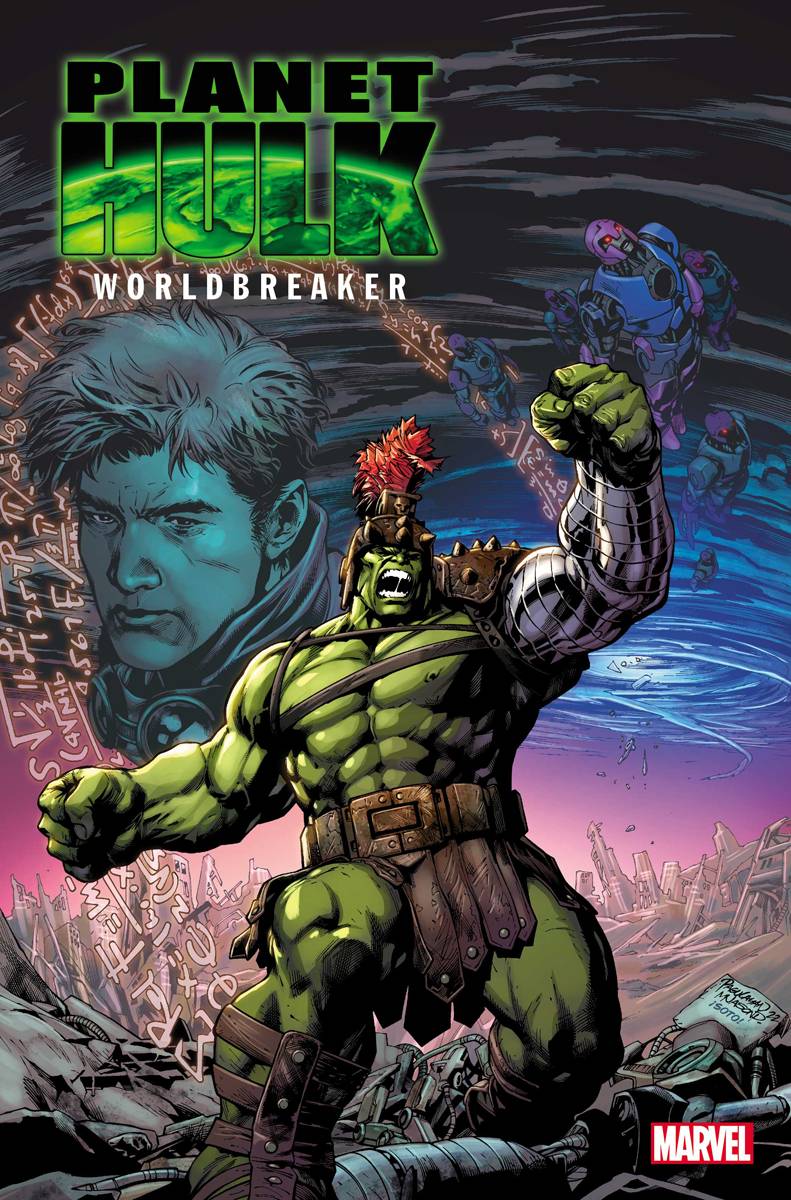 Wildstorm 30th Anniversary Special #1 – There are so many fantastic comic creators on this comic it’s simply too many to mention. That said, the interesting thing regarding some stories here, is some of the Wildstorm characters crossing over into the DC universe as mainstays.
Star Wars The High Republic Adventures #1 – Any new Star Wars comic will garner some interest, so here’s a new one from Dark Horse. Written by Daniel Jose Older and drawn by Toni Bruno.
Nightwing 2022 Annual #1 – Find out more about the villain named Heartless.
John Stewart The Emerald Knight #1 – In this one shot we’ll witness Jon being Knighted.
Plush #1 – New horror book from Image Comics. Writer Doug Wagner and artists Rico Renzi and Daniel Hillyard.
Cat-Man – New one shot from Dynamite Entertainment. You’ll have to get into the WAY-BACK machine to get this dude’s first appearance, but here he is making an appearance in 2022.