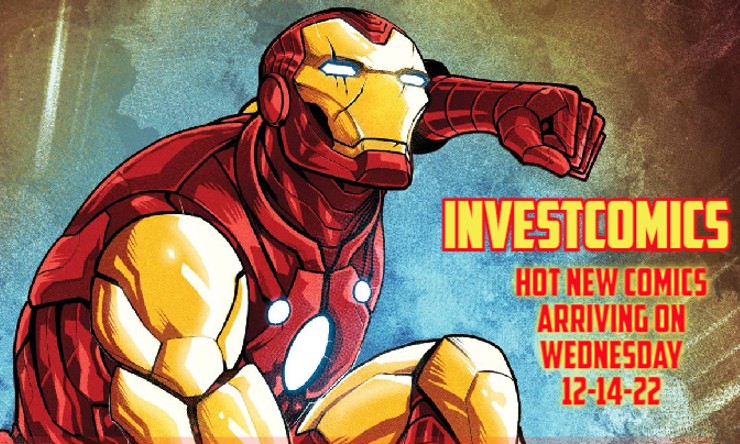 Here are this week’s top Trending/Speculative Comics out this Wednesday 12-14-22.
Please note: All new comic releases can and will change release dates from time to time. Check with your local comic shop for the guarantee of arrival time. If ordering from eBay, check with the seller or post details.
Like something we’re talking about? Like a cover? Like the debut of a new series? A first appearance?
Click on ALL Red-Highlighted LINKS/Comic Covers to BUY/BID from ALL available eBay sellers now (always buy from high-rated eBay sellers). 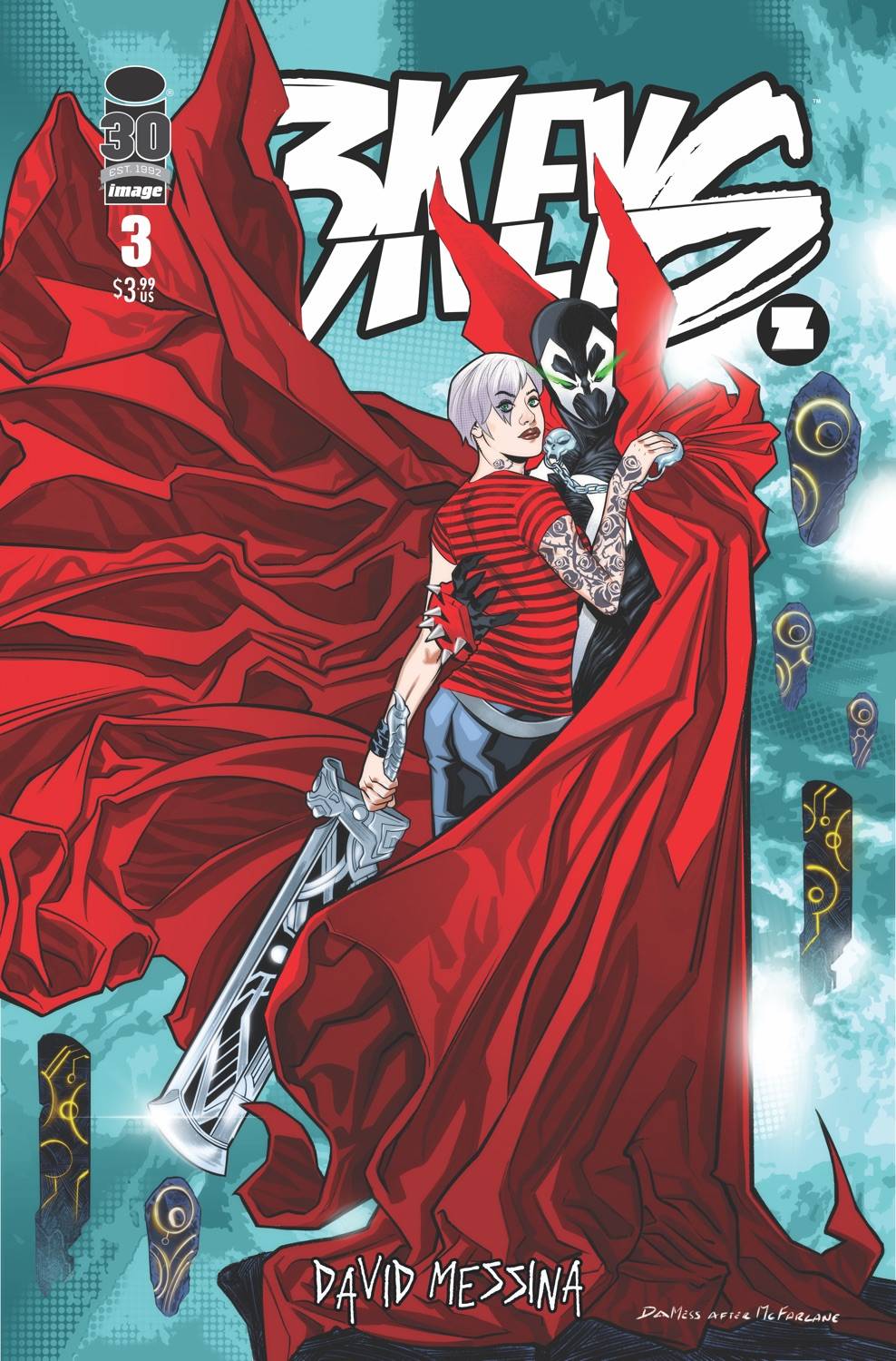 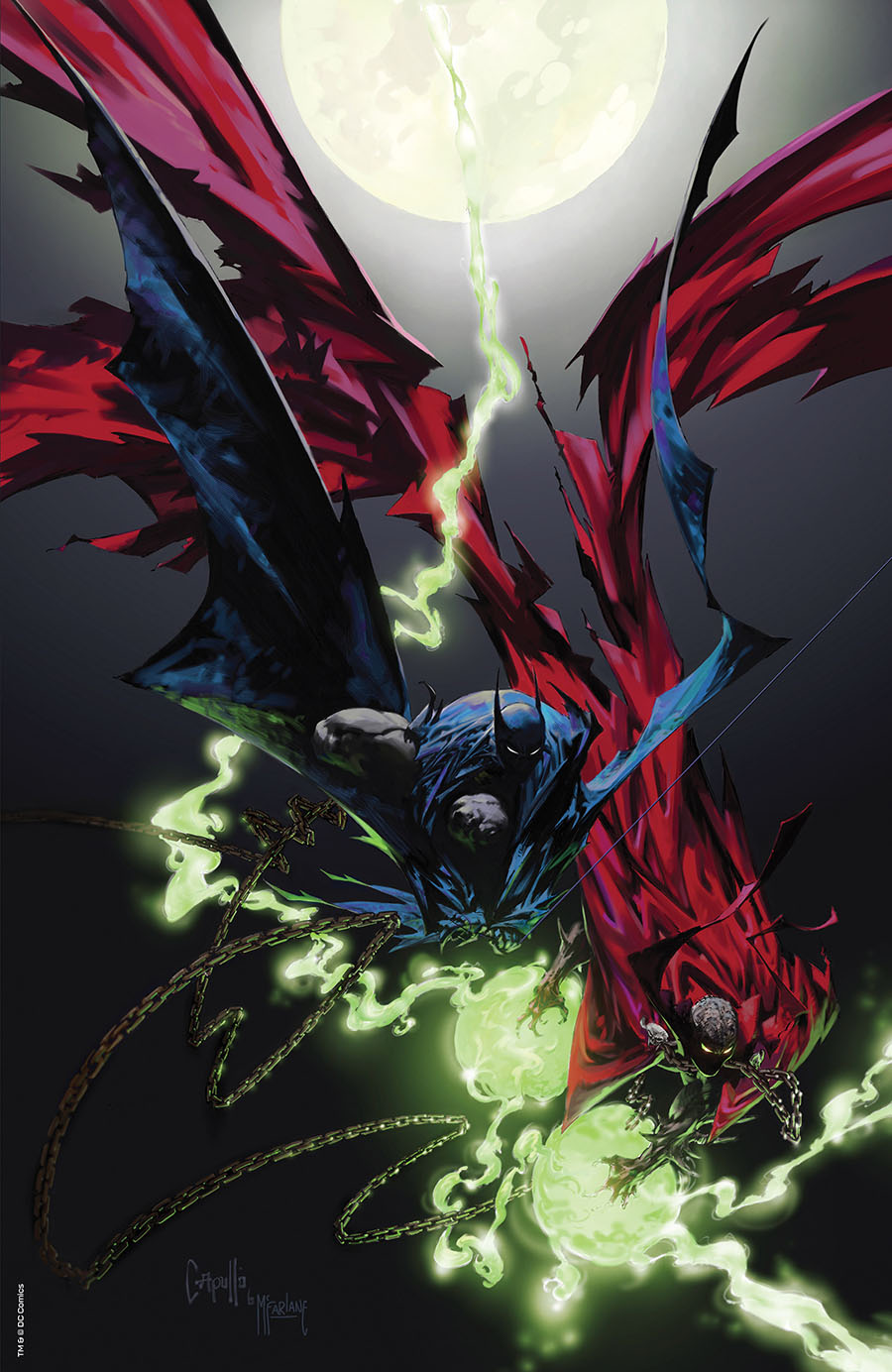 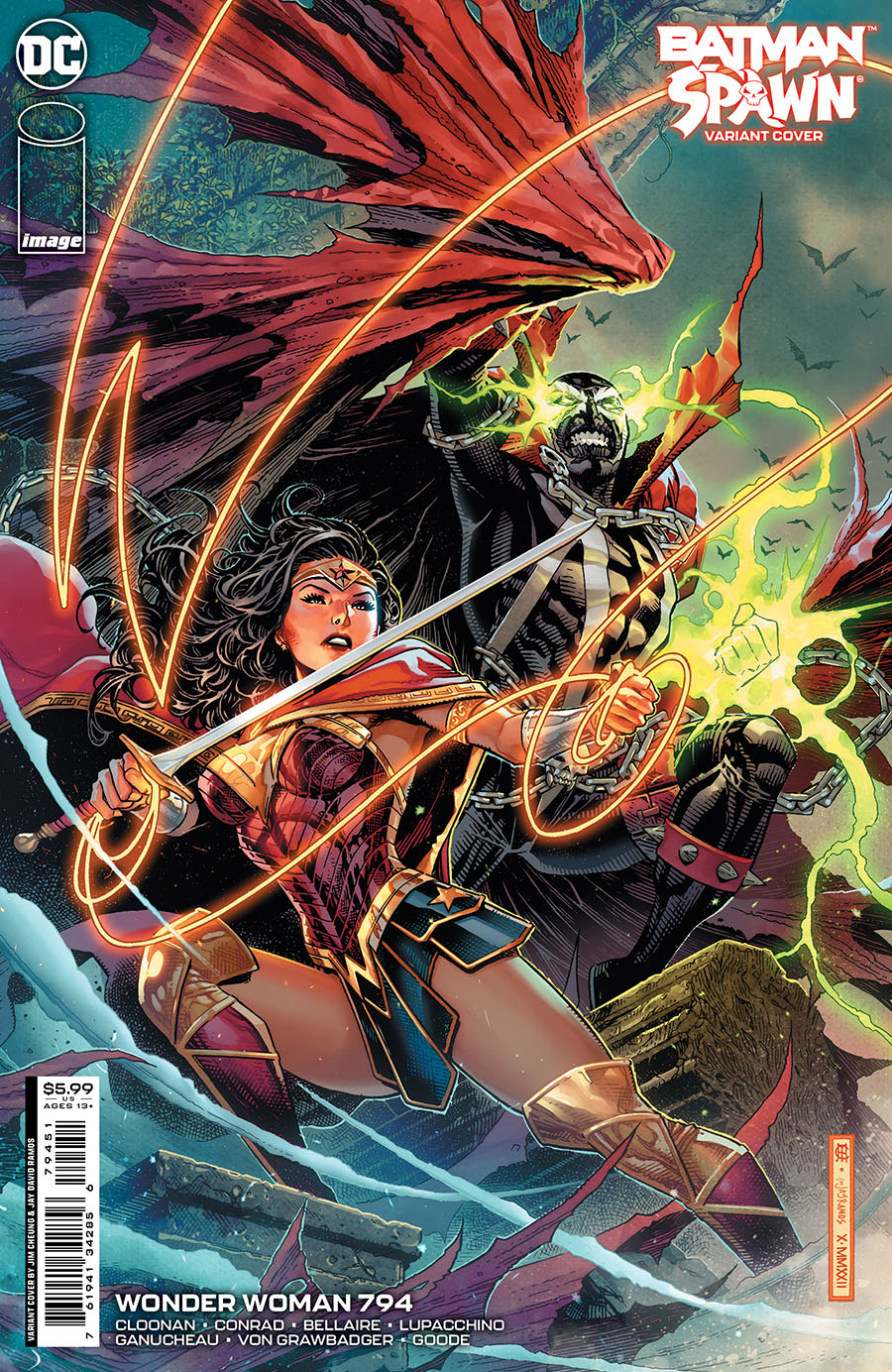 These two juggernauts met up for the first time 28 years ago. Hard to believe it’s been that long. Back then, the powerful creative force of Frank Miller and Todd McFarlane delivered the goods that had comic fans totally geeking out. Now, all this time has passed and things will be a tad different this time. For one, no Frank Miller, instead we’ll get Greg Capullo illustrating. That’s not a bad tradeoff at all. And we’ll have Todd again, obviously. At the last count, we were looking at 17 variant covers. That’s a whole lot of dark colors, greens, reds, and Batman/Spawn poses. If you’re looking for a speculative edge here, you’ll be hard pressed to find it. Maybe a dual sig graded would be nice, but all and all, nothing super special in the way of an introduction we are aware of or a groundbreaking coming book moment. That “big moment” happened 28 years ago. To put the speculative side into a bit of perspective here, a CGC graded 9.8 Spawn/Batman from 1994 recently sold for $137. That’s a 28-year-old hot team-up comic book at a super low cost. Why would two iconic characters from different companies come in at such a low price? There are several reasons. Now, this is for the less knowing as opposed to the more informed. If you already know, then skip ahead, don’t complain about it. The first reason for the lower price point is the overprint to meet the demand of this iconic team-up of characters as well as creators. Fans went bonkers because Frank and Todd were teaming up. So, it was a nice combo going here. Batman/Spawn, McFarlane/Miller. Yes, fun times indeed. Much to our surprise, there aren’t as many Spawn/Batman books in the CGC census as we’d initially thought. Yes, there are almost 1700 graded copies with probably more to come with the recent McFarlane CGC exclusive signings, but this is also discounting the CBCS count. We have zero idea how many are sitting on their census. What was not surprising on the CGC side are the 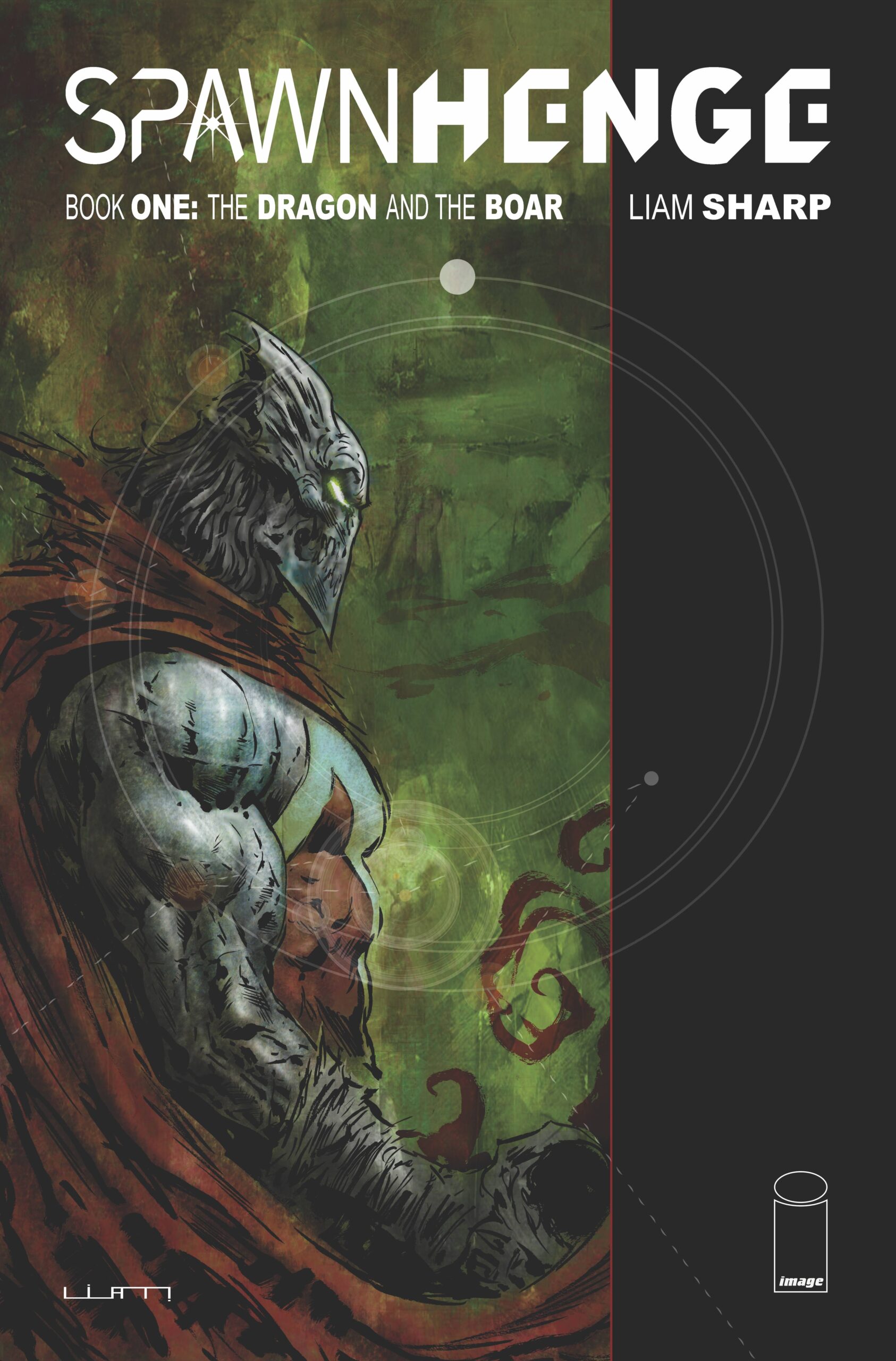 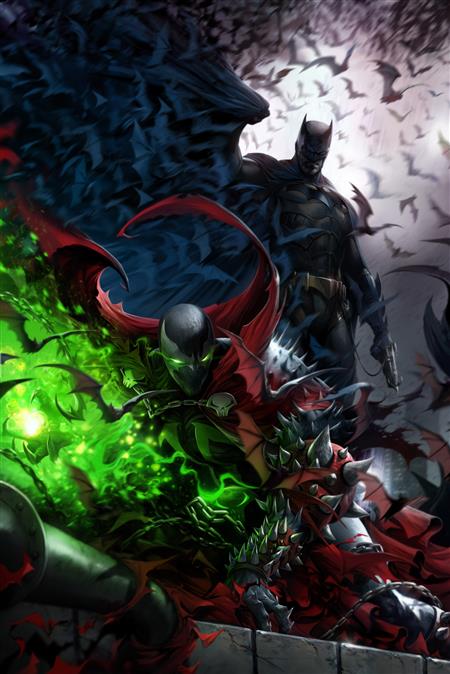 amount of 9.8’s available, 637 at the present moment to be exact. That’s the highest amount total of all the grading tiers. The 9.6’s come in at 474. Basically going to “unsellable” slabbed comics at that point. No one is busting open a 9.6 to maybe get a 9.8. No one. The lesson learned here is simple, just because four hot properties (characters and creators) get together, doesn’t mean much on the speculative side. Yes, the excitement, the talent, and the action is all there, but the saturated market dampens the aftermarket. Could there be money to be made here, of course, but you have to do your do diligence. Your homework. We’ll start you off. Buy the rarest of the variants, get it doubled signed, sketch by both, high grade and bango, and you’re in the money. That’s simple enough these days. Really not that head to get that done. Greg Capullo is a very accessible dude, unlike Frank who is basically treated like a Stan Lee presence at this point at any show and charges a boatload more money than Capullo for anything. We’re not saying that’s not cool, so calm your panties. We’re just stating facts.
So, what will we get with this new Batman/Spawn team-up comic? Besides a cool glow-in-the-dark variant cover (shown above), a fun comic book story/ride that’ll provide pointless other cool variant covers all over the new comic book market this Wednesday. You will see the various covers with Spawn making an appearance on this post throughout. It’s Todd’s world and we’re all just living in it.

Superman Son Of Kal-El #18 – Underneath the layers of Batman/Spawn #1 fat on Wednesday this comic will probably fly under the radar. That’s unless you’re a regular here on InvestComics. This comic will provide the first full appearance of a villain named Red Sin. DC Comics says he, she. or it will be a major villain, so you may want to snag a copy. We’re guessing a lower print run maybe too because of the Batman/Spawn stuff. Who knows, just make sure you’re there for the “limited one per customer” comic on Wednesday. And there is a pointless Spawn variant to choose from as well.
Invincible Iron Man #1 – How many relaunches do we have to endure with this character and so many others? Why not have the series continue with a new creative team and new story?  The creative team’s Marvel amasses for these number-one issues are good too. Why not give a big hooply-doo marketing saying that issue “18” or “42”  or “33” or whichever will feature a brand new creative team with a new story? These number one issues are cumbersome after the umpteenth time. Superstar writer Gerry Duggan and artist Juan Frigeri start things off with Tony Stark going through some deep dark sh*t within the Marvel universe.
Harley Quinn Uncovered #1 – If we can be completely transparent, as we are 100 percent of the time, we seriously have no idea what this comic is about. It’s to celebrate the 25th issue of Harley Quinn, but an art book? The comic, we think, consists of variant covers that have graced our presence throughout the series. So why not have this issue as Harley Quinn #25? Or even celebrate the next issue. It’s all a bit convoluted and seems like an annoying money grab, but hey, it’s a number one issue!
Art Brut #1 – Here’s the original first work brought to comic book format, from the creative team that brought us Ice Cream Man, it’s called Art Brut. New art, new designs, new covers (well look at that, a Spawn variant), and whatever else to get your interest stirred up.
Danger Street #1 – Warlord, Starman, and Metamorpho team up to fight Darkseid. Written by Tom King. We’re in. 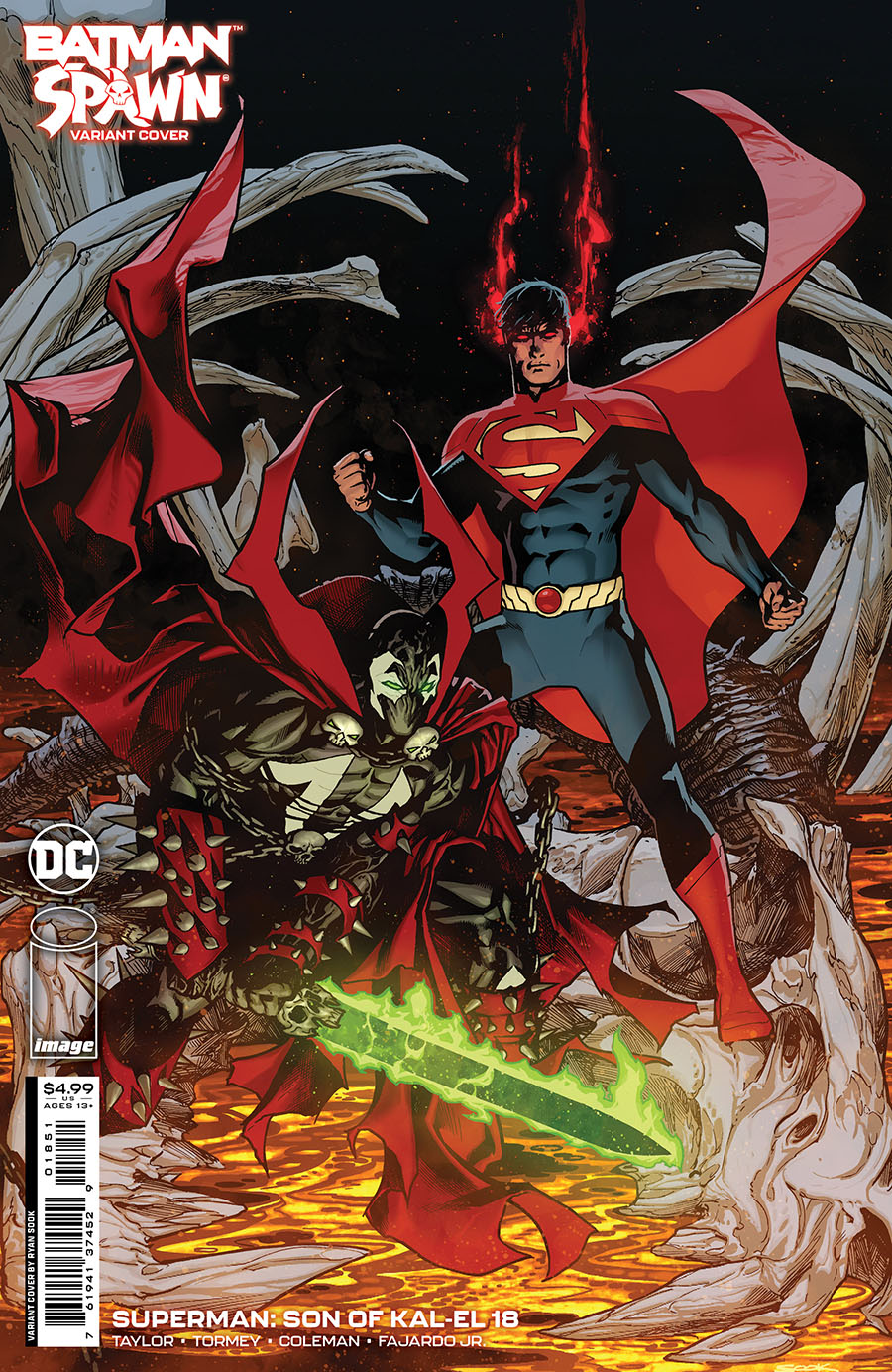 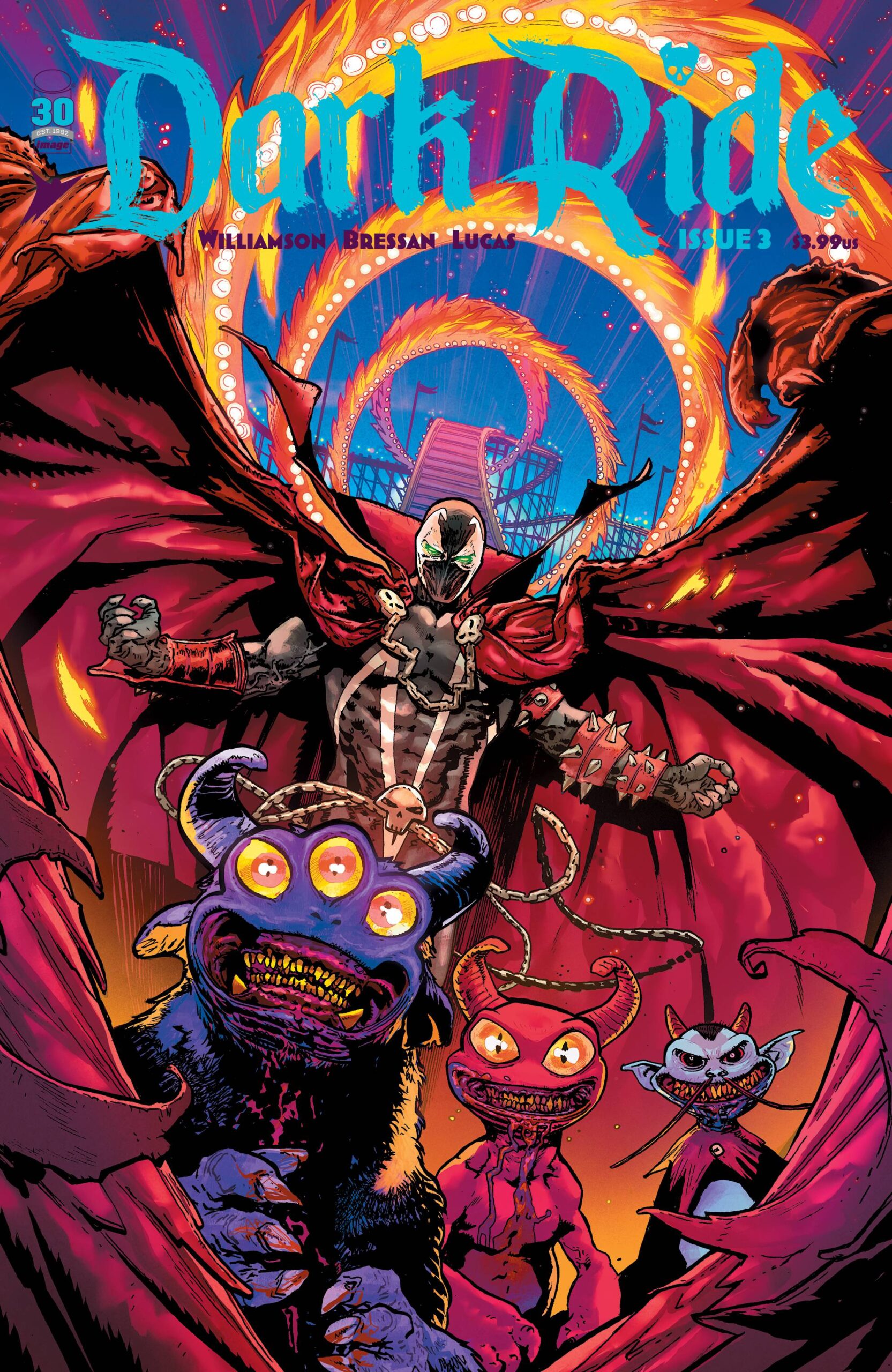 The first appearance of assassin Shawn Thacker. Superstar artist Lee Bermejo teams with director/screenwriter Mattson Tomlin for the new series introduction. From Boom Studios.
Dark Web X-Men #1 – We continue with the Dark Web story, as we weave deeper into the Dark Web abyss. Will this story spawn a new Spider-Man-like universe that holds its own as the Spider-Verse did, who knows really? But what we do know is this is the early stages of the Dark Web. Where we go after the story concludes is anyone’s guess really. Another big question, will a new character come out of this what’ll be a force within the hobby. So far, the Gold Goblin will not move that proverbial needle.
Origins Of Marvel Comics Marvel Tales #1 – A $7.99 comic that includes four major Marvel Comics in history. Fantastic Four #1 (1961), X-Men #1 (1963), Amazing Fantasy #15 (1962), and Avengers #1 (1963). This isn’t groundbreaking in any way here, but it’s a neat way to get all of these stories in one place for a good price.
Monica Rambeau Photon #1 – The first Photon solo series. Writer/artist Eve L. Ewing and additional artist Michael Santamaria.
Gangster Ass Barista #1 – New crime comedy series from Black Mask Comics. Writer Patrick Shand and artist Renzo Rodriquez.
Night Club #1 – A new series from Mark Millar and the price point will be $1.99 per issue. That’s not a typo. A cheap date with yourself. An older teen gets bitten by a vampire. They have all kinds of superpowers now and contemplate the path of a superhero. Anytime you can get a $1.99 Mark Millar story, you should check it out. We’ll definitely pick this one up. #Monica Rambeau