Here are this week’s top Trending/Speculative Comics out this Wednesday 9-21-22.
Please note: All new comic releases can and will change release dates from time to time. Check with your local comic shop on the guarantee of arrival time. If ordering from eBay, check with the seller or post details.
Like something we’re talking about? Like a cover? Like the debut of a new series? A first appearance?
Click on ALL Red-Highlighted LINKS/Comic Covers to BUY/BID from ALL available eBay sellers now (always buy from high-rated eBay sellers).

Vanish #1 – From the creative team that brought the comic book speculative market to new heights (Venom/King In Black), Donny Cates (writer) and Ryan Stegman (artist) bring a number one issue introducing a new character. There are many variants to choose from too. Image Comics will definitely sell out here.
Edge Of Spider-Verse #4 – There are first appearances and then there are FIRST APPEARANCES. From week to week, since 2007 (online), InvestComics has given our collectors a boatload of information regarding the speculative world of comic book collecting. Of course, as with anything regarding speculation, one will not be correct in calling everything to become a bull. We’ve been more right than wrong though throughout the years when we really hyper-focus on a new character or an old one. Miles, Thanos, Deadpool, and Ahsoka, just to name a few. Well, InvestComics is here to break down something that truly needs your attention. This has the potential of being a huge speculative deal in the aftermarket. Huge. Maybe an uptick at the start, but longer-term potential in a possible ridiculously hot comic in the future. Follow us. In recent news, there are some rumblings/disgruntled people regarding the new live-action Ariel being African American. We truly live in strange times when an animated character’s ethnicity bothers people. Truly bizarre. That’s a topic for another day though. This isn’t about “them”. It never is. But, the arrival of Ariel as an African American has rekindled the outcry for an African America Disney princess. Do you see where this is going yet? Marvel, AKA Disney, introduces us to Spinstress this week. An African American Spider-Verse character as an African American princess on its cover(s). Is THIS the first Disney African American princess? It sure is for Marvel comics, which means, it’s Disney’s too. Now, what if, what if, Disney ever decided to include Spinstress in an animated role somewhere before any other potential African American princess is presented? Well, that would make these comic covers a golden ticket. Let’s just say this character doesn’t come to fruition in an animated or live form. It’s still the first Marvel/Disney African American princess comic cover(s). Ever. It’s essentially the first ever for Disney here regardless. The potential here is astounding. This is a no-doubter in the collector’s sense. A $4.99 investment has never been so well spent in a while. Of course, the variants will be a bit more, but $20 maybe? Well worth it. Buy this comic this Wednesday. If it pops, don’t forget to leave some cash at the door (donation tabs). Ha!
Batman/Superman World’s Finest #7 – The first appearance of Boy Thunder. Or is it? There is some talk regarding World’s Finest #178 from 1968 having to do with this first appearance. No idea really, we just know that DC Comics says “INTRODUCING: Boy Thunder!” So, we’re going with that. 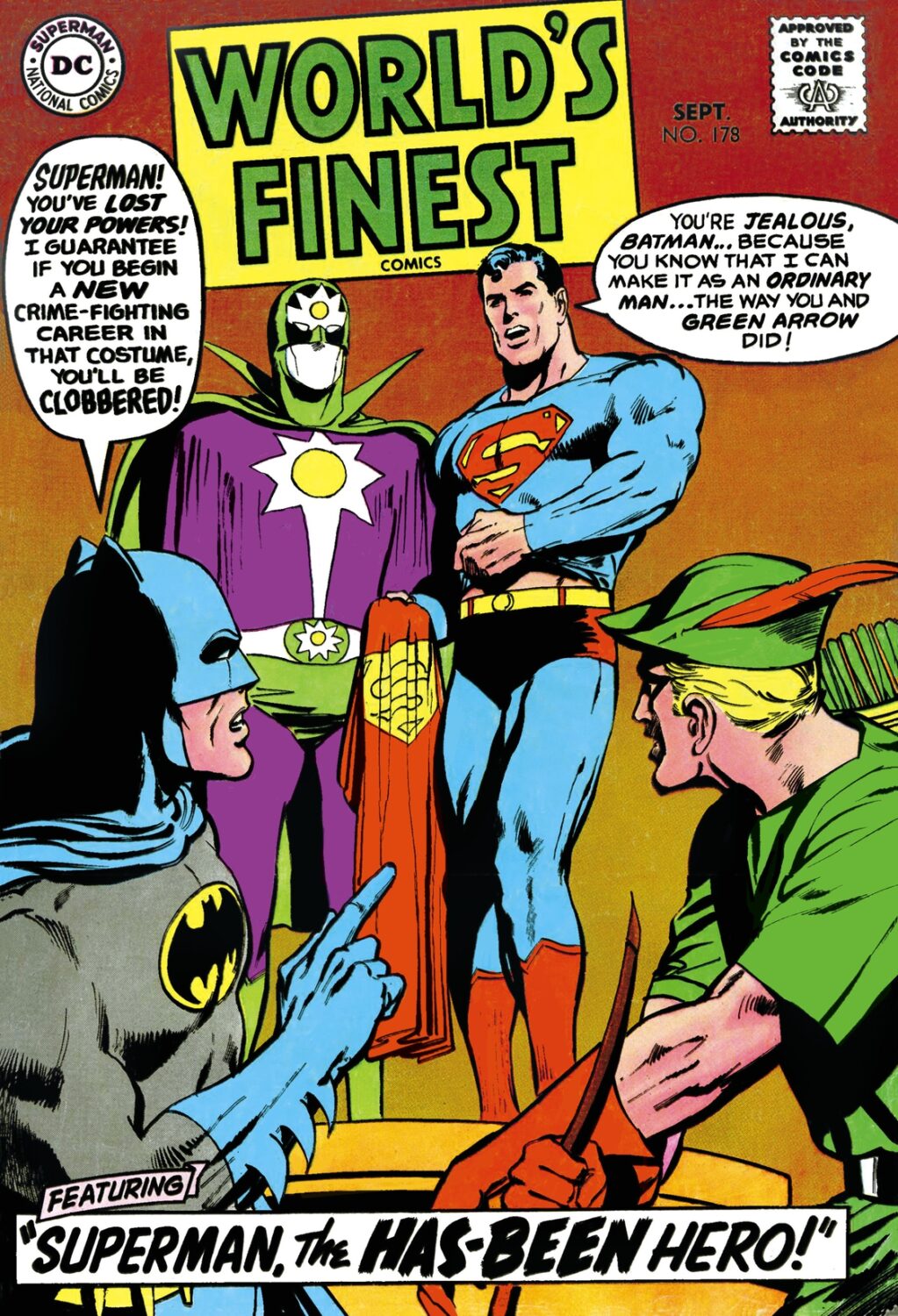 Two new horror-based comics arrive this Wednesday on the heels of Disney’s recent Werewolf By Night Disney+ announcement. Creepshow #1 and Stuff Of Nightmares #1. Here’s a quickie flashback about what we said about Halloween+Disney/Marvel 7 years ago. *Jack O’ Lantern (Movie/TV) Marvel’s pumpkin head character would make for an amazing yearly Halloween movie or television bit. Why not have this dude scare the daylights out of us every year in some sort of Halloween special? Have him face third-rate Marvel characters and win! Halloween always wins on Halloween. First appeared in Machine Man #19 (1981). Cover by Frank Miller and Terry Austin. Oh yes, Legend Steve Ditko pencils and inks this bad boy. A book to own no matter what anyway! *As we have stated in previous Hot Picks years ago and recently, Disney (Marvel) has yet to touch on two comic book genres on the big screen and television. Water and horror/monster comics.

*As we have stated in previous Hot Picks years ago and recently, Disney (Marvel) has yet to touch on two comic book genres on the big screen and television. Water and horror/monster comics. So, what are our thoughts now? The idea we have with a moneymaker Jack O’ Lantern character sitting in their library is beyond compare. Every Halloween Disney/Marvel could put together either a live-action or animated Halloween special with Jack O’ Lantern facing off with a new Marvel character and winning. Forget about that “third-rate” character we were talking about. Get some A-listers in there. And get the Jack Of Hearts characters too! Could you imagine the lead-up to October throughout the middle of the year with the new VS coming out? Maybe Disney would announce the matchup early or maybe fans would find out the night of. Either way, it would be dope. This is all free planning for Disney. They really should credit us, but they won’t. Creepshow #1 is an anthology from so many super talents. It’s going to be a spooky fun read. Stuff of Nightmares #1, from Boom Studios, written by R.L. Stine and drawn by A.L Kaplan.

Harley Quinn 30th Anniversary Special #1 – We were early on this one. It arrives this week. So, here’s a copy and paste from last week’s thoughts on the new release. 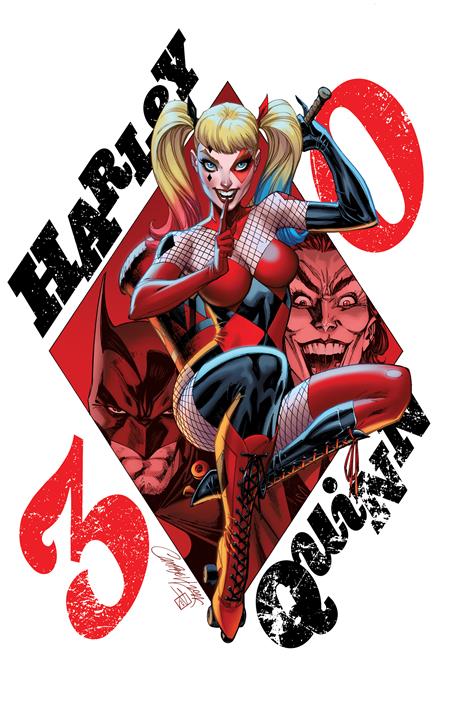 A huge celebratory comic here. It’s been 30 years since the comic fandom was first introduced to Harley Quinn. Hard to believe, right? Feel old yet? This celebration special has so many superstar writers and artists it is insane. Seriously crazy. Guess it matches the insanity of our star subject. DC promises a whole lot of new short stories in here with those mega-talents at the helm. Besides the good possibility of a first appearance popping up within these pages, one thing we did notice is the appearance of Jimmy Palmiotti and Amanda Connor’s creation; Red Tool. Their parody take on Marvel’s Deadpool. Anything Jimmy and Amanda ever create is a definite yes from us. So, Red Tool is back in Harley’s life? Maybe. We’ll have to wait until Tuesday (still weird to say Tuesday and not Wednesday, but we’ll play along for now). Here’s a quick note too, the first appearance of Red Tool came in Harley Quinn #26 (2016). Of course, we gave y’all a heads up on that one, but raw copies are mega affordable right now. The graded 9.8’s sell around the $150 area. Still not too shabby for a $3.99(?) cover price. But get some of those raw copies in minty freshness and hold onto them for a little bit. If Red Tool ever decides to become a major major player in the HQ world, you’re all set to flip-flip and make some extra bread. This all said, the new release should be on your radar this week, even if the retail price is $9.99. And check out some of the great covers right HERE.
Titans United Bloodpact #1 – New Titans story from Cavan Scott and Lucas Meyer.
Crashing #1 – First appearance of the title star, Rose Osler.
Batman One Bad Day – Two-Face #1 – These one-offs are fantastic storytelling comics. Writer Mariko Tamaki and artist Javier Fernandez Barranco.
X-Terminators #1 – Any new number one Marvel book with X-23 on the cover is an instant buy for us.
A.X.E. Judgment Day #5 – In the previous issue, readers witnessed the impending doom of many of our beloved characters within the Marvel Universe. Cap says, “we’re all going to die.” Or something close to that. So, what happens next? Find out here.