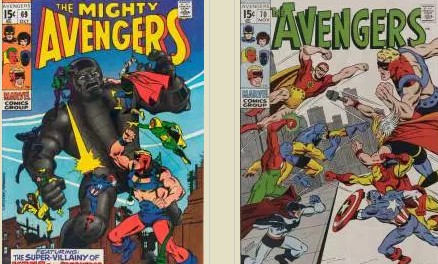 Hot Picks Top 5 based on InvestComics Hot Picks #416 and new comics coming this Wednesday 3/23/16. Click the link to read the article now.

Click on the RED links or comic cover to buy/bid right now.
**Please, if you are a new reader or a regular reader of this article and have not seen or read the disclaimer, we urge you to read it (link provided above).
Every  week before new comic book day, here are the Top 5 NEW comics to speculate/read from this Wednesday. This list is pulled straight from the latest (weekly) InvestComics Hot Picks article.
NOTE: The InvestComics site is BEST viewed on Google Chrome!

We are not responsible for comics not shipped on time and or changing of release dates regarding this article or any article on InvestComics. We report on the comics DUE out the coming week. We have NO control of release dates nor will we change our article to accommodate a change in shipping, release date or cancellation. We also use the phrase “sold out” in our articles on a regular basis. “Sold out” means at the distributor. We have no way of knowing if your local comic shop still has copies at their store on the shelf of a comic that is no longer available on the distributor level. Please use common sense here.

Hyperion #1 – Marvel’s latest Superman push. Maybe they want to eventually have a Superman type movie one day. Maybe Disney wants that. And what Disney wants, Disney gets.

Obi-Wan And Anakin #3 – Regular readers on InvestComics know we recommend ANY Star Wars comic. Not only for the fantastic story lines throughout Marvel’s galaxy far far away, but also the potential of a new major Star Wars character getting introduced. That said, Obi-Wan and Anakin visit a new world this Wednesday. A new world could mean a new character!

Venom Space Knight #5 – And speaking of new characters. Check out the new Panda character named Pik Rollo in this comic. That Ariel Olivetti cover kills too.

Delete #1 – The Jimmy Palmiotti, Amanda Conner, and Justin Gray team is at it again. This time with a Devils Due Publishing release. A must read of course.

Here are the rest of the comics that appeared on this past week’s InvestComics Hot Picks #416 (Click the link to read now!).