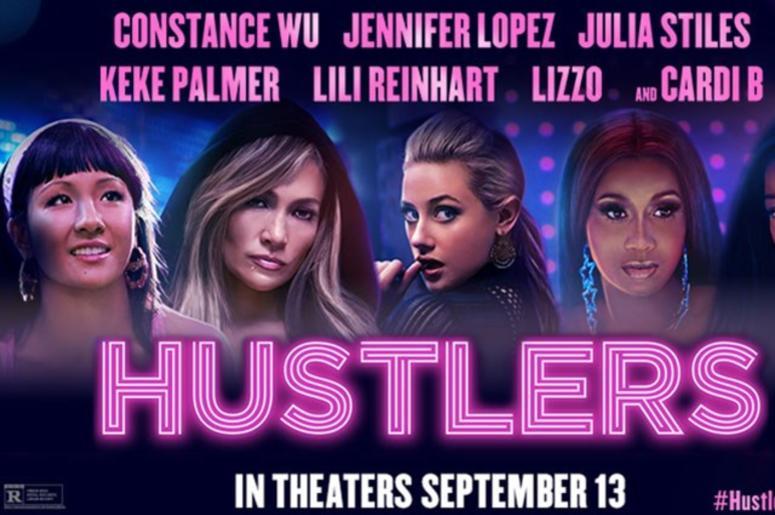 What is it about? Inspired by the viral New York Magazine article, Hustlers follows a crew of savvy former strip club employees who band together to turn the tables on their Wall Street clients.

Review: If ever there were awards for the best movie within a genre, i.e., the best sci-fi of all time; Star Wars. The best crime/drama; The Godfather. The best Superhero movie; Avengers: End Game. The best Wall Street move; The Wolf Of Wall Street. You get the idea here. Of course all of the aforementioned “best of’s” are subjective to ones taste, but the one’s chosen for this task are quite close to the majority ruling. Hustlers would win the best stripper movie of all time. Well, now you’re asking yourself, what is the best stripper movie ever? Can’t think of one, right? Right.
Actress; Jennifer Lopez (Romona) is a gamer. She was born/raised in the Bronx, New York. You can take the girl out of the Bronx, but you can’t take the Bronx out of the girl. We definitely witness Jennifer Lopez, aka Jlo, doing her New York thing here. Not falling too far from the apple tree for acting requirements for this film. Here’s the thing though, Jlo is better than this film. She probably should have skipped this project. It’s a slight blemish on the resume. Jlo has starred in good films, Maid In Manhattan, Enough, Second Act, Out Of Sight, The Wedding Planner, among other voice acting roles. She’s “been around the block”. She knows her away around. She loses her way a bit here in this film. Well, let’s be fair, the entire cast loses their way. It’s not a strong film by any means. It’s not a movie that’ll have you hitting the memory bank in your head and recalling a line or a scene. It’s simply not that type of movie. It will not impact you in any way. Therein lays another issue, there were no impact moments to really gasp on to. Yes, there were “emotional” scenes, but for the first time in quite sometime, this reviewer could really care less about any of the characters on the screen. There was such a separation between myself and the main characters or any character, it was a bit stunning. On two occasion, Destiny, played by actress Constance Wu, poured her heart out and I did not feel empathy, sadness, nothing for her. I could care less. It was a strange thing coming from me because one of my favorite films of all time is She’s Having A Baby (my guilty pleasure film). So, yes, do you understand why it was a weird thing for myself to not connect in some way to a character anywhere in this film. Destiny didn’t even sell the point as actually being a professional stripper. It was very choreographed and not realistic at all. Cardi B plays Diamond. A very convincing stripper on film. The only real highlight of this film were the short scenes when she appeared. Before long, Diamond was a goner. As quick as her on screen moments were, she was gone from the film entirely. Not a good thing to have that great element there for only three, maybe 4 scenes? She added a real raunchy/fun vibe to an otherwise long winded plot. The story seemed to go on forever. At one point, I felt as though I was being punked. The same explanation/scene over and over and over again, as though the audience wouldn’t understand what scheme the girls were up to the first six times we saw it. It droned on to nauseam. I wanted to scream, “get on with it already! We get it!” Veteran actress Julia Stiles plays reporter; Elizabeth. Once again, a wasted opportunity for such a great talent.
All and all, the film was just too long and drawn out. Twenty minutes could have easily been shaved off here, maybe more.
All very attractive screen presence among the female actors, and all for naught. The looks, the flesh and all the jirating could not save this male from rolling his eyes and saying “is this over yet?”
Soundtrack: As expected, lots of club music here.

TPC Rating: 2 Trending Arrows up (out of 5) from Trending Pop Culture.