Do you need more Obama in your media? Sure, we all do. But how can  we possibly GET more Obama in our media?  Could he appear in a few more comics? He certainly can and we’ll show you how!

"Obama re-instating the YOUNGBLOOD program with his picks is a natural, with SAVAGE DRAGON having featured Obama already," Liefeld told CBR.  "And with YOUNGBLOOD having featured George H. Bush in its past as well as a Saddam Hussein styled guy and YOUNGBLOOD featured alongside Dan Quayle in WILDC.A.Ts and Bill Clinton in SUPREME, Image has a long history of involving presidential figures!"

The Liefeld penned six-page back-up story will see America’s 44th President begin his term by selecting the next line-up of YOUNGBLOOD to protect the country after the team’s radical changes set forth in Joe Casey and Derec Donovan’s fan-favorite run. This leads into May’s YOUNGBLOOD #9, in which Liefeld returns to the book full-time and President Obama comes into play as the White House comes under siege. 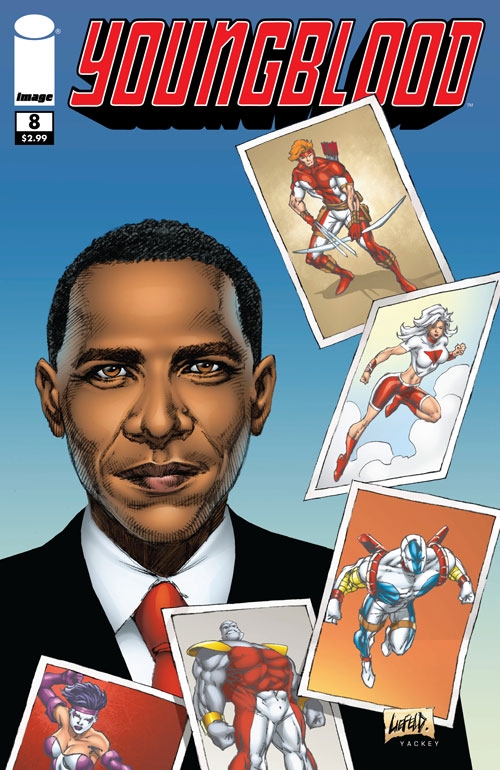