Combining their talents just means more of a sell out, right?

Right.  If you missed it the first time, there will be a second printing and special edition printings coming your way.  It’s never been a better time to jump on the Image bandwagon!

PRESS RELEASE – IMAGE UNITED’S MAMMOTH DEBUT COMPLETELY SELLS OUT UPON RELEASE!
IMAGE UNITED, the Image Comics crossover of the century, sells out at a distribution-level despite significant overprint!

"As soon as I held IMAGE UNITED in my hand, I just knew these would go," said Marc Nathan, owner of Reisterstown, MD’s Cards Comics & Collectibles and Promoter of the Baltimore Comic Con. "You just knew the covers were going to go. It was perfectly smart on Image’s part to put them out this weekend – the best shopping week of the year. Everyone is coming to this weekend to shop, so you know people will be coming back for #2."

IMAGE UNITED is a six-part crossover encompassing the entire Image superhero universe and features each Image founder illustrating their own characters. Since its announcement, the crossover has garnered headlines from the New York Times, USAToday and other massive media outlets with its once-in-a-lifetime approach to the superhero crossover. Despite a significant overprint, the first issue managed to sell out at a distribution-level in less than twelve hours. A new printing will be released to coincide with the second issue and features a cover by SPAWN and HAUNT creator Todd McFarlane.

IMAGE UNITED writer Robert Kirkman said, "With an overprint this substantial, this immediate sellout is a clear indication the founders and their pantheon of characters are as hot as ever. The greatest part about the sell out is this is just the beginning. The best is yet to come."

Added Image Publisher Eric Stephenson: "Working to pull this project together has been an amazing experience for everyone involved, but it’s been even more incredible to hear the response we’ve been getting not only from fans but our partners in the retail community. Everyone’s enthusiasm has been extremely gratifying and we can’t wait for everyone to see how this whole project unfolds."

And for those who can’t wait for the second printing, a special collector’s edition of IMAGE UNITED #1 featuring a gold foil-stamped logo is on sale December 3. 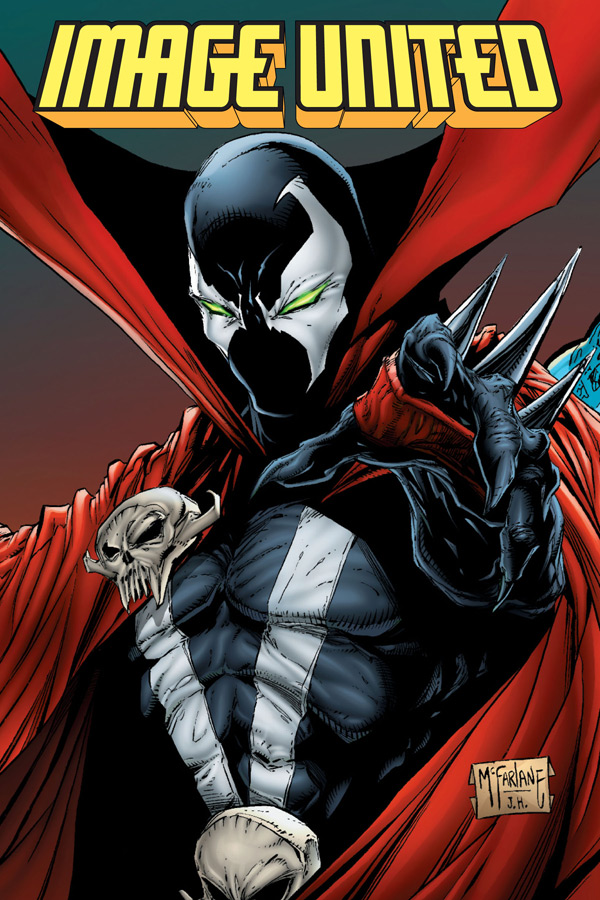