Image Comics Haunt #7 goes back to the presses.


Berkeley, CA – 2 June 2010 – GREG CAPULLO was warmly
welcomed as the full-time penciler on HAUNT during a same-day distributor-level
sellout of HAUNT #7! Image Comics is rushing a second printing of this first
issue of an all-new story arc, written by ROBERT KIRKMAN and inked by series
co-creator TODD McFARLANE.

Due to his unique ability to bond with his brother
Kurt’s ghost, priest Daniel Kilgore joins forces with an undercover agency. In
the second story arc of HAUNT, Daniel Kilgore is now firmly entrenched in his
brother’s life of espionage and intrigue… but is he ready for it? Just as
Daniel begins to get his life in order, it appears it might suddenly end.

Image Comics is a comic book and graphic novel publisher
founded in 1992 by a collective of best-selling artists. Image has since gone on
to become one of the largest comics publishers in the United States. Image
currently has five partners: Robert Kirkman, Erik Larsen, Todd McFarlane, Marc
Silvestri and Jim Valentino. It consists of four major houses: Todd McFarlane
Productions, Top Cow Productions, Shadowline and Image Central. Image publishes
comics and graphic novels in nearly every genre, sub-genre, and style
imaginable. It offers science fiction, romance, horror, crime fiction,
historical fiction, humor and more by the finest artists and writers working in
the medium today. For more information, visit www.imagecomics.com. 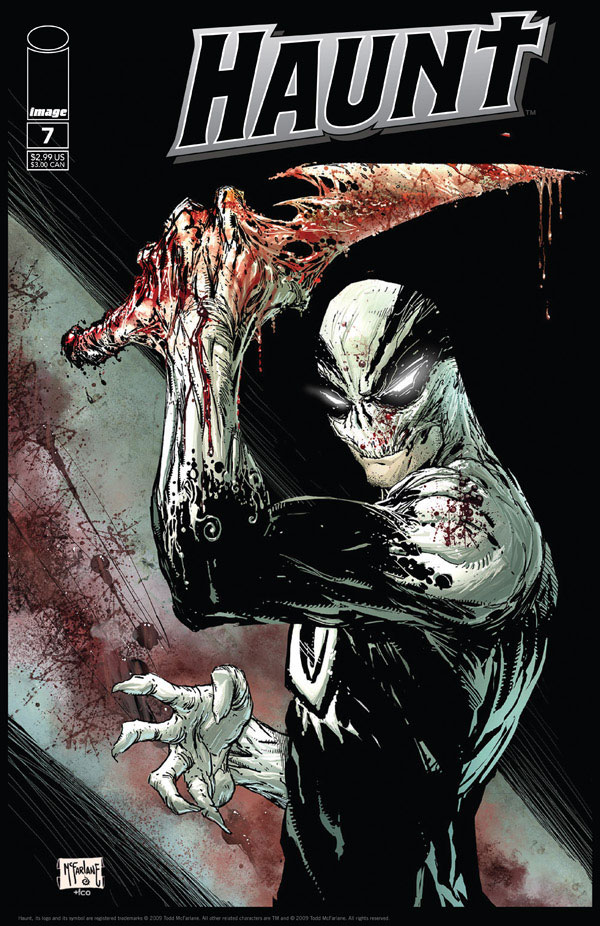