Jeff Parker and Steve Lieber team up to produce a four issue mini-series of action and adventures.

The artist of WHITEOUT and writer of AGENTS OF ATLAS team up for the four issue mini-series, UNDERGROUND!

25 June 2009 (Berkeley, CA) – As Warner Brothers gears up to release WHITEOUT, its Eisner-winning artist Steve Lieber returns to the adventure genre with a new thriller from Image Comics, pairing with acclaimed AGENTS OF ATLAS and EXILES writer Jeff Parker on the September shipping UNDERGROUND!

“UNDERGROUND is a fast, tough story about people who have been pushed into tight corners — both ethical and literal,” Parker said. “None of them knew they were about to be caught up in a life or death struggle, it’s a situation that has spiraled out of control. I’ve known Steve Lieber for years and he’s the best at this. No one can put the real world on the comics page the way he does. He draws real people and puts them in real danger.”

In UNDERGROUND, Park Ranger and avid caver Wesley Fischer is on a one-woman mission to stop Stillwater Cave from being turned into a tourist trap, but public opinion is not on her side. When locals begin blasting in the cave, Wes and a fellow ranger investigate – and a confrontation spirals into a deadly chase deep under the Kentucky mountains!

Lieber added, “We knew Image was the right publisher for UNDERGROUND as we like how they’ve expanded the comics audience with titles like THE WALKING DEAD and now VIKING. We want to continue pushing the reading public with UNDERGROUND.” 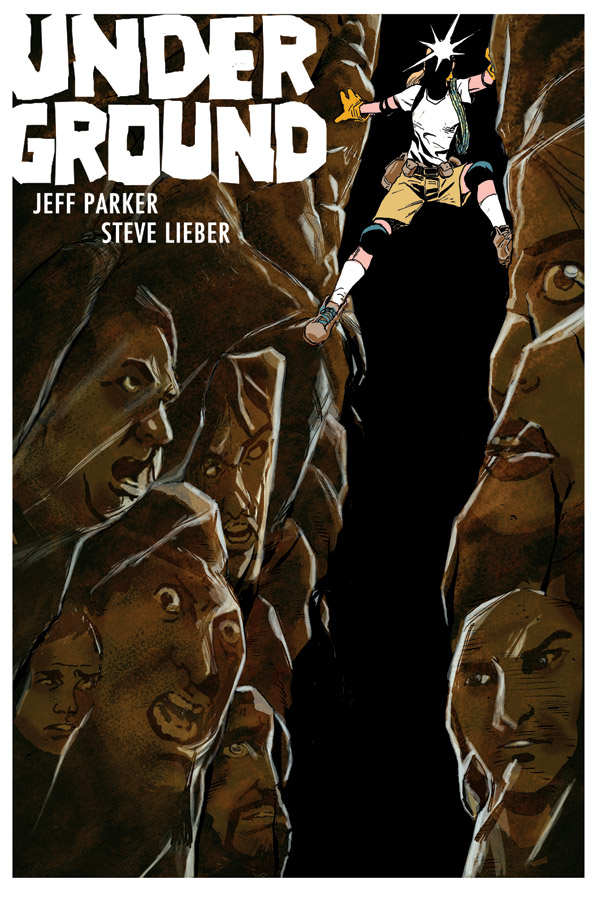