Getting into a DUST UP with Indie (Film) Creator Ward Roberts 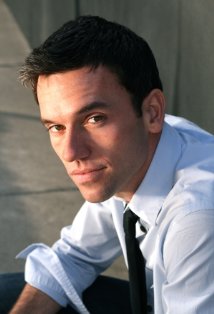 Well, it’s been a while peeps. Yours Cruelly has drifted a bit from Comics and dove deep into the world of indie filmmaking. I’m proud to say my ultra-low budget film BLESSID is well into Post Production and should hit the film festival circuit by late Summer. But this IndieCreator column isn’t about me. Noooo … it’s about a very talented writer/director/producer/actor named Ward Roberts who happened to go to the same college and be in the same fraternity as me (although I’m about 15 years Ward’s senior Bro).

Ward is an inventive creator who is unafraid to embark on bold filmmaking ground. He is also usually successful at whatever he takes on, as is testament to the wildly positive reviews his latest western/grindhouse/dark comedy DUST UP have garnered.

Chances are you’ve seen Ward on TV in such shows as NCIS, CSI: New York, MANSWERS and most recently Hawaii Five-O. Or you may have caught him in edgy indie films like Lo, Chillerama and Dreamland and in mega-entertaining shorts such as THE BOY SCOUT and SICK PUPPY.

If you haven’t, well it’s time to open your eyes to DUST UP. Ward is behind the camera as writer/director but still delivers big time on screen. This is one of those little films that is getting ready to blow up. So saddle in, shake the sand out of your sandals and brace yourself – because this interview is going down!

1.    First things first − you recently appeared on a most unique episode of Hawaii Five-0 that utilized social media enabling people to vote who the killer was. Fess up … Did you do it?? 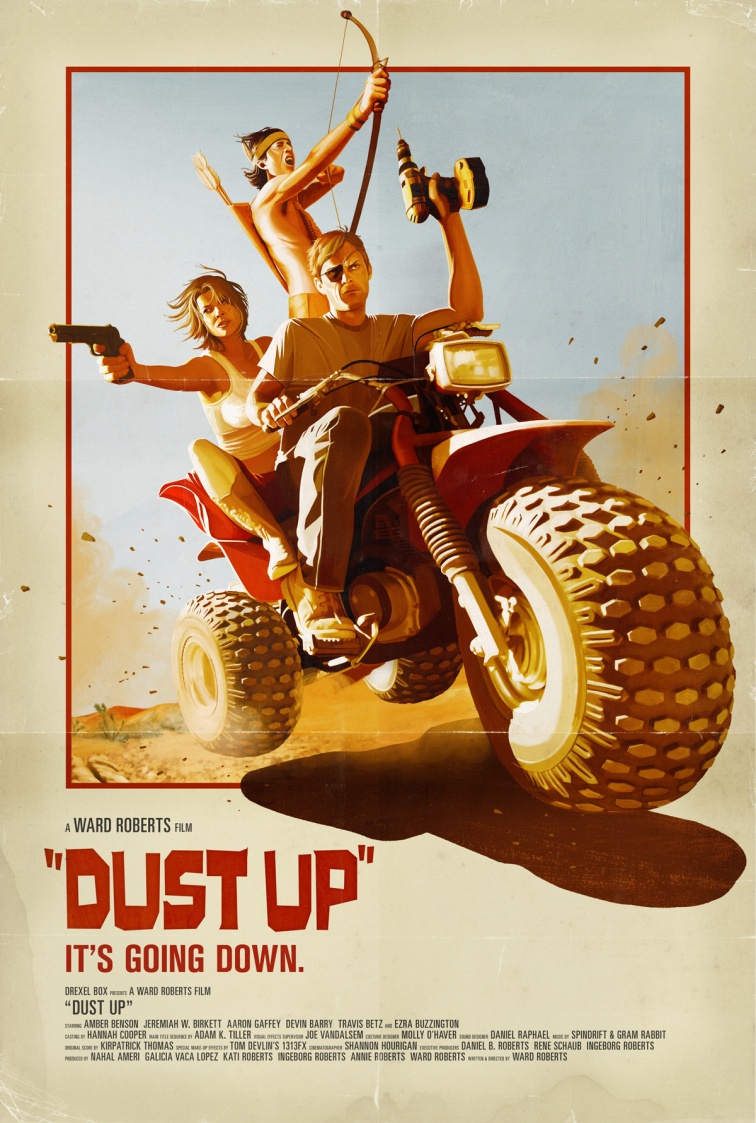 And here’s the trailer:

3.    What other films, or combination of films, do you compare it to?

(WR:)  My favorite so far is when friend and filmmaker Joe Lynch called it Beyond Thunderdome meets Raising Arizona. Someone else said if Tarantino and Wes Anderson films had a baby it would be Dust Up… that made me rather happy. At this point it has been compared to dozens of film… some I haven’t even heard of… so folks should watch it and tell us what films it evokes for them.

4.    Two words: Amber Benson. She’s very selective about what films she acts in. How did you rope her in?

(WR:)  Amber said she laughed out loud when she read the script… and that rarely happens… so I think that was huge. 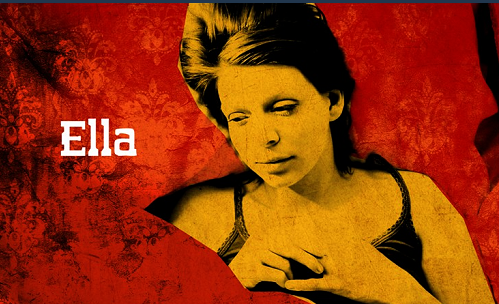 5.    Start to finish, how long did it take to complete the film? What was the biggest challenge? What was the most pleasant surprise?

(WR:)  A little over two years to create the film, another year to distribute and publicize it.

The most pleasant surprise was that nothing went terribly wrong … for long.  Our pony ran away for a day but even that turned out okay.  The pony couldn’t run in a straight line so she ended up getting fired anyway.  But seriously, if even a minor disaster had struck it could have derailed the whole project.  Thank the heavens everything went smooth and we finished a day early.

(WR:)   This one.  It is HUGE folks “get” it.  You spend 3 years putting something together and praying strangers in far off places will be delighted for 90 minutes.  Every time I hear or read about somebody loving the movie it makes it all worth it all over again.

8.    It’s always a hold-your-breath adventure cutting the film in Post. For some, the Ah-ha! Moment is when your spouse actually laughs at the movie − and it’s a good thing! Was this the case with you?

(WR:)   My incredible wife Annie and I watched the very first rough cut that was 20 minutes longer that the final cut.  After it was over we looked at each other and were like “That wasn’t bad. That actually went by fast.”  We expected it to drag and be awkward but it really wasn’t… it was enjoyable even in that terribly rough stage.  That was a boost to my confidence without a doubt.

9.    How fun is it being a regular on MANSWERS … and how hard is it to be around hot babes and be happily married?

(WR:)   MANSWERS was always a good time on set… fun, nice people all around… but as a married guy in the film & TV business you really just have to murder and bury that part of you before you walk down the aisle.  Otherwise it would drive you insane.  I basically consider myself a eunuch in those situations. 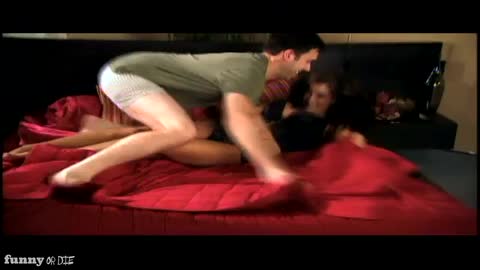 10.  What is your distribution strategy — are you focusing on film festivals to get the word out or doing a limited theatrical release? Are you doing VOD concurrent with your festival submissions?

(WR:)   We did about 20 screenings around the country, including a week-long theatrical in New York, during the first few weeks of the VOD release to build awareness

11.  Are you using a producer’s rep and/or sales agent for US and foreign distribution?

(WR:)   I just used a lawyer to do our domestic deals… one for digital, the other for DVD… and a have a foreign rep taking it around to all the international markets.

12.  You used crowd funding, Facebook, and Twitter. You’ve got over 1000 likes on the Dust Up FB page. What was your Social Media strategy going in, and how are you using it now?

(WR:)   We decided to wait until as late as possible to do all of that.  A lot of folks say star building all that up before you even make the movie but for Dust Up we didn’t know what we would have to say to an audience for YEARS.  We liked the idea of just firing all our publicity guns at once… right when the film was released… so when folks hear about the film for the first time they can go and watch it.  The idea is that you are lucky to get somebody’s attention once so lets have the movie available when that happens.

13.  What was the budget? Aside from IndieGoGo, how did you raise the cash?

14.  Location: why did you pick Joshua Tree?

(WR:)   When my mom moved out there and I visited her for the first time it was a done deal.  That place is just so epic in its vistas, so inspiring; I HAD to make a movie there. 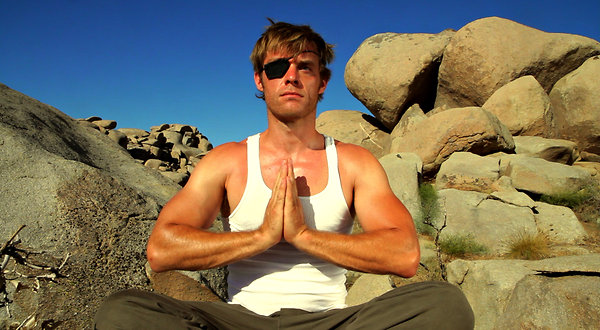 15.  How much sweaty fun was it filming in the sweltering desert heat? And then turning to ice cubes at night?

16.  IMDB tells us you are a relative of music composer icon Cole Porter. Did you inherit any music ability?

(WR:)   Not much.  My father Daniel and my sister Kati have it, me not so much.  I was always a very self-conscious musician and it killed me, especially my singing.  I’ve been playing piano again over the last few years and it is coming along but don’t expect to see me on tour anytime soon.

17.  Segue into music: the music tracks and poster art have gotten major kudos on line. How did you pull all that together?

(WR:)   As inspiring as Joshua Tree was the music of Spindrift, Gram Rabbit and Ted Quinn… I literally wrote and edited the film to their albums.  If they hadn’t liked the film and not given their blessing to use those songs I’m might have blown my brains out.  Without that music there is no Dust Up, period.

18.  Did you get exclusive music rights or non-exclusive? Can we buy the sound track? Is Cole Porter in there as an homage?

(WR:)   Non-exclusive, except for the scoring Spindrift did.  And yes, get the soundtrack on iTunes or Amazon! And no, I can’t afford Cole Porter music.

19.  The films that you choose to write, direct and act in are edgy, arthouse and outside the lines. Tell us about Lo.

(WR:)   Well Lo of course was written & directed by Travis Betz and I had the great honor of playing the lead human, Justin.  Travis is incredible… his imagination and drive are beyond comprehension… he inspires me every day.  The success of Lo, both creatively and as a film many, many people have seen and loved, really gave me confidence that in this digital age we could find an audience for a film like Dust Up.

20.  You’ve also done some great short films. A particular favorite is THE BOY SCOUT where you star in the title role. The film’s logline, “Be prepared … Be VERY prepared”, tips the hand that this is not your average Good Deed tale. SICK PUPPY is another good short but with an un-Boy-Scout-like lead. Tell us about these.

(WR:)   In film school they teach you to “Show. Don’t Tell.” Here is the full-blown short for The Boy Scout …

And here is the 30-second trailer for SICK PUPPY …

21.  Aside from filmmaking, we share another common bond: we both went to Indiana University and were members of Lambda Chi Alpha. The Lambchop fraternity house in Bloomington is a pretty cool, creepy location (especially late at night for a pledge during Hell Week). Ever think about doing a film there?

(WR:)   Most definitely.  I have a couple in mind… one comedy, one creepy.  The problem is I have 30 projects in mind and I don’t know how to get them all done! 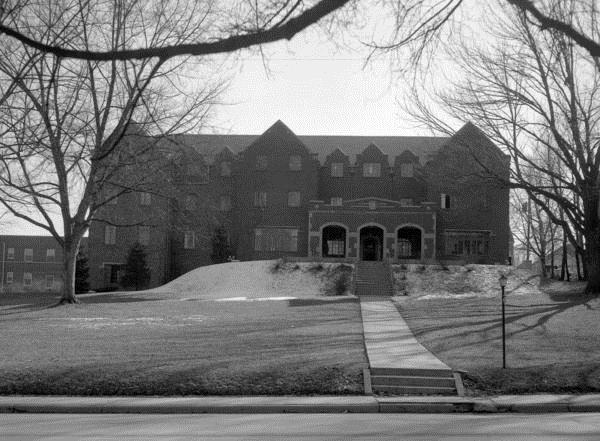 22.  Finally, where can we follow DUST UP and, more importantly, see it on screen or buy it as DVD? And “what up” next with Ward Roberts?

(WR:)   No new screenings on the schedule at this moment but if anybody out there wants to do one… it is a perfect midnight movie or arthouse or college cinemas… hit us up at dustupfilm@gmail.com .  The DVD is in Best Buy, Blockbuster and of course can be ordered on Amazon and a bunch of other websites.  You can also download it on iTunes and Amazon for now and a little ways down the road on Netflix and Hulu, too.

An award-winning indie comic creator and screenwriter, Bob Heske wrote THE NIGHT PROJECTIONIST. This graphic novel is available at comic shops, on Amazon, Kindle, Barnes and Noble, Nook, Comixology and other venues.