Leinil Francis Yu Covers Kirkman and Liefeld’s The Infinite
Berkeley, CA – 6 July 2011 – Image Comics and Skybound Entertainment are proud to announce a new variant cover for the debut issue of Robert Kirkman (THE WALKING DEAD) and Rob Liefeld’s (YOUNGBLOOD) new collaboration, THE INFINITE! Artist Leinil Francis Yu (Secret Invasion, Wolverine) provides dynamic and colorful new cover art for this exciting science fiction story from two of the industry’s most popular creators.
Several other special covers will be available for THE INFINITE #1, featuring artwork provided by no less than Image partner and SPAWN creator Todd McFarlane, another variant by Liefeld, and a blank variant perfect for sketches and signatures!
THE INFINITE #1 (JUN110473), a 32-page full-color sci-fi comic for $2.99, will be in stores August 3, 2011. THE INFINITE #1 LEINIL YU VAR (MAY118299) and the other variant covers are available for order now. 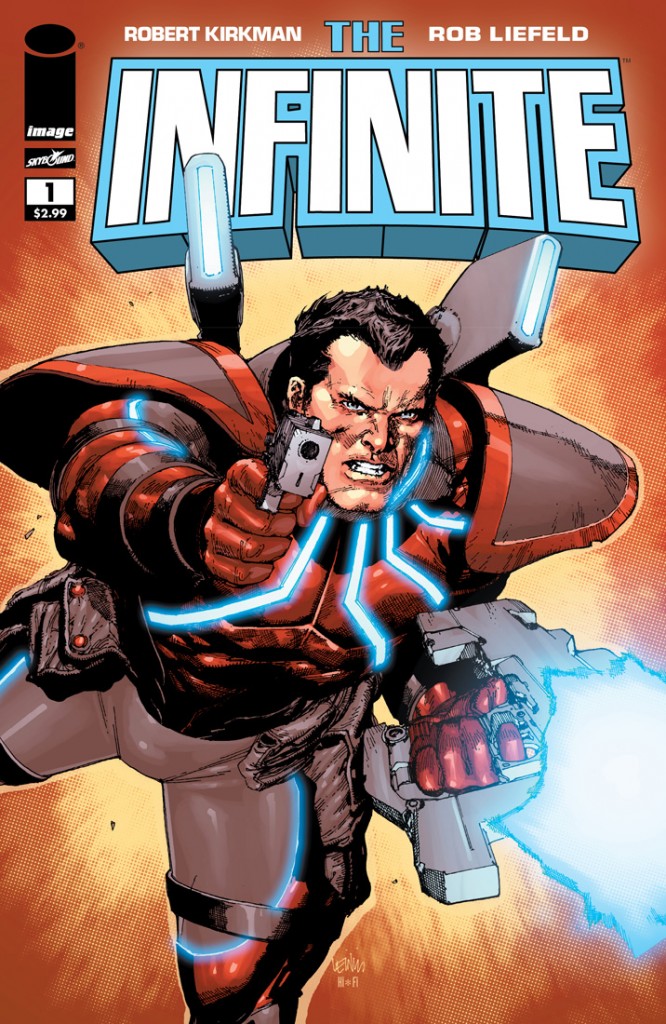 Robert Kirkman is a New York Times bestselling author known for being the cultural zeitgeist of the comic book industry. Following the grassroots success of the self-published Battle Pope (2000), Kirkman caught the eye of Image Comics founding partner Erik Larsen. After several short-term projects (SuperPatriot and TechJacket), he achieved superstar status in 2003 with Invincible and The Walking Dead . During a subsequent stint at Marvel Comics, he gained many new fans with the haunting and hilarious Marvel Zombies. MTV translated Kirkman’s Invincible into a motion comic — one of the first in a growing industry trend. Kirkman’s SKYBOUND imprint, under the Image Comics umbrella, is committed to fostering up-and-coming talent in the industry, and all acquisitions are hand-picked by Kirkman himself. Kirkman won the 2010 Eisner Award for Best Continuing Series for The Walking Dead. AMC’s interpretation of the comic, helmed by Frank Darabont and Gale Anne Hurd, has received glowing reviews from critics and fans alike, and continues to garner the highest ratings for the network, making it a game changer for groundbreaking television on cable. For more information about Skybound, visit http://www.skyboundent.com/.