Skip to content
Nothing Lasts Forever – The Avengers Head Into INFINITY!

New York, NY—May 8th, 2012— This August, superstar writer Jonathan Hickman is joined by fan-favorite artist Leinil Yu to show fans what an “Avengers Universe” looks like in Avengers #18! Tying into the blockbuster event of the summer, Infinity, Avengers #18 shows fans what new threats lie beyond the edges of the Marvel Universe!

A powerful and destructive race is on a collision course with Earth and the only thing in their path is the Avengers! But even Earth’s Mightiest Heroes realize the one hope of defeating this dire threat is to unite every great hero across the cosmos…because only with a united “Avengers Universe” is there any chance of survival! But in order to do so, Captain America and the Avengers must join the Council of Worlds as they declare war on their cosmic invaders. And when the key to their success lies within the rebirth of the Skrull Empire, there’s no telling what may happen next!

“Moreso than any other tie-ins, Jonathan’s issues of Avengers and New Avengers are an integral core part of the Infinity story–absolutely essential to the reading experience,” explained Executive Editor, Tom Brevoort, Marvel Entertainment. “So these issues that Leinil is drawing are key to everything”

Every issue of Avengers includes a code for a free digital copy of that same comic on theMarvel Comics app for iOS and Android devices. Additionally, each issue ofInfinity features special augmented reality content available exclusive through the Marvel AR app – including cover recaps, behind the scenes features and more that add value to your reading experience at no additional cost.

This August, the intensity of Infinity is turned up a notch as Hickman and Yu throw the first blows in Avengers #18!

Join the conversation on Twitter with hash tag #MarvelINFINITY, and don’t forget to follow us at @Marvel[www.twitter.com/Marvel]! 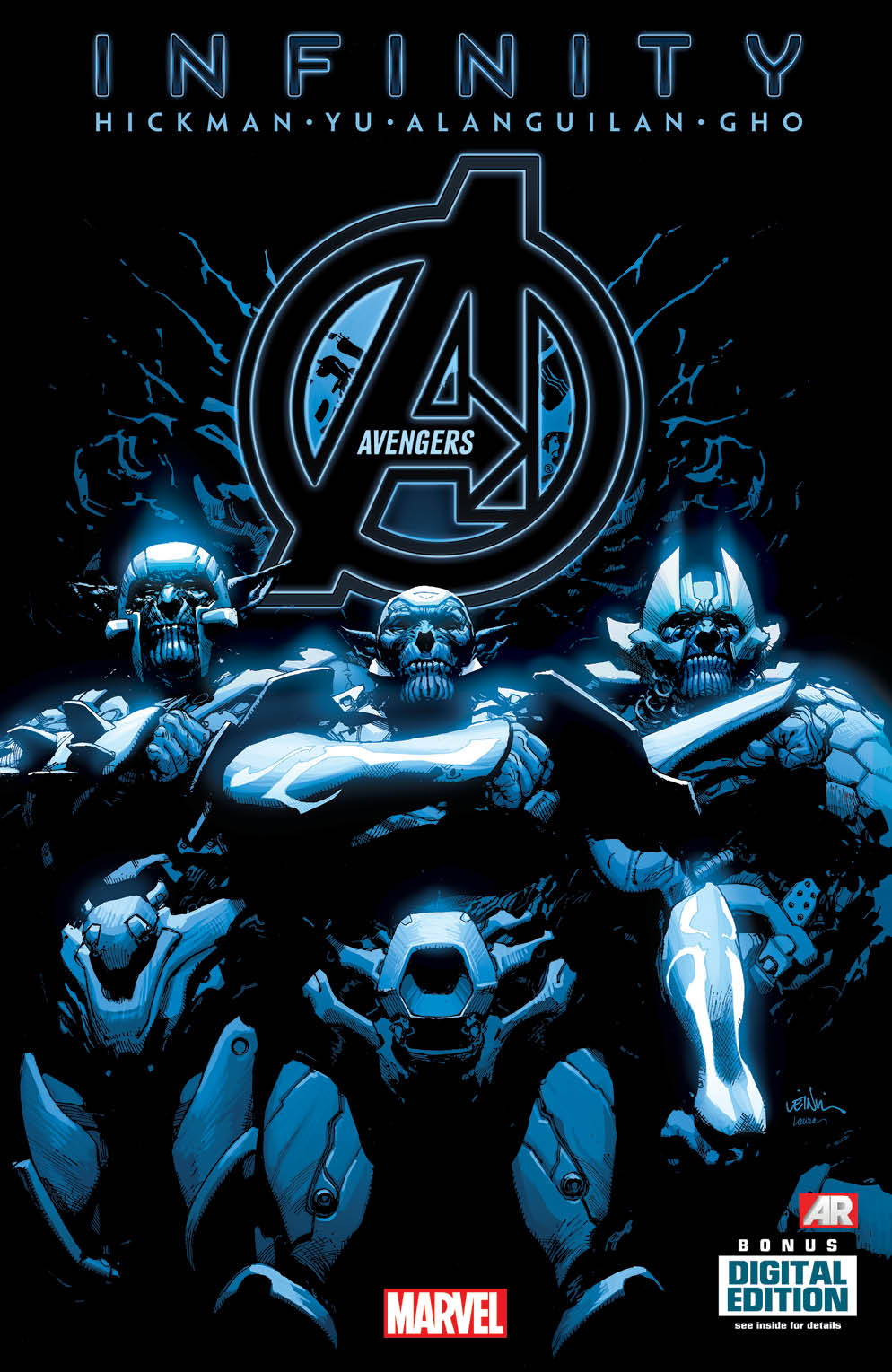