From the AC Broadwalk Con Facebook page: *AC BOARDWALK CON (ACBC for short) is a BRAND NEW CONVENTION in ATLANTIC CITY, NEW JERSEY! With over 300,000 square feet of floor space, 40+ panel/theatre rooms, ACBC will bring to NJ a Con that will put FANS FIRST at every touchpoint*

Michael D’Alessio is the creator of the AC Broadwalk Con in Atlantic City New Jersey (May 14-17 2014). With Michael’s very busy schedule, he was kind enough to sit down for a few questions with InvestComics to talk about the awesome show/ plans/guest he has on tap for the ACBC.

Hello Michael, thanks for stopping by InvestComics.

(InvestComics): So first thing first Michael. Tell us a bit about yourself.

(Michael D’Alessio): I’ve been a comic/superhero fan since I was 4 years old, growing up watching The Superfriends, Wonder Woman, Six Million Dollar Man/Bionic Woman, Hulk, Isis & Shazam Power Hour, etc.  I’m 41 now, and when I meet any of the actors from these series I tell them that THEY made me want to work in this industry, and that without them embodying my comics, I wouldn’t be where I am today in my career and my life. 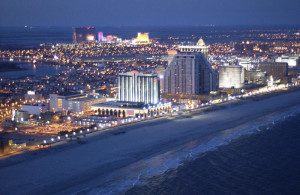 IC): What made you decide on the Atlantic City location for your show?

(M): I was kicking around the idea for the show all of 2013. I get to go to most of the larger shows in the country and overseas as I own a marketing agency with the majority of our clients in the comic/movie/gaming industry. I just never understood why New Jersey never had a major show. I was chatting with one of my best friends who is a casual fan, and I said I want to do a comic con style show, but not a comic con per se. I was kicking around “A” named cities and he said, Atlantic City. It was genius. I live in New Jersey on the Shore. I love my state. Why not? Plus, AC is a 6 hour drive to over 40% of the US population, so it makes sense.

(IC): You recently launched the ACBC website. Congrats! Is there a signup there yet for fans?

(M): Yes, there’s a space on the bottom for fans to sign up and make comments. This site is our Phase 1. Phase 2 which is more robust is launching in March. Same look.  Same feel. More “meat” to it. We also have our facebook.com/acboardwalkcon which allows us to really interact with the fans. And of course, Twitter.

(IC): There is one thing that jumps out right away about the AC Boardwalk Con, the 4 day schedule. By design, did you originally set out to maximize the awesomeness? And what will separate the ACBC from other Comic Conventions?

(M): We’re actually interested in doing it for 5 days in 2016! Here’s my take on it. As a marketer who designs, builds and in some instances hosts major booths at SDCC, NYCC, C2E2, PAX, etc., I know that the exhibitors want to bring their “A” game to shows, but sometimes for a 2-day show that’s just not possible. So I had that in mind. Also, for fans who want to fly in (and we’re pulling people already not just from our region, but all over the country, Canada, Mexico, Europe and even Japan), we don’t want them to come for a 2 day show. We also didn’t want to create a show that’s in a seminar room of a hotel. We went the convention center route because, quite honestly, it NEEDS to be held there to accommodate and allow for exhibitors and fans to interact properly.

As of now, We have a teaser opening on Thursday (7 pm – 2 AM) but we may end up opening all day on Thursday if demand is there. I have a feeling, even 17 months out, that it will be. We’re getting tremendous interest in the show. 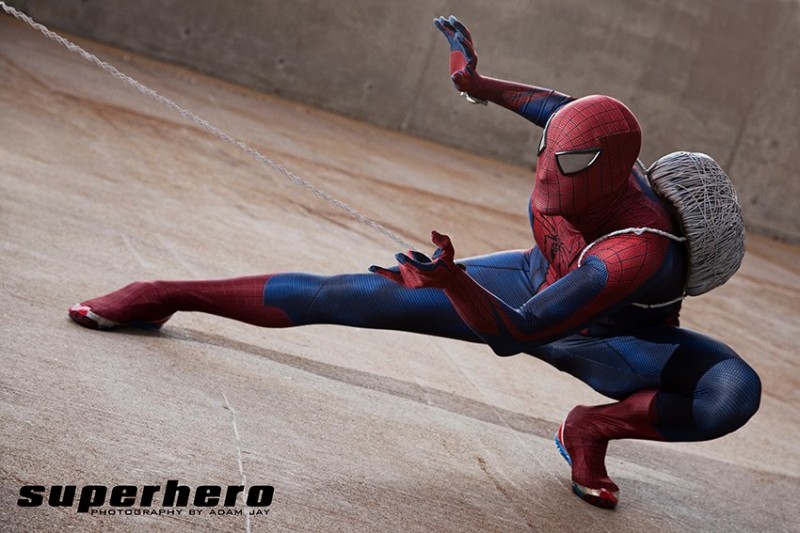 (IC): Being this is your first show Michael, for many people in the market thinking about putting a show together, what resistance/obstacles if any have you encountered or advice do you have for them?

(M): Well, it’s our first show as Show Management. But we have some great advantages. Being that we’ve been so active with major exhibitors (Marvel, 2K Games, Boom! Studios, etc.) for so many years, we know the ins and outs of the show management teams we’ve worked with at Comic-Con International and Reed Pop. We have fantastic relationships with them, and with other shows such as Wizard, GamesCom, etc. So, we knew what we were going into better than I assume most do.

The other advantage we have is all of the learnings that we have under our belts from clients that are demanding (In a good way!) and won’t settle for mediocrity. That allows us to know that we cannot put on a “shoot from the hip” show. We know that excellence is the level we much achieve from a visual/aesthetic stand point, as well as from an infrastructure stand point. Additionally, we’ve been blessed to get to know the fans on a VERY interpersonal level at shows.  The fans… I mean… they’re just the best.  So we have heard for years what they want, and what frustrates them, what excites them, etc. This gives us definitely a guiding light and it’s at the precipice of all of our show designs.

(IC): Who would you say is the one person that you’d love to have as a guest?

(M): Lynda Carter. Hands Down.  It’s no secret I’m probably the biggest Wonder Woman fan next to Phil Jimenez, so it may seem a little selfish. But in reality, it’s because SHE was the one actress/actor who, to a young boy, really brought the comics to life. And my second major guest, Chris Hemmsworth. I’ve been lucky enough to work with him at the Marvel booth. The man is one of the nicest person I’ve ever worked with and to me, he’s Thor. I can’t imagine anyone else in that role (and Thor is my third favorite hero of all time). 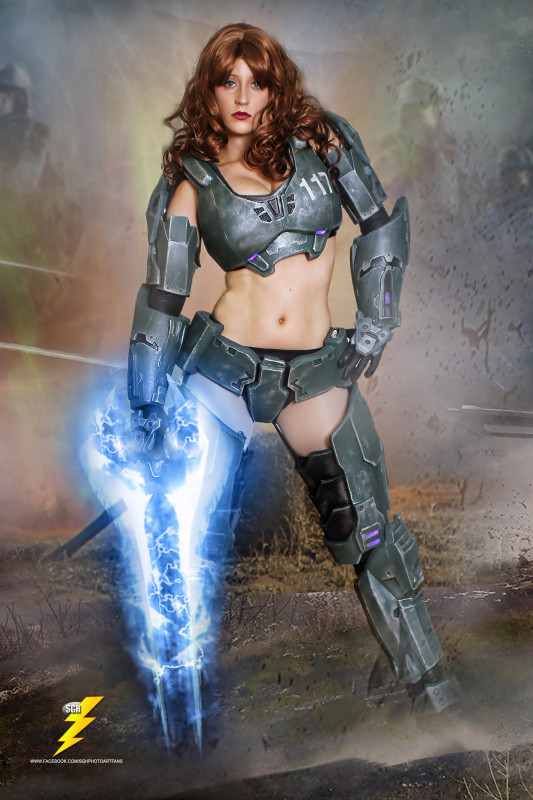 (IC): Speaking of guest, the show isn’t until May of 2015. Can you give us a tease of a few guest you have on board? Will the Donald make an appearance?!

(M): Well… I DID do an appearance on 2 of THE APPRENTICE shows, so I’m sure I can reach out to him. (And I definitely give him my fair share of money at The Taj Mahal Casino!). We do have some guests confirmed, but I want to be clear. It’s a FANTASTIC mix.  This show is an amalgamation of comics, gaming, cosplay, horror and all things geek. Our guests will be pulled from those realms.  If you’re at the pinnacle of cosplay… we’ll be talking to you.  If you’re a programmer/developer for games, trust me, you’re being contacted. Thankfully, after 20+ years in the entertainment marketing industry, I have a lot of contacts, as does my staff, so we can get to the people we want to.

(IC): Do you find that fans are requesting a certain guest more so than others? Like say Stan Lee?

I was talking to one of Stan’s staff in the green room at NYCC. Max and I were talking about my show and how I want to make it different, etc. Stan was relaxing before having to appear on stage. He called me over to him and asked me to tell him about the show. He listened to my ideas. Gave me a few insights and told me that any way he can help me he will. THAT’S the way the man is. He’s just that great.

(IC): Besides the website, where else can fans find out about the latest news and happenings regarding the AC Boardwalk Con?

(IC): You’ve mentioned Master Classes and such on your Facebook page. Can you elaborate?

(M): Our panel rooms are going to be set up like a university. Think along the lines of Xavier’s School for Gifted Youngsters. We’ll have 100 level, 200 level, 300 level, 400 level and Master Classes. The 100 level may have a class: Basics of Drawing faces and bodies. 200 level may have: Scripting for Video Gaming. 300 level could include: Creating a sewing pattern for superhero costumes. 400 level most certainly would include a class on Storyboarding for Comics. Then the Master Classes. These are hosted by masters in our industries. We’re working with industry leaders to host the classes that would really showcase their skills, such as if Phil Jimenez was to teach a Master Class on Sequential Drawing for Comics or such. We’re asking ALL of our exhibitors to host at least 1 Master Class. We have over 40 rooms available for classes, so we expect to have a lot going on.

Additionally, when you attend one of the classes, you’ll receive a Con Pin. They’re kind of like credits in a university. Each one is a different color for each level class. They’re autographed by the host of the class, and we have a secret, yet really cool, payoff that’s based on how many Con Pins (credits) you complete.

(IC): Last question, have to ask! Since this is a relatively heavy investment/speculator website, what book do you own in your personal collection holds the greatest value monetarily? Don’t worry no one knows where you live.

(M): All of them. Sorry not being coy. But I LOVE my books. I have so many comic books I’ve had to start buying online mostly now due to space issues. But I wouldn’t sell any of them for anything. They are the stories of my friends.

That said… I DO have quite a few signed books, and well, I had an honor a few years back. Gail Simone wrote me into her run of Wonder Woman and used my likeness as one of Diana Prince’s team members, a “sharp shooter who shoots first and asks questions later”. I DO have that framed and up on the wall. That meant the world to me.

My art is just as important. I have so many pieces from Choice Collectibles, originals pencils and paint by Alex Ross (from Justice), original Terry Dodson covers, original JG Jones pages from Hiketia, etc. I love comic art tremendously!

Thanks for stopping by Michael. We’ll see you in AC in 2015!