Welcome to the InvestComics Comic Hot Picks for 10-3-12.

This past week we all read about Stan Lee getting a pacemaker for the ol’ ticker. Everyone here at InvestComics wishes Stan Lee a speedy recovery! We all look forward to seeing you back on the convention circuit! Get well Stan!

New York Comic Con 2012 is 11 days away! Being that this is the third consecutive year that InvestComics will be attending as press; the excitement is as though it was the first. This doesn’t get stale at all. Do yourself a favor and visit the convention for at least one day if at all possible. The experience is like being at Disney, but with a different kind of fulfillment. It helps the inner geek more so because it’s for the adults rather than for the kids. Yes weird isn’t it, a comic book convention NOT for children? Yes times have changed.

As teased on the InvestComics Facebook page, InvestComics will do some cool things in relation to YOU the fans and tomorrow we’ll be releasing a cool little news piece that YOU the fan can get involved in. But be sure to be on top of it because there are a limited number of spots! More coming down the pike from the NYCC trip, but that’ll have to wait until we get back. Cool stuff coming!

This past week we all read about Stan Lee getting a pacemaker for the ol’ ticker. Everyone here at InvestComics wishes Stan Lee a speedy recovery! We all look forward to seeing you back on the convention circuit! Get well Stan!

Let’s get started with the “Zero-less” DC comics InvestComics Comic Hot Picks for this week. Yippee, no more Zero issues! 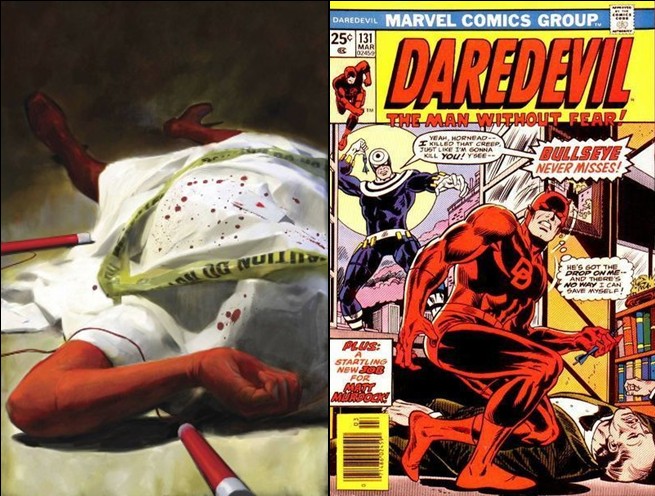 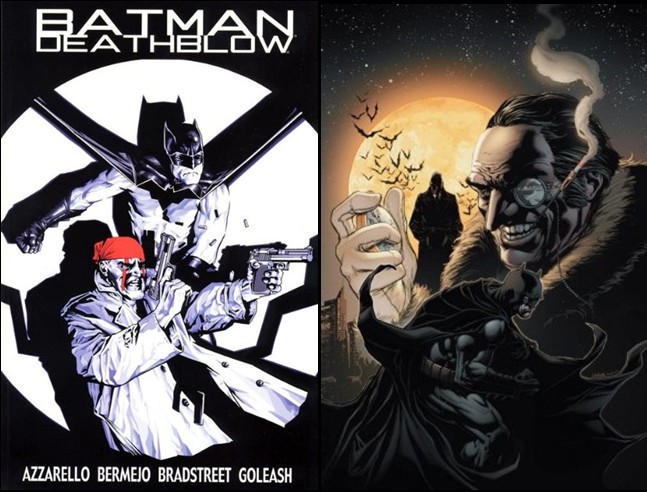 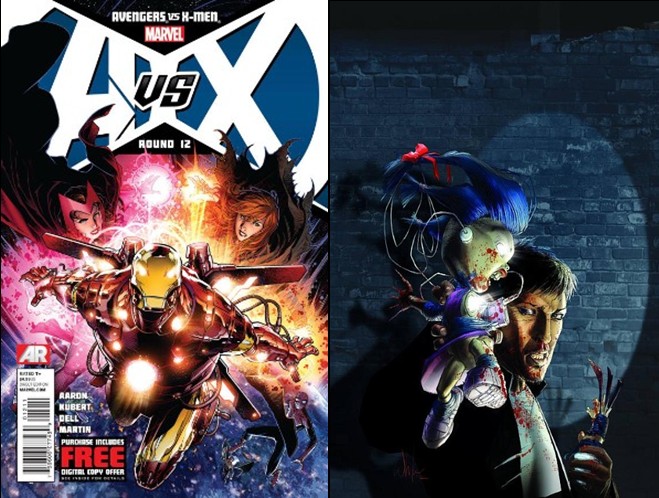 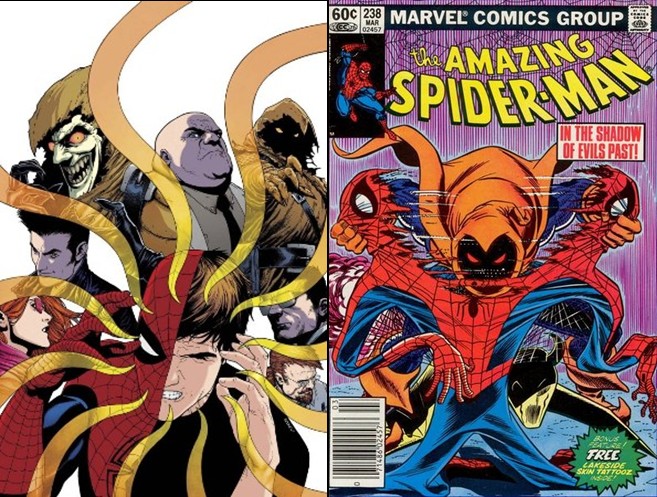 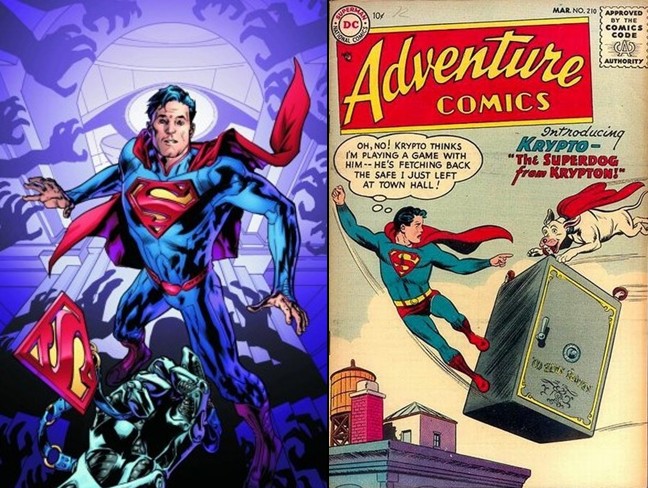 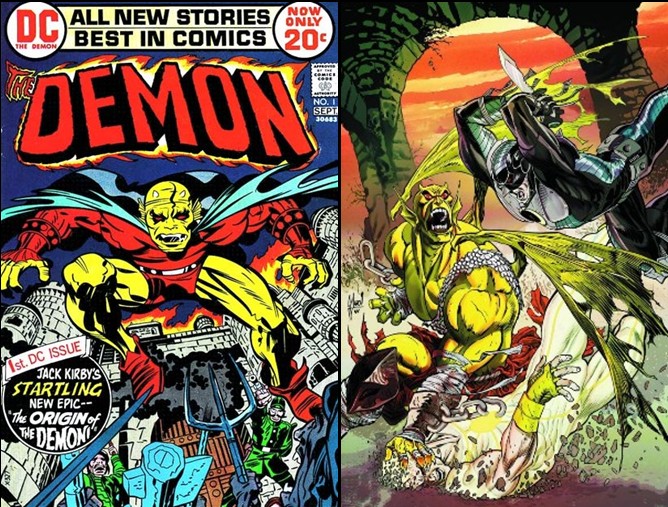 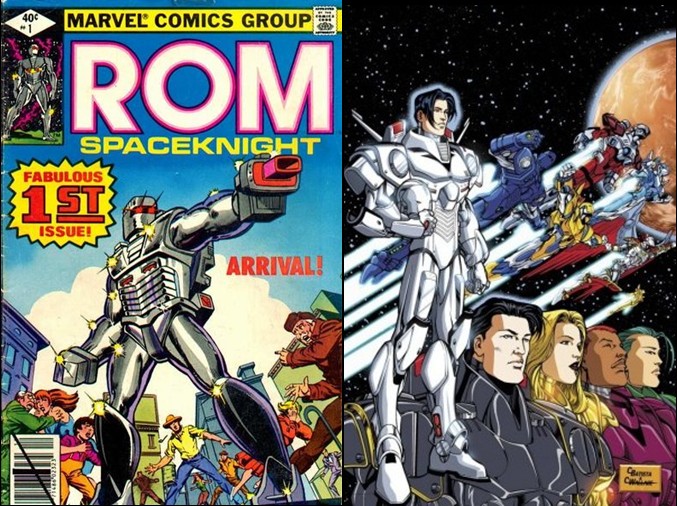 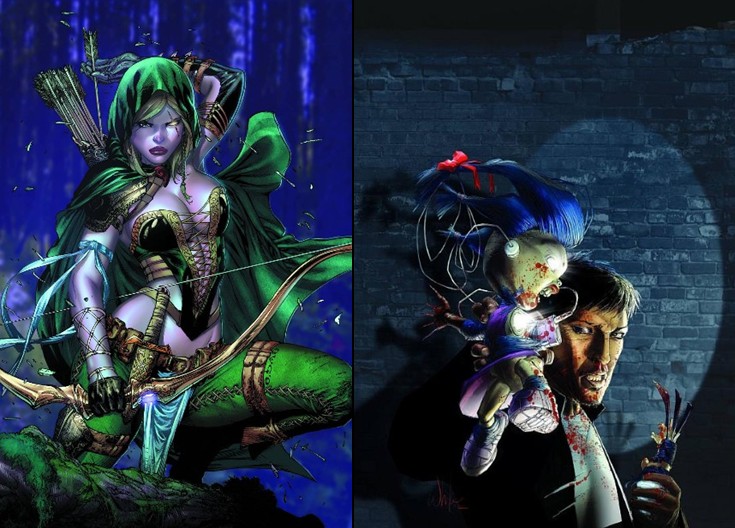 So what will DC comics do for an encore after what seemed like weeks and weeks of those Zero issues? Well you can start with getting the lame character Penguin back into the mix in Detective Comics #13. Yes that’s right, the Penguin is a lame character, let’s all stop pretending like we really care about him. But maybe, just maybe we’ll get a different spin on him from one of the better writers out there in the comic industry; Mr. John Layman. Of course we all know John from the Image Comics CHEW series, but do we know that John originally had his hands on a Batman comic from 2002? Yes he did, really. Check out Batman/Deathblow: After the Fire #1, you’ll see John Layman as the Editor of that comic. How cool is that!? Encore…..encore!

Okay want more from DC this week? How about Stormwatch #13? Of all the comics to reintroduce Jack ‘The King’ Kirby’s Demon into the New 52 “modern time setting”, it has to be Stormwatch? Okay. Jack Kirby first introduced us to Etrigan the Demon back in 1972. This was and IS essentially Jack Kirby’s character, having his paws all over this comic as Penciler, Cover Artist and Writer. So do yourself a favor and buy the 1972 comic to see a master at work and to own a nice first appearance of a character that is getting reintroduced in today’s “New 52”. Encore…..encore!

Want MORE from DC Comics this week? Tough crowd! Okay how about Action Comics #13? So what to talk this issue up about you ask? How about the cool artistry of Travel Foreman? That’s a start. How about the return of Krypto? Yes now that’s neat! The return of a dog with a cape! YAY for comic books! Superman’s best friend first appeared in Adventure Comics #255 WAY back in 1955. Wow that’s an old dog!! Hold on, let’s get the calculator out, be right back…………………………………….Okay so the age of Krypto here is 399. Not bad! Must be the healthy dog food Clark gives him.

So moving away from Crypto the dog, we find something here just as old here on InvestComics Comic Hot Picks and that’s Marvel’s absence from the list. Not anymore true believers! (Thanks Stan!).

So what does Marvel have to offer up this week that’s worth a mention? How about we have some fun first? It’s always about business! Not really, but that sounded like a nice way to ease into this.

Uncanny X-Men #19 presents fans with a kissy kissy romantic cover this week. When first seeing this, it got me thinking about ALL of those romantic poses and kissy covers over the years for the X-Men titles. So I set out and found a bunch of romance for the InvestComics fans. That’s right! Scroll through many X-Men titles, related titles and promo’s pertaining to the art of LOVE from the images below. See don’t say InvestComics never looks out for ya….. 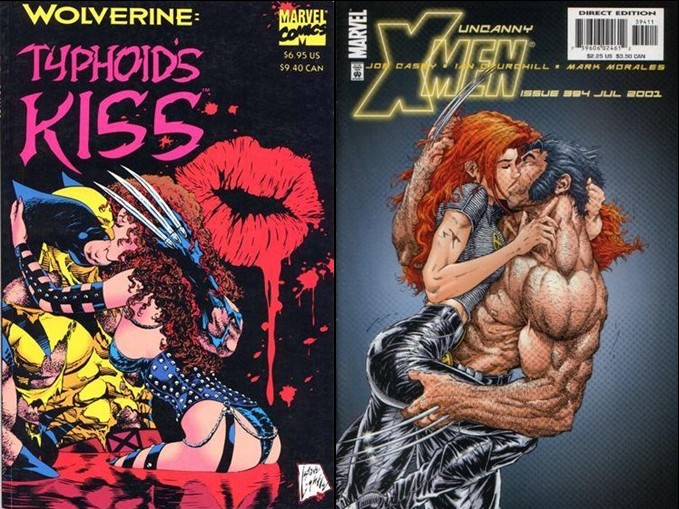 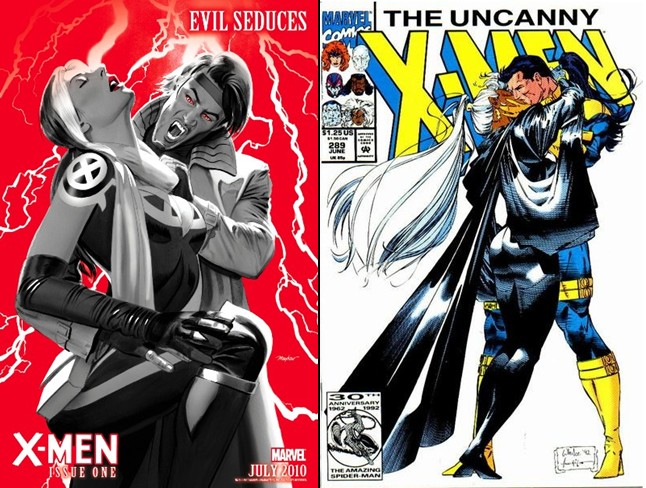 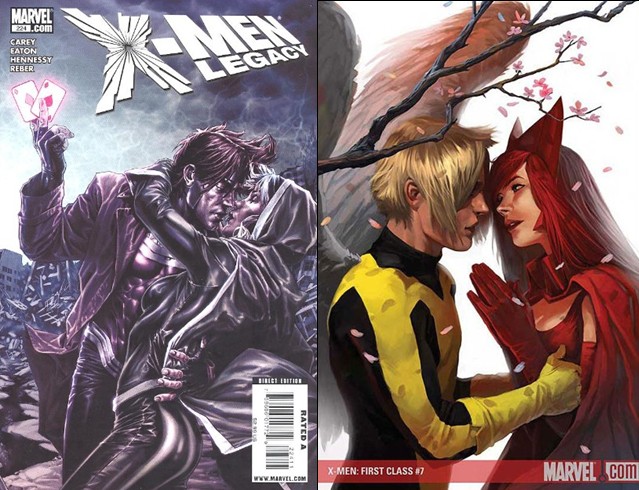 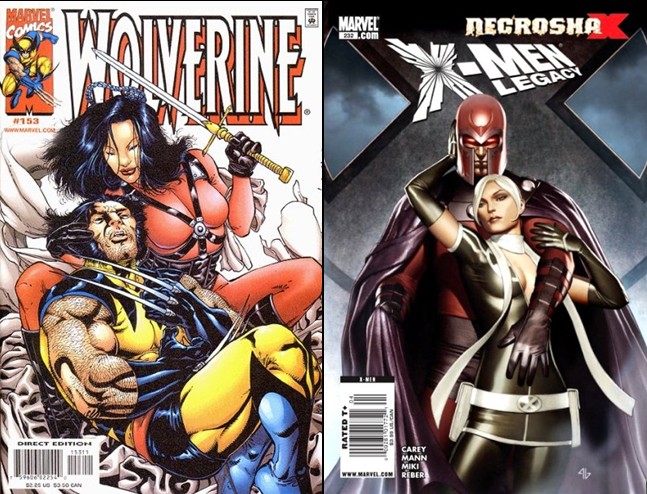 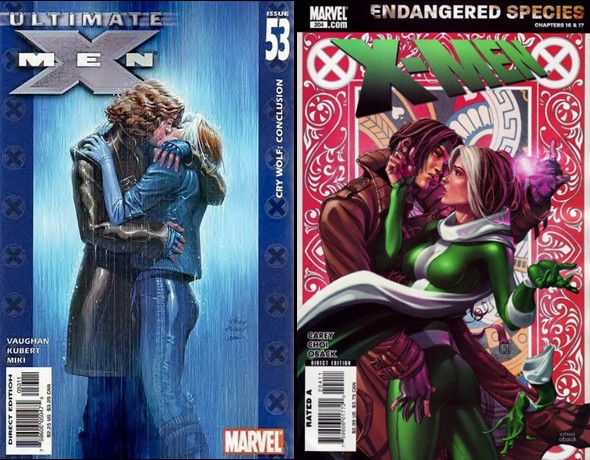 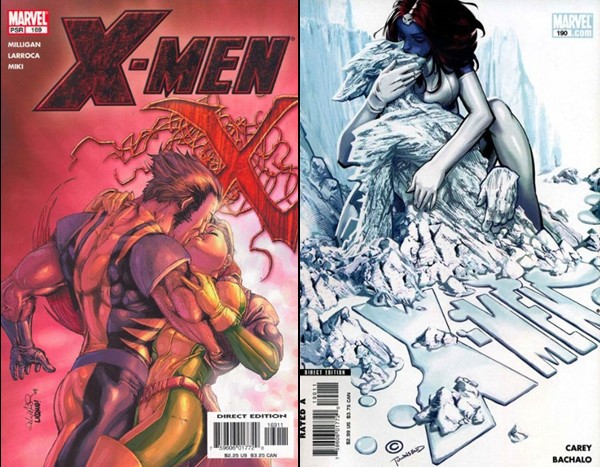 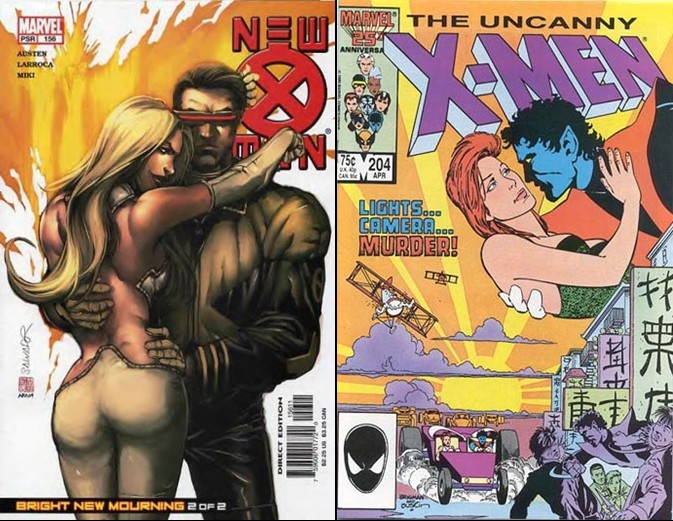 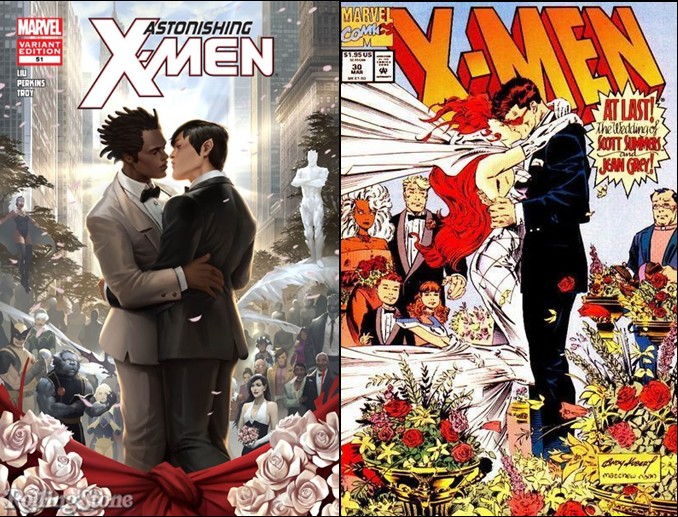 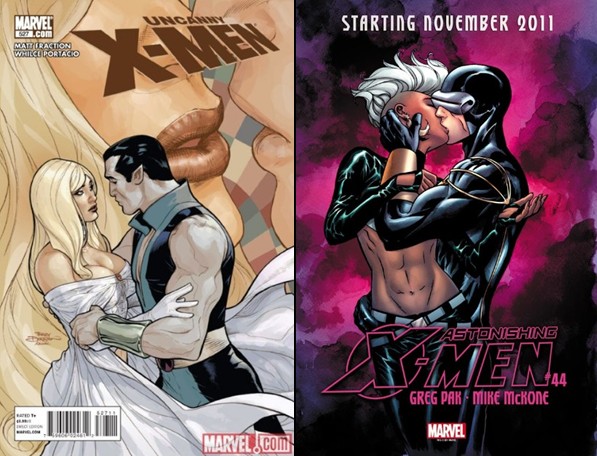 Amazing Spider-Man #695 brings the Hobgoblin back into Peter’s tormented life. All leading up to the Amazing Spider-Man #700 which will probably make headline news for the “shock” that it will bring….BUT things will settle down and go back to normal, won’t they? Hobby’s first appearance is in Amazing Spider-Man #238 (1983). This amazing (no pun intended) collector’s issue is not only the debut of one of the elite villains within Spidey’s rouge gallery, but also an abundance of creative talent attached here! Here’s the lineup, writer Roger Stern, penciler John Romita Jr. and a cover by Romita Jr. AND Romita Sr.!! This comic needs to be in your collection if it’s not already there, which it should be.

On from the topic of awesomeness to lame and then back to awesomeness. Follow that? Okay so moving on from the topic of Amazing Spider-Man #238 we come to the lame duck this week called Spaceknights #1. This comic collects Spaceknights #1 & 2 from 2000. Wow this is lame. Lame on many levels, but the most glaring and obvious reason is that Spaceknights from 2012 (pinup? mention?) nor the old 2000 miniseries gives the one character that is excluded from the Spaceknights books and that is THE Spaceknight himself ROM. ROM is awesomeness. You see, Marvel cannot include ROM for legal reasons, but can use Spaceknights because they own that. Who cares?? ROM is the prize here. If Disney can buy Marvel Entertainment for 4 Billion dollars, there has to be a way to pry ROM away. Get ROM back Disney! Imagine this, ready for this? A ROM Pixar movie!! YES!!

Well It looks like we’ll all witness the demise of our favorite blind lawyer Matt Murdock, a.k.a. Daredevil this week in Daredevil End of Days. And if it’s any dead giveaway or indication of who is responsible for his death from this cover, it’s Bullseye! Bullseye is THE villain within his rogue gallery. Yes Kingpin is cool, but Bullseye, he’s the thorn that forever lives in his side. Check out the guy who sends Matt to his maker in his first appearance in Daredevil #131 (1976). And to sweeten the debut of Bullseye the story is written by Marv Wolfman.

And finally from Marvel, Avengers vs. X-Men #12 wraps up. Yes hooray.

There are two number one issues to look for this week; Non-Humans #1 from Image Comics and the soon to be megahit Robyn Hood #1 from Zenescope Entertainment. Zenescope recognizes the need for more bad ass female leads and they may well have it!

Thanks all, see you next week. Invest wisely.

InvestComics – Covers of the Week! 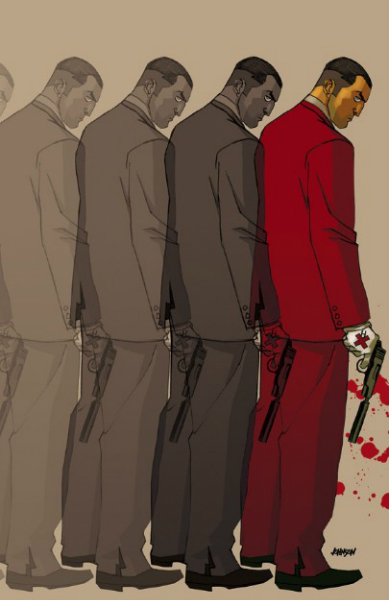 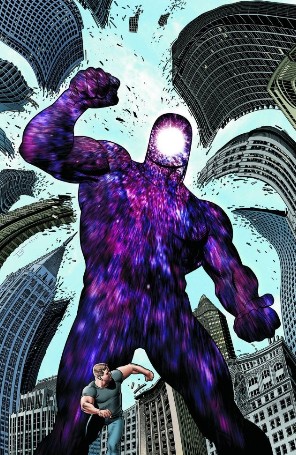 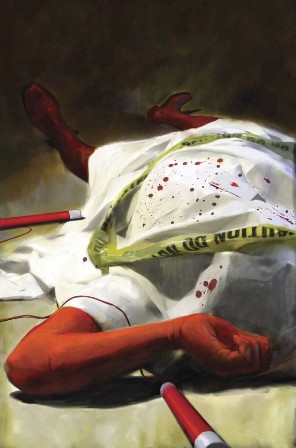 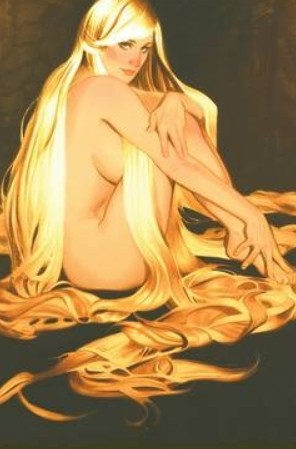 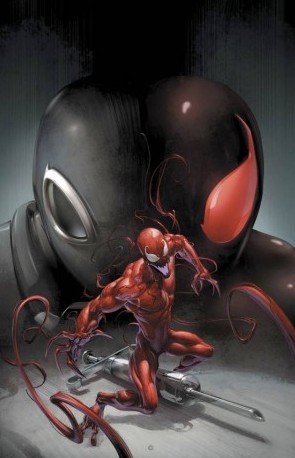