*This article originally appeared in (InvestComics Comics & Cinema section on Project Fanboy) in December of 2009. A few weeks back we covered the Avengers (Hero) Hot Picks, this week we take a look at the villains.

The Avengers have had many adversaries over the years. The Avenger villains throughout the years are definitely not a list of who’s who in the Marvel Universe. Better yet, a “who’s that? Or maybe even an “Oh yea I forgot about that one!” There is one thing regarding the villains here. Will the Avengers movie be an origin movie or an all out heroes vs. villains deal? Since the heroes are all getting themselves acquainted with the audience in their respective movies, one can hope that we get right down to business and have a villain or 2 appearing. We can also hope as well to see Thor vs. Hulk first, or a couple of the heroes battle each other, then get down to business and kick some villain as*!
While Marvel can choose any villain they want from their vast library, InvestComics will stick with who has appeared in the Avengers books as a bad guy or gal. So aside from one of the greatest if not the best tale ever to be read or drawn in the pages of The Avengers, The Kree-Skrull War would be “The Movie” to make for any fan of comic books, but this isn’t so much about us “comic collectors” as it is for Hollywood to figure out their best angle to make the most money out of the least amount of work. In saying “the least amount of work”, you have to understand the task at hand here. Imagine trying to fill up a screen with 3 Major Marvel characters that all will have had solo movies before this one comes out. If too much time is spent worrying about character time and who should get more money shots than the other, this movie will take about 5 years to get done. According to the latest release dates, The Avengers movie will be coming in 2 years! We’ll see it happen in 2012.

Now back to the Kree-Skrull comic. The first part of this mega awesome story appeared in The Avengers #89 with the awakening of Kree-Sentry. Although the first part from 1971 will cost you only about $60, it’s The Avengers #93 that takes the cake in this storyline. It’s the double sized issue drawn by the legend himself Neal Adams. This prize issue comes in at $250. Out of the entire 9 issue run here, this would be the one to get. There were 3 other legends that join in bringing this epic story that eventually led to the Secret Invasion story arc. Sal Buscema and John Buscema were on hand along with writer Roy Thomas. If you never got around to checking this story out, you should make a point of getting to it. So if the Kree-Skrull war doesn’t come to the silver screen as part of The Avengers movie, too bad for us and too bad for anyone that doesn’t know of this epic tale.

Let’s march forward to the Villains. Here they are in no particular order.
A Hank Pym creation that goes wrong, his creation is called Ultron. This villain has been around for a while now, constantly a thorn in the Avengers side. In 1968 the debut of Ultron happened in The Avengers #54. This will run about $70. Well worth it for a villain that we all know will always be around causing some sort of havoc for the Avengers. If Ultron is announced to make it to the silver screen, that goes up a few dollars tomorrow. If you’re looking to spend a few more bucks, take a look at The Avengers #8 (1964). This is the first appearance of Kang. Kang has been a brutal force against our Avengers for many years. The price tag here is in the $200 range. Kang is also going to rule the land in 4000AD.
The Avengers #4 hits for the second straight article. The first time it was for the first appearance of the silver age Captain America, this time it’s here because it’s the first appearance of Baron Zemo! Yes it’s a twofer issue!

Absorbing Man has given our mighty heroes a problem from time to time. Check out his first in Journey Into Mystery #114 (1965). This will be the most expensive of the choices with the Avengers villains. $2000 is the starting bid here. Our next villain made an early appearance in the Avengers books. The Avengers #10 (1964) features the debut of Immortus. $200 gets you a copy of this one.
Traveling to the Cosmos we find a few characters that have been a nuisance over the years for our beloved team. Korvac falls into the annoying people category for our team. Debuting in 1975 in Giant Size Defenders #3, he quickly found his way into the lives of Marvel’s Super team. This comic cost only $20. Take a look to the supposed 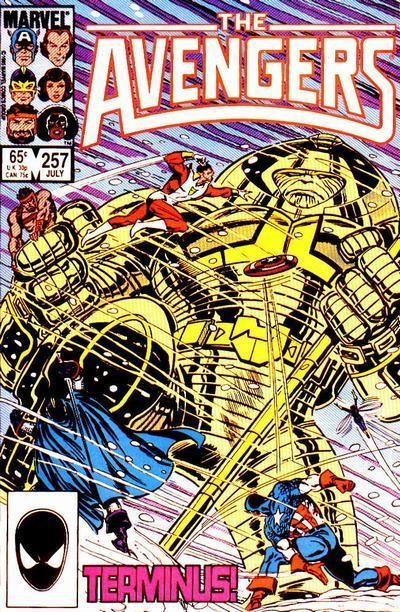 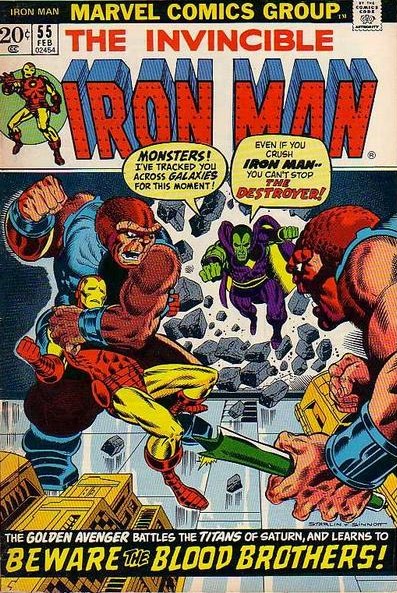 granddaughter of the baddest Cosmo dude of all, Thanos. Nebula claims to be related to Thanos, but if she really was in some way wouldn’t she really be kicking some serious as*? Check out her debut in Avengers #257 (1985) for only $5. Yes it’s safe to say that she is a second rate villain, unlike her “grand daddy.” Speaking of Thanos, Iron Man #55 (1973) is the first appearance of the Cosmo goliath. If you find this comic in great shape for $200, it’s a fantastic buy for one of the most underrated villains in the Marvel Kingdom.

So there you have a smidgen of villains that have crossed the path of Earth’s Mighty Heroes. Will any of them appear in the movie? As comic book fans we always hope so! The possibilities of seeing a Thanos grace the screen or even Captain Marvel from the Kree-Skrull story would be a dream come true. Could you imagine the Avengers movie leading into a full out Marvel Cosmic Universe movie? They already have Silver Surfer out there; just add characters like Rom or something! Yes that’s right, Rom. Bring back ROM!