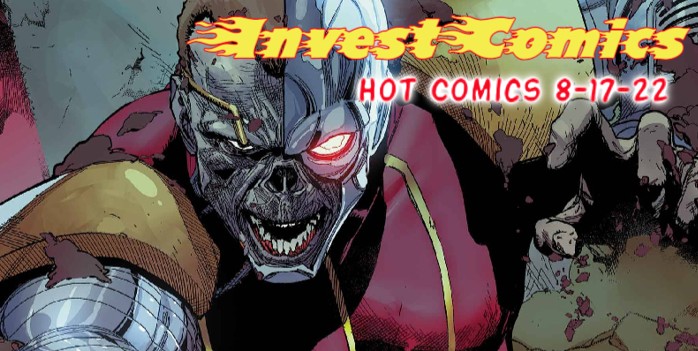 Here are this week’s top Trending/Speculative Comics out this Wednesday 8-17-22.
Please note: All new comic releases can and will change release dates from time to time. Check with your local comic shop on the guarantee of arrival time. If ordering from eBay, check with the seller or post details.
Like something we’re talking about? Like a cover? Like the debut of a new series? A first appearance?
Click on ALL Red-Highlighted LINKS/Comic Covers to BUY/BID from ALL available eBay sellers now (always buy from high-rated eBay sellers).

Batman One Bad Day: The Riddler #1 – Eight Batman villains, in eight issues, are in line to receive a 64-page high-quality tale told about them. With high-quality creators like writer Tom King and artist Mitch Gerads at the helm for this one.
Edge of Spider-Verse #2 – The first appearance of Spider-UK. Probably the hottest new comic this week. This entire series will be loaded with first appearances and new Spider-Verse twist. You should be on board for all of it.
Daredevil #2 – With a large number of relaunches, Marvel loves to point out the anniversary numbering when they pop up. This comic is a case in point. It should be labeled as issue number 650, but the silliness of collecting has brought a new number one issue almost every other year. With Daredevil #650, there will be a large number of comic creators, who have worked on the Daredevil character, lending their talents here to celebrate the occasion. Marvel promises some surprises
Iron Cat #3 – Three issues in and a new Tony Stark Iron Cat armor makes its way in.
Hulk #8 – The “Banner Of War” storyline concludes. Will writer Donny Cates go out with a bang here? Word has it that this issue will “shake the Marvel Universe” to its core.

Avengers 1,000,000 B.C. #1 – Comic book readers/collectors remember a huge revelation a few years back regarding Thor and Angela. That was a hot commodity for a hot minute. Will the big “secret origin” of Thor in this story here be big enough for the true collectors though? It all depends on the 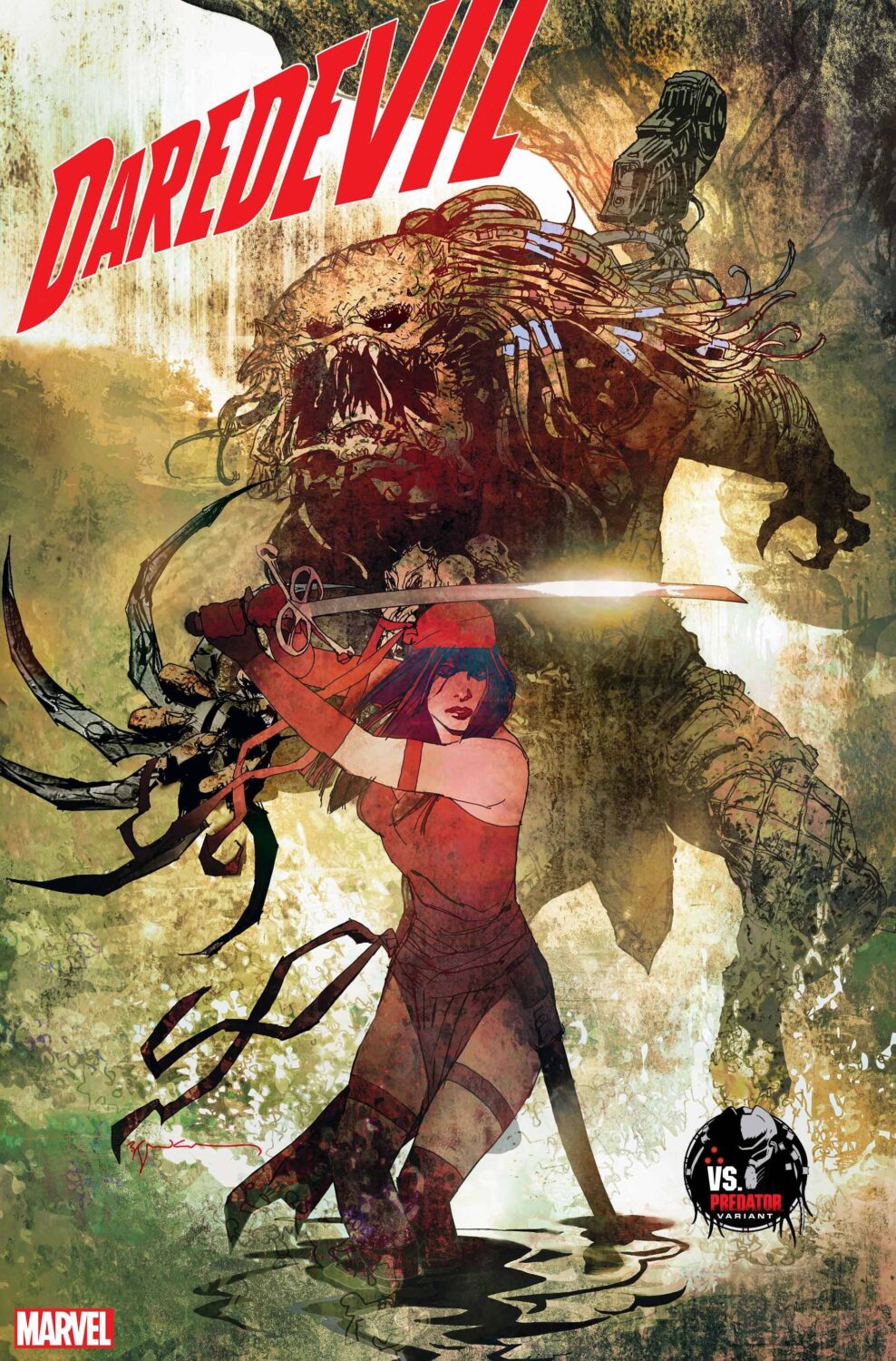 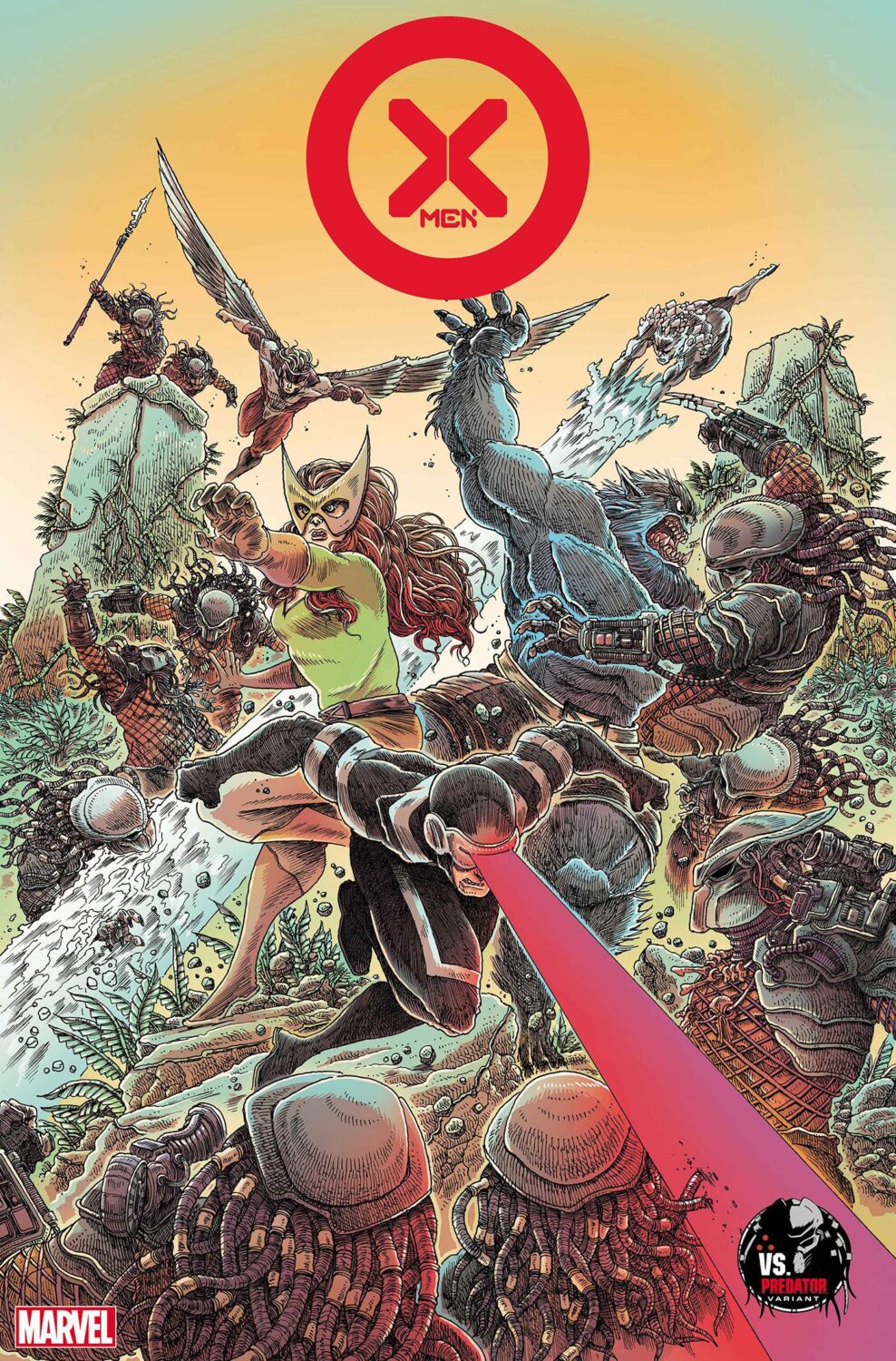 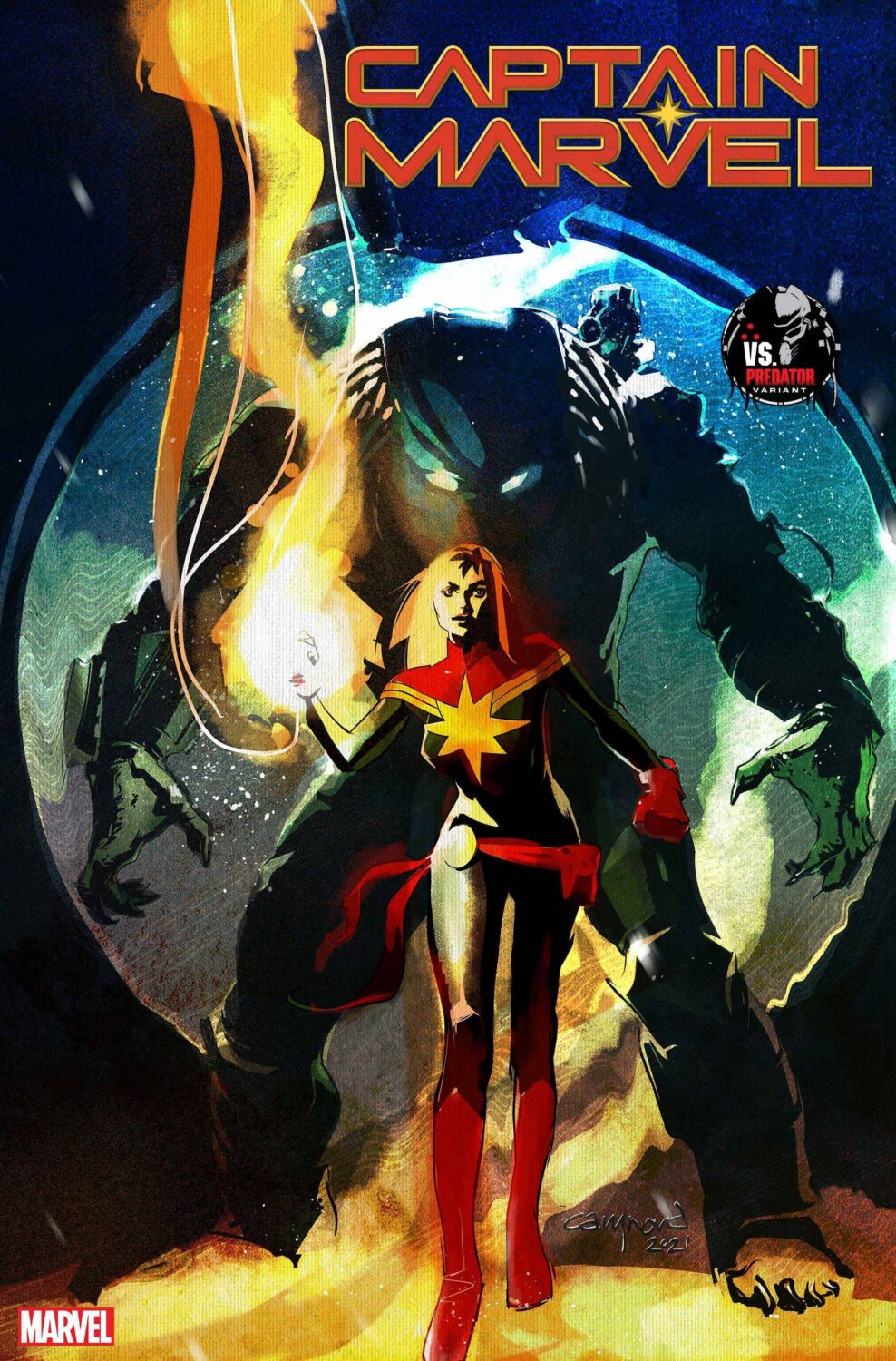 narrative pushed by the ones with the most to gain. That’s how it’s worked for years and it’s no different now. In light of the recent Black Flag/CGC controversy, we’ve informed readers here for many years to be vigilant about the markers on eBay, the overpriced variant covers, the variant exclusive cover companies, the actual direction/control/power the grading companies have, and the narrative pushed by video and app speculative outfits to fit their needs. It’s been going on for a long time and you’ve been educated here time and time again. It’s still happening, but at a much slower rate because the hobby is finally coming around to the nonsense a bit. But, our family here has been well aware of these practices and knew better. So, about this new comic. The reveal, if one exists, will have to be monumental in order to move the preverbal needle. If it’s a simple reaction, “okay, that’s cool”, the dictators of the market may push unnecessarily in the wrong direction to sucker you in. But you already know this because you’re here. Writer Jason Aaron is on this though, so we may get something super special. Wednesday can’t come soon enough.
Check out this week’s crop of Predator variant covers; Captain Marvel #40, Daredevil #2, X-Men #13.
Savage Avengers #4 – This will definitely be an interesting book. Writer David Pepose will provide early, major pieces of the Deathlok character. Essentially 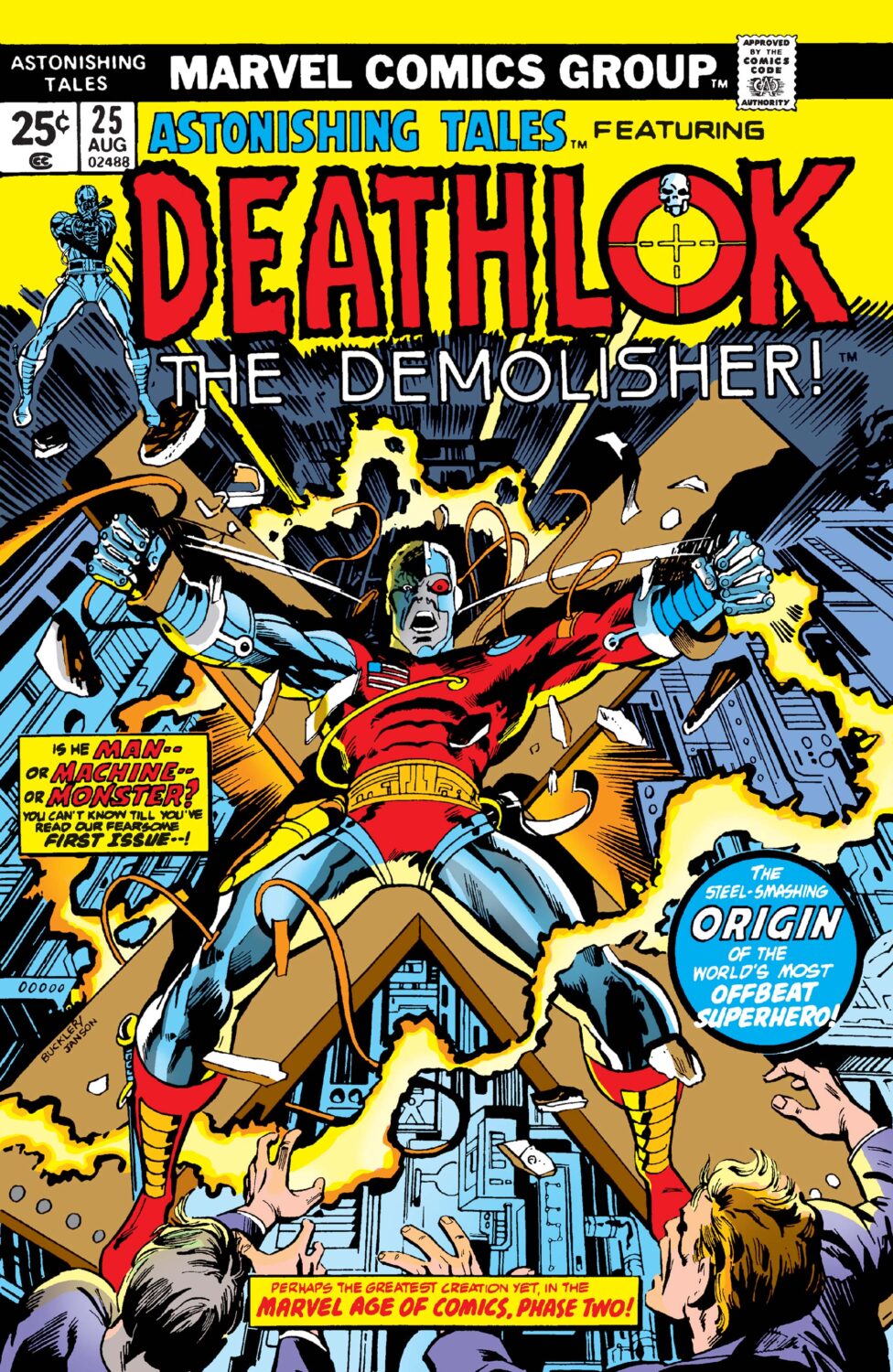 an origin piece. Astonishing Tales #25 (1974), Deathlok’s first appearance and the legendary first creative work from the late George Perez, is still affordable in some places. InvestComics recommended this comic back in 2007 when it was $15. This comic should be in your collection though. Period.
Entropy #1 – New series from writer Christopher Priest. The description says “Breaking Bad meets Green Lantern”. There is even a Breaking Bad homage cover out there. Is there anything potentially cooler to get your blood moving this week? The introduction of a new character(s) here from Heavy Metal Comics. Our sleeper of the week, no doubt. A few copies sold on eBay with none for sale at the current time of this article. Rare? Possibly. We’re looking forward to this one.
Crossover #1 3D Special – The semi-smash hit series turns into a 3-D story. A reprint of the original first issue with the added special effect to it. Original writer Donny Cates comes back to add an additional story in the back to entice readers to pick this up.
Ms. Marvel & Moon Knight #1 – Have these two ever met? Not quite sure, but this is their first team-up book.

The Last Shadowhawk #1 – This character was part of the booming speculative 90’s market back in the day. Now, most of the Shadowhawk comics are found in long boxes for $5. No more dollar boxes because every comic in today’s market is regarded as a “key issue”. It’s hard for most to sell something for what it’s really worth because a potential movie announcement on the horizon changes everything and makes things way overpriced quickly. The new release arrives with a large number of homage covers that we’ve all seen time and time again.
Jimmy Little Bastards #1 – Garth Ennis is back with his old crew. A new mini-series from Afterburn Comics.
Trve Kvlt #1 – The story here sounds like something from a Netflix movie. Writer Scott Bryan Wilson and artist Liana Kangas.
A.X.E. Death To The Mutants #1 – Marvel’s summer deodorant event keeps chugging along with number one issues popping up all over the place.
20th Century Men #1 – From writer Deniz Camp and artist S. Morian comes this futuristic political driven, sci-fi story.
Ultraman The Mystery Of Ultraseven #1 – New Ultraman story from Kyle Higgins, Mat Groom, and Davide Tinto. 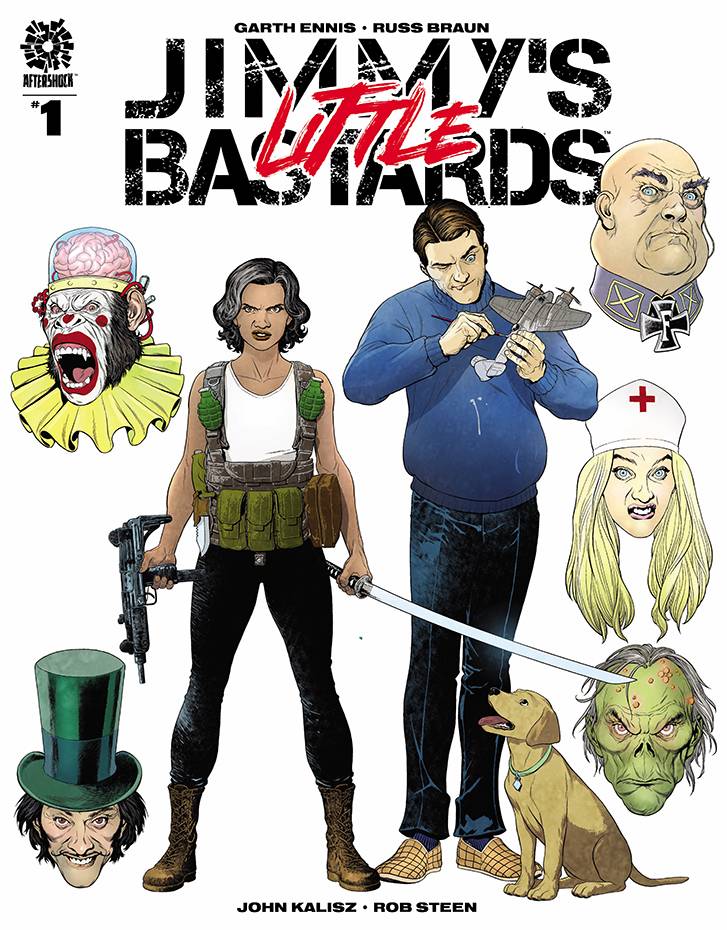