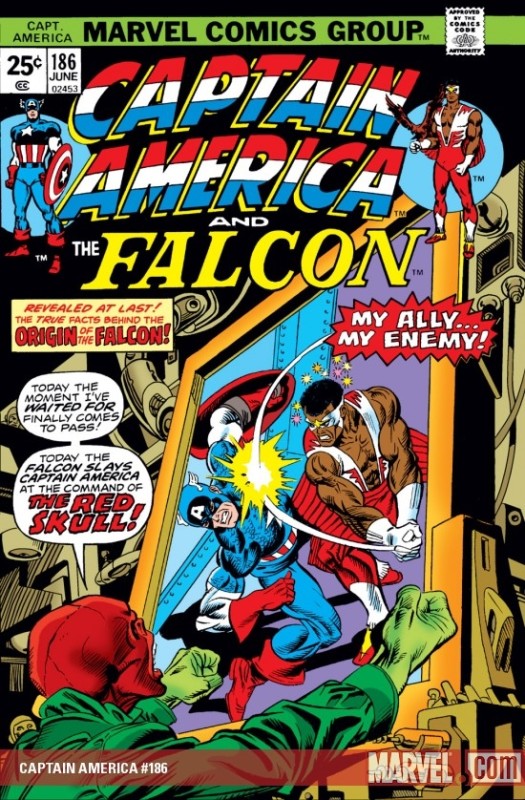 By now most collectors should be all over the first appearance of the Falcon in Captain America #117. A 9.4 CGC graded copy is selling for only $1000 right now on Ebay. It’s an absolute bargain for one solid reason. When Captain America 2 Winter Solider hits the theaters next year, it’s going to be very interesting to see if the Falcon becomes a character that demands his own screen time. Actor Anthony Mackie will probably make the Falcon a character that fans will love. While a long shot, Marvel has spoken of visiting a female genre and also having an African American lead in a movie. Who will that lead be? Well most likely either the Black Panther or Blade, but do not rule out the Falcon. If a Falcon film ever comes to fruition, obviously Captain America #117 will be a book to have in your collection. It is after all the first mainstream African American Superhero ever. But if a collector is not in the game right now for Cap #117, there is another Cap issue that is extremely affordable at the moment and will command some cash in the aftermarket even as the Winter Solider movie approaches. This edition of InvestComics’ Single Hot Pick recommends Captain America #186 (1975). This comic is a solid origin issue that needs not to be ignored. Only 25 CGC grades exist at the moment. Our friends over at GPAnalysis list a graded 9.8 sold in 2011 for only $277. What a beautiful pickup for that collector. CGC list only 3 in the 9.8 spot, 9 in the 9.6 position, and 5 hold in the 9.4 range. This comic is on the cusp of greatness. Buy this comic now before the collectors market realizes that Captain America #186 is a Gem. 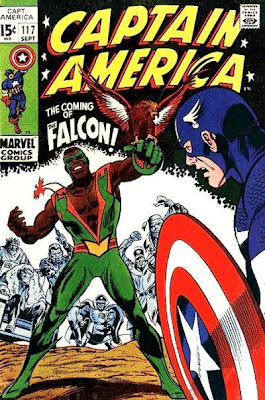