Happy New Year everyone. 2013 was a stellar year for the InvestComics family. So many things were on the positive upswing, and 2014 looks to be an even better year. Record breaking numbers for the website as InvestComics expanded into a vast array of social media. New comer to the InvestComics team Rafael Rosario (Marketing/Media) of Ratchet City Comics has brought a new flavor that has seen InvestComics already taking the next steps to ensure that we are going to be even bigger in the new year. There are things coming that will simply blow away the InvestComics faithful and new users alike. 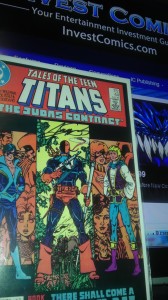 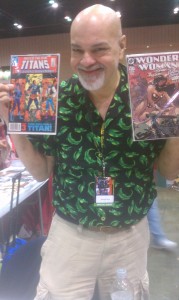 InvestComics Publications also began this year. A huge undertaking with the website and other media demanding the attention it does. No worries though, the Invest Pub will continue to crank out books in the coming year. Also be prepared for something very special coming in October 2014 from the house of leaders; InvestComics Publications.

DC Vertigo will have a huge hit on their hands this week. Be sure to be on top of Dead Boy Detectives (2013) #1. This Sandman spin off will have the loyalist flocking to the shelves for this one. Not only will the Sandman faithful be a part of the sellout here, but the curious readers and collectors. The Cliff Chiang variant is already sold out and the regular addition is probably on its way to a second print. Want to get in on the ground floor with this hit book? How about looking for a Sandman #25 from 1991. Some dude named Neil Gaiman was on the book at the time, but this comic holds the first appearance of Dead Boy Detectives. So…….what are you waiting for?

Batman The Dark Knight (2011 2nd Series) #26 will be a (mostly) silent book. No reading required here, just lots of pictures. Think of this as the Batman Playboy issue. Although not a new inventive idea by any means, there have been comics with no words in them. In recent history however, one comic seems to stand out above the rest. In 1984 (wait this is 29 years ago! Recent history??) writer Larry Hama had the comic book hobby enthusiast pining for the release of G.I. Joe The Real American Hero each month. With issue number 21 THE silent issue hit. Not only was it a big commercial success, but the comic also featured the first appearance of Storm Shadow. This particular book commands some nice bucks as a graded 9.8 or even a 9.6. Will this silent (almost silent) Batman comic ever be a collectors item? Maybe, maybe not who knows? But it sure is fun reminiscing about that awesome G.I. Joe comic!

If you’re a frequent flyer around here you will know that InvestComics loves covering the variants. This week there will be THE mother of all variants. A $300 Superman Unchained (2013 DC) #5 Jim Lee incentive sketch cover. This beauty falls in the category of; if you got it, spend it because you’ll make your money back three times easily if the comic is graded a 9.8 and signed by Jim Lee. Can the same be said for the very attractive (and sold out!) Twilight Zone (2014 Dynamite) #1? The variants are fetching $100 (25 exist), $75 (50 exist), and $20. Follow the same guidelines as the aforementioned when you do acquire the $100 comic. But of course get the signature of J. Michael Straczynski on this one! So wait a sec here, a 25 copy variant on a sold out comic across the board, signed by J. Michael Straczynski, and a 9.8 grade? Look to triple or quadruple your take back here. This will actually be as big as the Jim Lee Variant as far as aftermarket percentage goes.

Dark Horse Comics brings back an old 1940’s hero in Captain Midnight 1 For $1 (2014) #1. This $1 comic will reintroduce Captain Midnight to the modern day. It’s almost sold out, and rightly so! For a buck? If you’re in the market for a Golden Age book, you can check out the first appearance of Cap Midnight in The Funnies #57 (1941). A couple of sold out number one issues to keep an eye on for on new comic book day; From the amazing Michael Linsner comes Sin Boldly (2013 Image) #1, and from Dark Horse Juice Squeezers (2014 Dark Horse) #1.

There are two number one comics coming that are running at a very slow pace out of the gate sales wise. Bad Blood (2013) #1 and Baltimore Chapel of Bones (2013) #1. Maybe they’ll pick up….

And finally, a couple of hot comics with new creators on board to check out. Guardians of the Galaxy (2013 3rd Series) #10 features the awesome artistry of Kevin Maguire and Aquaman (2011 5th Series) #26 features new writer Jeff Parker.