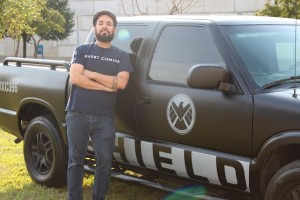 InvestComics is at the ComiCONN in Connecticut this weekend. You should really hop on over to the InvestComics Instagram to check out the very cool images from the show. There is some awesome cosplay and so much more. Look for more pics to appear on the actual InvestComics site later. Special thanks goes out to the InvestComics VP Rafael Rosario (@ratchetcitycomics) for holding up the fort at the show.  His north east coverage this year has been outstanding.

Next stop; Baltimore Con and the New York Comic Con. We’re looking forward to those!

Not much in the way of the speculation market this week, but plenty of new reads. Now is a good time to get your inventory in order and look for those back issues you have been putting off. But, we can start fun speculation mayhem if you’d want to be a part of it! Details below……!

The spec market possibly turns your two purchases of $3.50 and $3.99 into the black with Fade Out (2014 Image) #1 and  Delinquents (2014 Valiant) #1. Fade Out #1 is already sold out as I knew it would be. It’s a new story written by the awesome Ed Brubaker told in the noir style genre. Image Comics and Mr. Brubaker are possibly doing some foreshadowing with the release of the Fade Out #1 movie magazine sized variant, which also happens to be sold out. What does this all mean really? Nothing if the story doesn’t hold up or we get delays with the issue releases. Otherwise, there will be a quick spike in the aftermarket with this title. The magazine variant is an odd approach though. Will comic speculators embrace it? We will see. As for Delinquents #1, Valiant may have a home run on their hands here. The wildly popular Quantum and Woody team up with Archer and Armstrong. The comic right now is showing some nice sales and will eventually sell out. However, with that said, the new Valiant comics aren’t really a high priced turnover marketable seller. Maybe this comic will be a part of the scarce few that have made a bump in the aftermarket. A nice $50 variant sits out there. A big risk for the speculator here. The only way to possibly make a turnover on this comic would be to get it signature series graded. It must pull a 9.8 or higher to make any sort of money here. A higher risk than I personally would take. So the Fade Out #1 from Image Comics would be the better buy of the two here by a large margin. Do know this though; Delinquents #1 will be a stellar read.

Enormous from 215 Ink continues to do well. Enormous (2014) Ongoing #3 is sold out. That makes three sell outs in a row.

Little Nemo Return to Slumberland (2014 IDW) #1 looks like a winner from IDW as does Giant Robot Warrior Maintenance Crew (2014) #1 from Cosmic Times. 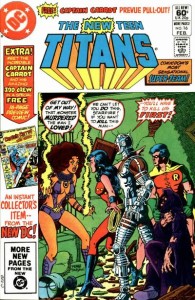 ….And then there is Multiversity (2014 DC) #1. Legend Grant Morrison is at the helm here, teaming up with the top artist in the industry to bring us “the biggest adventure in DC history”.  While I personally was never a big fan of the convoluted superheroes from different universes within the Multiverse; Superman Earth 23, or Flash Earth 18, or Earth this or that, I can’t help but to peg one character that peeks my interest in this new comic. Captain Carrot. Yes that’s right. Supposedly Captain Carrot will get a makeover as we’d never expect. That to me sounds like fun! Not the bazillion different confusing heroes from all of these various places, but Captain Carrot! Let’s get the buzz going with The New Teen Titans #16 (1982), the first appearance of Captain Carrot written by legend Roy Thomas. Let the world know that InvestComics started the momentum, the demand for The New Teen Titans #16 and that we want more Captain Carrot!

As I end each and every week with the words “Carpe Diem”, condolences to the Robin Williams family. Even the ever growing and popular InvestComics Facebook Group page was named “Investing in Comic books 101 (IC Poet Society)”.  You were an obvious influence. You will be missed.