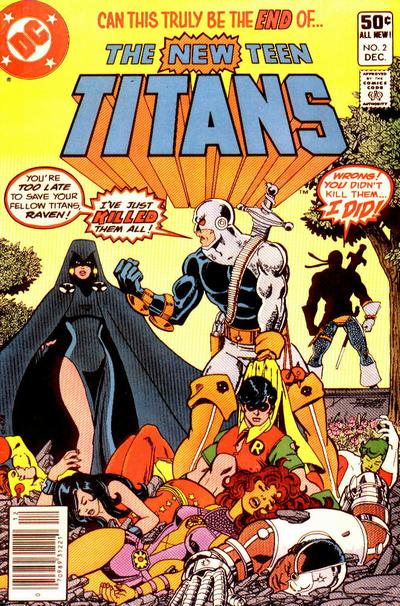 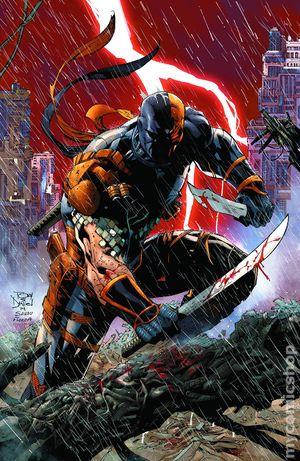 Not much in the way of sold out items this week except for books like Alice Cooper #2, Southern Dog #2, and a Shaman #1 variant cover. But more important books to keep an eye on this week…….

If you’re a regular reader of the InvestComics Hot Picks, you would not only be greatly informed, but you would know that I have been bullish (buyer) on The New Teen Titans #2 (1980) for about 8 years now. Nothing has changed except that Deathstroke will be getting more attention this week with the release of his own ongoing series; Deathstroke (2014 DC 2nd Series) #1. I cannot stress enough just how much this dude is on the cusp of greatness. He’s appeared on the Arrow show with much fanfare and fans cannot seem to get enough. Now DC releases the solo series and what could be next? Well, DC/WB just announced their 10 movies coming out within the span of the next 6 years. Yes that’s right 10 movies in 6 years. We’ll see about that, but that’s not the focus point here. The focus point is the character Deathstroke. If DC/WB have a clue, they will include Mr. Slade in one of these 10 films. And they probably will. Getting prepared for the coming of Deathstroke will only cost you between $99-$125 for a raw copy of The New Teen Titans #2 (First Deathstroke) (1980). I implore you to buy this comic.

With all of the excitement of the new Gotham series comes Arkham Manor (2014) #1. Look for some interest with this one.

Cyclops (2014 2nd Series) #6 will feature the debut Marvel artist Javier Garron. He’s done a few things for DC and IDW, but this marks his debut into the Marvel fray.

Hard to believe that Edward Scissorhands made his appearance on the big screen 24 years ago. Even more peculiar is the fact that there is no comic adaptation of this dude……until now. Edward Scissorhands (2014 IDW) #1 will follow Edward 50 years after the movie. If you’re a fan of Eddie, this one is for you!

Other cool comics to check out this week; The awesomeness of all awesome team-ups, Teenage Mutant Ninja Turtles Ghostbusters (2014 IDW) #1, 13 Coins (2014 Titan) #1 by fan favorite Simon Bisley. An attention getter out of the gate. Memetic (2014 Boom) #1, and Image Comics brings us Goners (2014 Image) #1. You should check out this interesting plot line before they’re all……..gone.

That’s it for this week. See you soon.