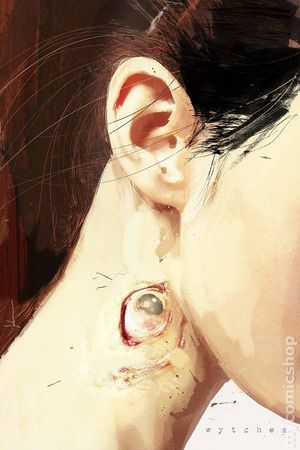 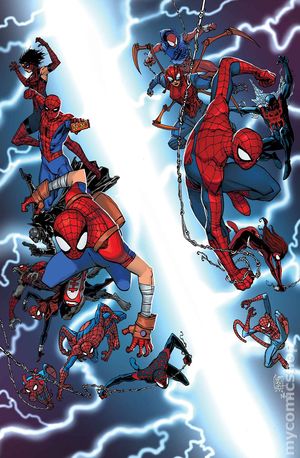 Not each week does the opportunity present itself that a surefire hit will surface, that one book that will be an instant aftermarket success. This week however, there is that book (and another, but more on that in a bit); Wytches (2014 Image) #2. The success on issue number one was so great, that it will indeed spill over to the second issue, I guarantee it. Get your copy quick because it’s already sold out at the distributor. The reason for the success here? Put Scott Sndyer on writing duties, put Jock on art and cover duties, which equates to a fantastic story. Add to the mix of a possible movie deal and you have instant speculation gold.

A book that may take some speculators by surprise this week is Kitchen (2014 DC/Vertigo) #1. A reverting story line coupled along with the great DC imprint of Vertigo makes for a possible sleeper. The $10 variant is already sold out, so pay attention to this one.

It’s not too often that an IDW comic cracks the InvestComics Hot Picks list. The aftermarket never acts too kindly to certain independent publishers, this being one of them. That said, not to take anything away from them! They put out an outstanding publishing line. This week IDW gives us a rarer original content comic instead of a licensed one. Check out Bigger Bang (2014 IDW) #1 this week. Looks like a winner.

Drifter (2014 Image) #1 is sold out at the distributor, but is still available at some of the on line outlets. If you are afraid you may miss it at your local shop, you should probably buy it on line before that becomes a non-option for you.

What more can be said on here that hasn’t already been said about Spider-Verse? I have been alerting you for months about how important this saga is. Gave you a heads up on the Gwen Stacy issue too a few weeks ago. It begs repeating though just in case you haven’t been listening. This Spider-Verse story line is one of the most important speculation Spider-Man series to come out in quite some time. This isn’t “One More Day”, or “The Clone Saga”, this is a story line that will introduce and re-introduce every single Spider-Man costume, person, metal armor, and even an animal BACK into the fold of the Marvel universe all at one time. So to reiterate for the millionth time here, what does this

mean for the speculator? It means that there are going to be an abundance of breakout characters here. Old and more importantly NEW! If you are a reader or a speculator, you need to get on every single Spider-Verse book. Anything Marvel throws at us, get it. There will be introductions (and reentries) in books that you were not expecting and BAM the book will blow up because the character(s) suddenly are at the forefront of a new book, or appear in another thus creating a mad frenzy to find that first appearance. I said it from the beginning, the Spider-Verse story line is a huge marketing monster with tremendous potential to explore and introduce new Spider characters. Do not sleep on this specs. So with all of this stated, Spider-Verse (2014) #1 will do all of the above mentioned. The team of Dan Slott and Humberto Ramos begin the awesome series. There are two separate stories introducing two new spider characters. Yes this book, better yet, this series is one to get without a doubt!

And speaking of reintroduction’s, check out Silver Surfer (2014 5th Series) #7. There will be characters reintroduced into the Marvel lure that promise’s to blow readers away. Be sure to take a look and make an executive decision on whether or not to pursue this issue and the first appearances of our old guest. Oh and the best best part of this comic.Want to know? Dan Slott is the writer! So pulling double duty here with the reintro’s.

All New Captain America (2014 Marvel) #1 will be accompanied with 9 variant covers at last count. This gimmick will be short lived because most likely Steve Rogers will be back in given time and Sam Wilson will be out. A “new” Captai

n America is not “new” anymore and it’s grown a bit, become tiresome and non-eventful. It may sell out, but don’t look for record breaking aftermarket numbers here. The $200 variant is the only outstanding book sold out book at the moment. More of the same with the other new book the “new” Captain America will appear in this week; Captain America and the Mighty Avengers (2014) #1. There is a very nice $3.99 Rocket Raccoon variant to check out though.

Captain Marvel has been in the news lately. Have you seen that? Something about a movie. Anyway, in this weeks Captain Marvel (2014 8th Series) #9 all eyes will be on Lila Cheney. She guest stars. Lila first appeared in New Mutants Annual #1.

The new Hero Initiative comic Hero Comics (2011 IDW) #2014 will feature a new Maxx story from Sam Keith. Mike Grell will provide a new story on his character from 31 years ago, Jon Sable, Freelance. A hot book for a little bit back then. Check out Jon’s first appearance in Jon Sable, Freelance #1 (1983) from First Comics. And incidentally, First Comics are making a comeback with their new release Badger comic coming soon. They were great back in the 80’s. I’m sure they will put out some great reading material this time around as well.

An odd pairing from Dynamite Entertainment this week. Django Zorro (2014 Dynamite) #1. Yes that’s right Django and Zorro?! Sounds like fun! Here’s the most awesome part of this comic release. It’s written by Quentin Tarantino! Get a CBCS witness signature on this comic, score a 9.8 and you have yourself a nice book. We’re on the saddle with this comic. The variants are fantastic too. The favorite is posted here, Nice.

Don’t forget to check out the updates on the Capital Grading Services website (www.capitalgradingservices.com).