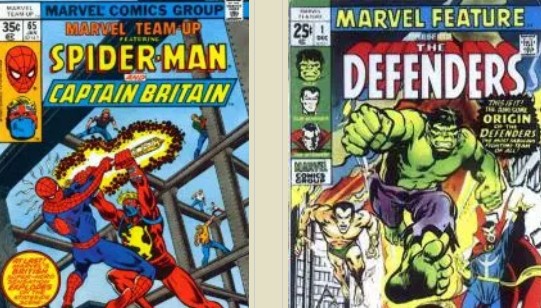 Another slow week for the speculator. This means, as it always does, time to hit those bins hard, and scour the walls at your local shop for that gem.

Not too much coming out of a relatively quiet Thursday from the San Diego Comic Con. A couple of things; DC’s Vertigo imprint announced 12 new titles coming this fall, Hasbro’s Stormtrooper figure (the black series) caused near riots, and Image’s Invincible should have a video game/cartoon or something going by next year. Click the red link to buy the first full appearance of Invincible right now. We await several things from SDCC 2015. A possible full trailer for Batman vs. Superman: Dawn of Justice, a look at the Justice League team together, plus a surprise was announced that includes Ben Affleck and Henry Cavill. Image Comics’ Outcast trailer, Marvel news, Valiant Entertainment news, and whatever else we aren’t expecting! Be sure to stick with the InvestComics social media for possible tidbits on some key comics regarding the show.

Harley Quinn #18 features an appearance by Captain Strong. His last known appearance was in 1986. Welcome back Captain! The neat cover here actually not only pays homage to a 1973 cover, but it also happens to be the first appearance too. Action Comics #421 (1973) is the first appearance of Captain Strong and the original cover to this weeks Harley book. Here’s the thing, a 9.6 on Ebay right now is only $200. Yes granted, we’re talking a fourth rate character, but still a better buy than a majority of these ridiculous variants at $200. InvestComics has always said to sell your moderns and buy those back issues. Well here’s your chance. A first appearance from 1973 that includes names like Curt Swan and Dick Giordano in it? 9.6 for $200 no less? A no-brainer here.

Now let’s talk about another Captain arriving this Wednesday. Check out Captain Britain and the Mighty Defenders #1. Looks like a fun book. It’s always great to see Captain Britain in a title isn’t it? A comic InvestComics has been recommending for years now; Marvel Team-Up #65 (1978). It’s the U.S. Debut of Captain Britain. A comic written by Chris Claremont, drawn by John Byrne, and a cover from George Perez/Joe Sinnott. We recommended this comic when it was a $1 book for years. Now it seems to have climbed a bit from that $1 bid. Should have listened! Seriously though, what is not to love about this comic? And this also applies to the Defenders as well. Their first appearance; Marvel Feature #1 (1971). We recommended at $50. Should have listened!

Ant-Man Annual #1; this comic has it all really. A Hank Pym/Scott Lang team-up, a villain from the past comes back, and an introduction of a new character. Yes, this is a pick up this week.

While we eagerly await possible news coming from the Valiant Entertainment group at SDCC, we can look forward to Book of Death #1 this Wednesday. Valiant will start their all new event saga right here. Written by Robert Venditti, art by Doug Braithewaite and Robert Gill. Yes a hit for sure brewing here. Looking forward to a great read.

Be sure to check out the InvestComics Facebook page regarding SDCC 2015 comic picks. Also check out all of the SDCC 2015 exclusives right HERE.