InvestComics Hot Picks – The weekly source for over 10 years. 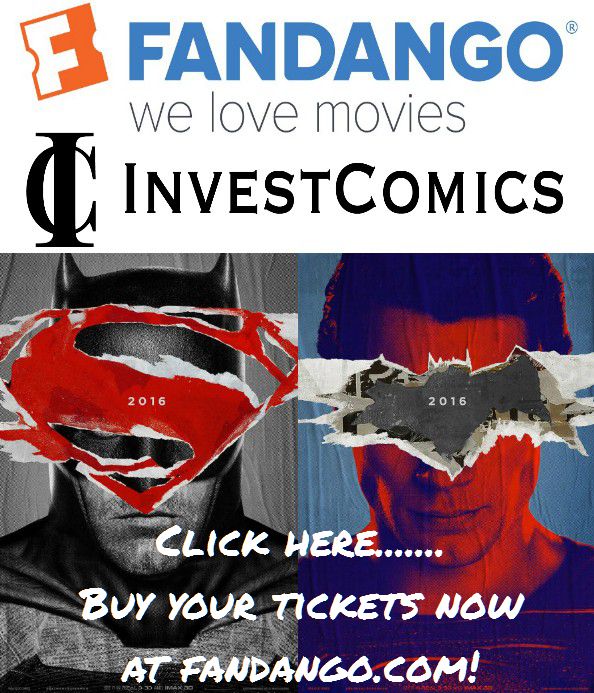 NOTE. Please understand that when InvestComics releases the Hot Picks article on Friday that many of the independent comics may not be available on Ebay yet. Most of the time, some of the more obscure titles make their way onto Ebay later on in the week or right on/at/before new comic book day on Wednesday. Be sure to check back and click the links or cover(s) to see if the books you want have been listed on Ebay. They usually show up, so be sure to check back!
We are not responsible for comics not shipped on time and or changing of release dates regarding this article or any article on InvestComics. We report on the comics DUE out the coming week. We have NO control of release dates nor will we change our article to accommodate a change in shipping, release date or cancellation. We also use the phrase “sold out” in our articles on a regular basis. “Sold out” means at the distributor. We have no way of knowing if your local comic shop still has copies at their store on the shelf of a comic that is no longer available on the distributor level. Please use common sense here.

IC 100 Club Pick: Avengers #154 (1976) Graded 9.4. there are two standouts here regarding this pick. Let us tell you what the other non-standouts are first. It’s a 1976 book graded at a nice 9.4. It’s the first appearance of Tyrax. Legend, George Perez with interior art. Now let’s hit on the two standouts. First, the cover art is by Al Migrom and comic book legend Jack ‘King’ Kirby. Second, this graded CGC comic is priced at a Buy It Now for only $59.99. Okay one more fantastic thing….free shipping. This must be in your collection. Avengers, George Perez, Al Milgrom, first appearance, and Jack Kirby?! A 9.4 for $59.99 with FREE shipping. No-brainer here. Better grab it before it’s gone.

Bruce Wayne is back as Batman in Batman #50. Here is Synder and Capullo’s final Batman comic. They’ve had a fine run to say the least. Does it equate to Batman #1 in their run costing so much money in the aftermarket? More questions; Does that comic contain a major first appearance? A death? A creators first work? A low low print run? If the answer was ‘no’ to all of these questions, then the answer to our original question was answered. Here’s another thing. Look to the right upper hand side of the graded Batman #1’s. It’s blank. Nothing there. Not even a new costume reference. Not hating, we absolutely loved the run. Just need to point out the obvious and separate the boys from the men. Long term…..be wise youngsters, invest wisely.
Also reach their 50th issue this week will be Wonder Woman #50.
An awesome fight will be going down in Deathstroke #16. Deathstroke vs. Red Hood. Ding! Ding! Fight!
The Harley Quinn character faces a new direction in her life. Witness it in Harley Quinn #26.
Creator Cory Nord gives fans some eye candy this week. Check out the cover to Suicide Squad Most Wanted Deadshot Katana #3.

Carnage #6 introduces Jabulile van Scotter.
The first meeting (fight) between Angela and the new Thor takes place in Angela Queen Of Hel #6. No hair pulling or cat scratching here folks!
The Howling Commandos Of S.H.I.E.L.D. #6 will have the team searching for ORRGO. ORRGO has been used sparingly over the last 53 years. Maybe a little over a dozen appearances? Crazy right? ORRGO’s first appearance was in Strange Tales #90 (1961). A book from Jack Kirby, Don Heck, Steve Ditko, and Stan Lee. Wow, what a line up.

Click on the RED links or the comic cover to buy/bid from All sellers on Ebay.
Doesn’t Hyperion remind you a bit of Superman on a couple of his covers to Hyperion #1? Maybe Marvel is trying its hand again in trying to deliver their version of Superman. Marvel last tried back in 2000 with Sentry. Sentry was basically Marvel’s Superman at the time. They don’t really have that “Superman” type character. They really don’t need one. Fast forward to Hyperion #1. Marvel may be going back to the well again with the striking resemblance on those covers. Hyperion first appeared (cameo) along with Squadron Sinister in Avengers #69 (1969). His first full appearance was in the next issue; Avengers #70. Sentry (Robert Reynolds), first appeared in The Sentry #1 (2000).
Is The New Avengers #8 comic the first appearance of American Kaiju? It might be.
Obi-Wan And Anakin enter a new world in Obi-Wan And Anakin #3. You know what that means right? New world, new characters!

Venom Space Knight #5 will introduce Pik Rollo. Pik is a Panda. Yep. Look at that killer cover by Ariel Olivetti…..with a Panda on it. This whole Panda thing seems so random.
Totally Awesome Hulk #4 – Women of power variant from Meghan Hetrick for the win. But that Ultimates #5 Women of Power variant from Yasmine Putri is stellar too! Okay we’ll call a tie this week. That all said, we still think the title of the Hulk book is a bit silly, not changing our minds on that one.

Jimmy Palmiotti, Amanda Connor, and Justin Gray team up (once again) to bring us Delete #1 from Devils Due Publishing. Always a good time when these guys (and gal!) get together. And do you know that the ‘insert’ button on your keyboard is right next to the ‘delete’ button? Looks like Jimmy, Amanda, and Justin are using that subliminal stuff on us. ‘Insert’ this comic into your collection. See, see, we’re on to you! So we’re buying this comic, not because of a button, because we like you guys…..and gal.