We were at New York Comic Con this past week. Below is a snippet video of our press coverage. We had tremendous coverage (as we always do) on all of our social media outlets, but we always make these videos every year when we come back for our fans. Enjoy!

IC 100 Club Pick: Swamp Thing #6 CGC graded 9.0 (1973). Anytime a collector is able to purchase a 9.0 signed book from a LEGEND such as Bernie Wrightson, there should be absolutely no hesitation in buying that book. Here, case in point is a Swamp Thing #6, CGC graded 9.0 for $99 Buy It Now with a Bernie Wrightson signature. There is no question that a collector must have this in their collection. Then check out one of our first InvestComics Creator Spotlights; Bernie Wrightson (click image below). We released this back in early 2015 with the release of our new site, so don’t mind the messiness in the article, just buy things from this creator, he’s a LEGEND. That’s it. Nuff said.

Once in while on new comic book Wednesday there is a comic that we know we’re about to tout with great glee. This week is one of those times. A story line that will aim to please and will have speculators peeking in as well. Batman #9 is the book that collectors need to check out this Wednesday. It’s the first part of a story line named “I Am Suicide.” We love that title. This title is a prologue on what is to come. Batman has to break into Arkham Asylum to retrieve one of his greatest adversaries ever; Bane. The reasoning is to recruit a few of his foes to form his very own Suicide Squad to rescue Gotham Girl and Psycho-Pirate. The modern day Batman Suicide Squad team starts right here. You really need to get in on the ground floor and that ground floor starts in this issue.

So many delays, puts the Dark Knight III series into the “oh is that coming out this month? I didn’t know that.” phase. Dark Knight III The Master Race #6 makes it to the new comics shelf this week with the tag line “Is Gotham ready for the new Batgirl?” Here’s a better question “Does anyone care at this point?” Delays and too much time between books kills momentum and interest.

What is it with the names of some of the new comics these days? Cave Carson Has A Cybernetic Eye #1? Okay. Why not just Cave Carson #1? So pretentious, no?

Marvel will put out an origin story about a hammer. Not just any hammer of course. Thor’s hammer: The Mighty Mjolnir. Check out the hammer story in Mighty Thor #12. We bet no one (most no one) at Home Depot or Lowes knows about this hammer.

The latest Marvel Comics sensation is Deadpool Back In Black. This week, Deadpool Back In Black #2 comes out and it will sell out like the first issue did. There will probably be a lower print run (obviously) of the second issue, so get on this if you want a first print. The Ron Lim Venompool cover is solid, but it’s the Salva Espin homage cover of Amazing Fantasy #15 with Power Pack (and a clown!) that wins. Anyone remember what InvestComics has said about Power Pack over the past few years?? Since 2010. We actually touched on it more recently; InvestComics Hot Picks #437 (August). Yes it will probably happen eventually, you’ll see. Just remember to give us credit and not to be such a nerd and take the credit. Thanks!

[paypal_donation_button border=”5″] Click on the RED links or the comic cover to buy/bid from All sellers on Ebay.

Sticking with Deadpool, he seems to be following in the footsteps of Batman in the gathering/assembling of a team in Deadpool Too Soon #1. The difference between him and Bats’ team is that his team does not consist of a bunch of adversaries. Squirrel Girl, Rocket Raccoon, Howard The Duck, Ant-Man, Groot and the Punisher join forces. Like we always say, we don’t make this stuff up, we just report it.

Captain America Sam Wilson #14 features the villain Flag-Smasher smashing things up! A ridiculously beautiful cover by Marcos Martin adds to the awesomeness here. The hash tag movement Marvel is trying to start is right there on the cover for fans to see, #TakeBackTheShield. So what are you waiting for?? Start the hash tag movement! Oh and the most recent Flag-Smasher character first appeared in Deadpool #43 (2015).

Fans will learn more about Alice in A-Force #10. Alice first appeared in the previous issue; A-Force #9 and made a photo cameo in A-Force #8. That’s your Alice roundup!

Doctor Doom becomes Iron Man for the first time in Infamous Iron Man #1. Lots of pointless variants accompany this one.

Cheryl Blossom makes her debut in the new Archie Comics universe. Check out Archie #13 for the vixen known as Cheryl Blossom!

Brian Pulido’s Lady Death character has been around for 25 years now! First debuting in Evil Ernie #1 (1991) from Eternity Comics. This week’s Lady Death Extinction Express #1 will introduce a new character named Chaotica. Coffin Comics tells us that this character will be a major player in Lady Death’s universe.

Here are some other indie comics to check out this Wednesday! Spell On Wheels #1 (Dark Horse). Lord Of Gore #1 (Devils Due Publishing) features a Hack/Slash variant cover from Tim Seeley. Love and Rockets #1 (Fantagraphics). 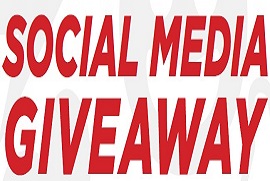