InvestComics provides readers and speculators the low down on the new releases coming out on Wednesday each week. Hot Picks have been weekly since 2005.
This week, new comic book release day 4/19/17.

Remember when fanboy’s had their panties in a bunch over the fact Steve Rogers ‘hailed Hydra’? As though Marvel would keep their American Icon superhero within the clutches of the dark side forever. Fanboy’s always need something to complain about. Marvel fanboy’s begin their decent back to a happier place starting on new comic book day Wednesday (4-19-17). But before going to that happy place, fanboy’s will have to endure Steve Rogers being more of a bad guy and not seeing the light just yet. The big Marvel story to set Rogers on the straight path starts with Captain America: Captain America Steve Rogers #16 and Secret Empire #0. These issues will serve as the prologues of the epic storyline ‘Secret Empire’. Enjoy the storytelling and the plight, because in the end, fanboy’s will have their Captain back and a new number one issue will follow with about 33 different variants accompanying the silliness. All that yelling and boycotting for nothing.
Marvel’s recent series; Monsters Unleased, introduced a bunch of new characters. Now Marvel restarts things with Monsters Unleashed! #1 with the new characters starting out anew. Writer Cullen Bunn and artist David Baldeon.
If you’ve been paying attention, you know by now why Venom #6 is such an anticipated issue for many Spidey fans. Eddie Brock is back as Venom. Should be interesting from here on out. This issue will sell out, especially that Gerardo Sandoval cover. Wow. Think that’ll make the InvestComics Best Comic Covers Of The Week?

Invincible Iron Man #6 will introduce a new villain into the Iron Man rogue gallery.
A new Nick Fury series this Wednesday; Nick Fury #1. First appearance of Frankie Noble. Story by James Robinson and art by Aco.
A bit of controversy has set upon Ardian Syaf’s X-Men Gold #1. Marvel (Disney) obviously had no idea what Ardian was up to within the pages of their comic, but we’re almost certain that X-Men Gold #2 will be gone over with a fine-tooth comb. Which means either the second issue will be a bit delayed while they inspect it and make corrections/deletions or something will slip by again. We highly doubt anything will slip by, but fans will flock to this comic as though it will have more controversy surrounding it, which it most likely will not. Thus causing for a sold out comic for no other reason other than curiosity getting the better of most and thinking they’ll make a buck with a useless, non-controversial comic. Let’s see if X-Men Gold #2 even makes it to the shelves this week.

Nightwing #19 finds Dick Grayson facing off against Deathwing. Did you know that Deathwing’s first appearance is mega-cheap? Not that there is any demand for it what so ever, but this 1991 first appearance in New Titans Annual #7 is readily available if you want it. Written by Marv Wolfman, so it’s gotta be interesting.
Superwoman #9 begins the new story ‘Super Women’. Written by Kate Perkins, with art by Stephen Segovia and Art Thibert.
Batwoman #2 introduces a villain named Knife. Writers James Tynion IV/Marguerite Bennett and art by Steve Epting. 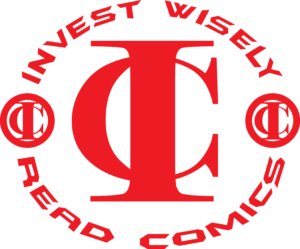