InvestComics Hot Picks provides readers and speculators the low down on the new releases coming out on Wednesday each week.
Hot Picks have been weekly since 2005.
This week, new comic book release day 11/15/17.

InvestComics LLC Authentic Signatures. This page consist of comics for sale that are signed by top creators. Every signature comes with an InvestComics Certificate of Authenticity. Like this page and join in on the bidding. 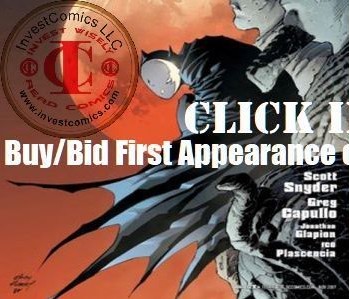 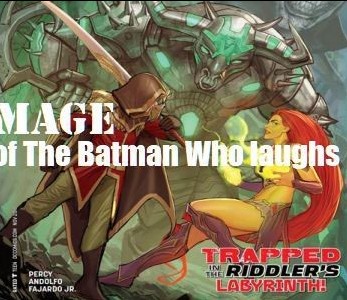 Dusk, Ricochet, Prodigy and Hornet make up the team ‘Slingers’. This team will make a rare appearance in this week’s Ben Reilly: Scarlet Spider #10. With only 22+ appearances since their introduction in Slingers #0 in 1998, thirteen appearances came in their own title, which means their appearances in the Marvel U are even more scarce. Find out what the ENTIRE team have been up to in this issue.
Loki as the Sorcerer Supreme? Yep! Check out Doctor Strange #381 to witness that madness. Written by Donny Cates and art by Gabriel Hernandez Walta.
Not Brand Echh #1 (1967) is billed as the first Marvel parody comic ever. It also happens to be the first appearance of Forbush Man. A high graded copy of Not Brand Echh #1 commands some decent money. The Not Brand Echh comic series ended with issue number thirteen. 48 years ago. Yes 48 years ago. So this week Marvel picks up right where they left off, Not Brand Echh #14. Forbush Man leads the heroes on the cover ‘dabbing’ away. This very well could be the first superhero dab cover ever. Get ready for a fun book written by Nick Spencer, Jay Fosgitt and Christopher Hastings. Drawn by Jay Fosgitt and Gurihiru.
Frank Castle dons the War Machine armor in The Punisher #218. This is a first and this looks as though it’s going to be very bad ass. ‘Punisher War Machine’…..it has a ring to it doesn’t it?
The Despicable Deadpool #287 second print cover from Salvador Espin will definitely turn some heads. A homage Amazing Spidey/Punisher first appearance cover with Deadpool putting Cable in the cross-hairs.
The hot Weapon H story line will conclude this week in Weapon X #11.

Will there be a hotter comic book on planet earth than The Batman Who Laughs #1 this week? Probably not. A sell out is a gimme. This new character within DC’s Dark Multiverse is their new meal ticket. Fans are absolutely all in on the Batman Who Laughs. This number one issue is brought to you by James Tynion IV and Riley Rossmo. Get in on the first appearance(s) of The Batman Who Laughs in Batman Nights: Metal #2 & Teen Titans #12 (same day releases). This character has major upside.
This week DC Comics hits another milestone issue. This week it’s Batman #800.