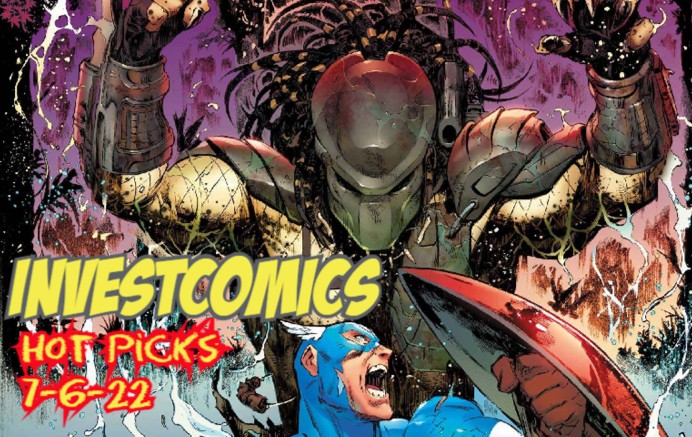 Here are this week’s top Trending/Speculative Comics out this Wednesday 7-6-22.
Please note: All new comic releases can and will change release dates from time to time. Check with your local comic shop on the guarantee of arrival time. If ordering from eBay, check with the seller or post details.
Like something we’re talking about? Like a cover? Like the debut of a new series? A first appearance?
Click on ALL Red-Highlighted LINKS/Comic Covers to BUY/BID from ALL available eBay sellers now (always buy from high-rated eBay sellers).

Batman #125 – The first appearance of a new Batman villain named Failsafe. The prominent spec book to grab would be the solo cover with Failsafe on it. This issue also marks the ushering in of a new creative team; Chip Zdarsky (writer) and Jorge Jimenez (artist). So, a collectors Batman comic this Wednesday.
Avengers Forever #7 – Steve Rogers awakens in a prison cell with a whole mess of others who received the Super-Soldier Serum. What does this mean exactly? Well, it means the potential of witnessing a first appearance here is pretty high.
Star Wars The Mandalorian #1 – The first appearance of Mandalorian in a comic book. This is a no-brainer purchase. There are many many variants available for this one. This will also be the first story with Grogu as well. Maybe we’ll get some more background on the little guy? Nah, nope. We’ll all have to wait a long while for that probably. Maybe some light in Marvel’s Yoda mini-series? And just in case you’re wondering, the very first appearance of Mandalorian and Grogu, visually, is on the variant cover of Darth Vader #20. (We’d offer credit as we’ve always done (free advertising) to the person/place for pointing this out, but they only seem to want to point out slight missteps on our part instead of taking part in the fun process of engaging when things are right. Again, thank you for the heads up.)
Strange Academy #18 – Marvel is calling this comic a game-changer for the series. You may want to find out what the fuss is about. 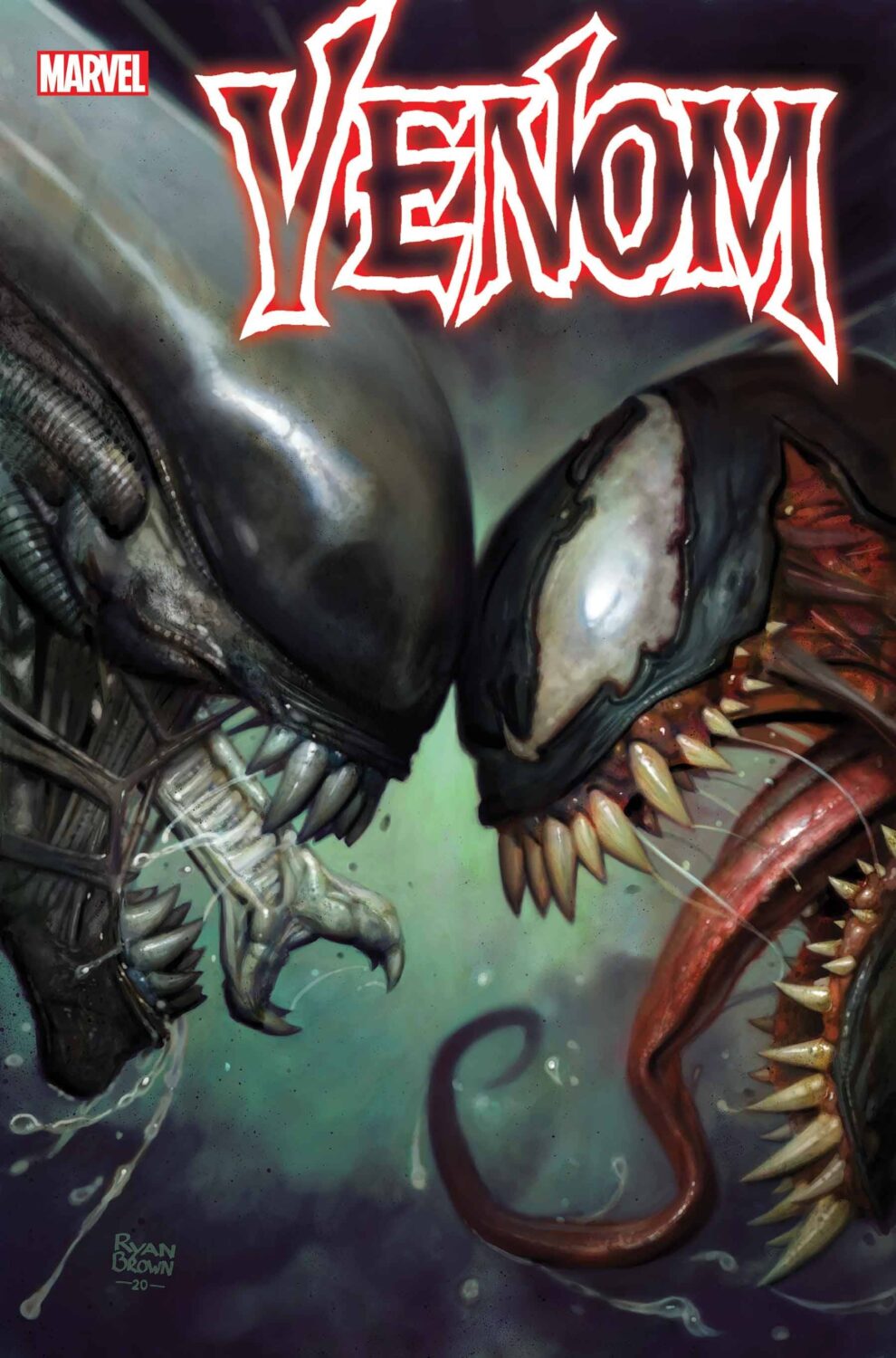 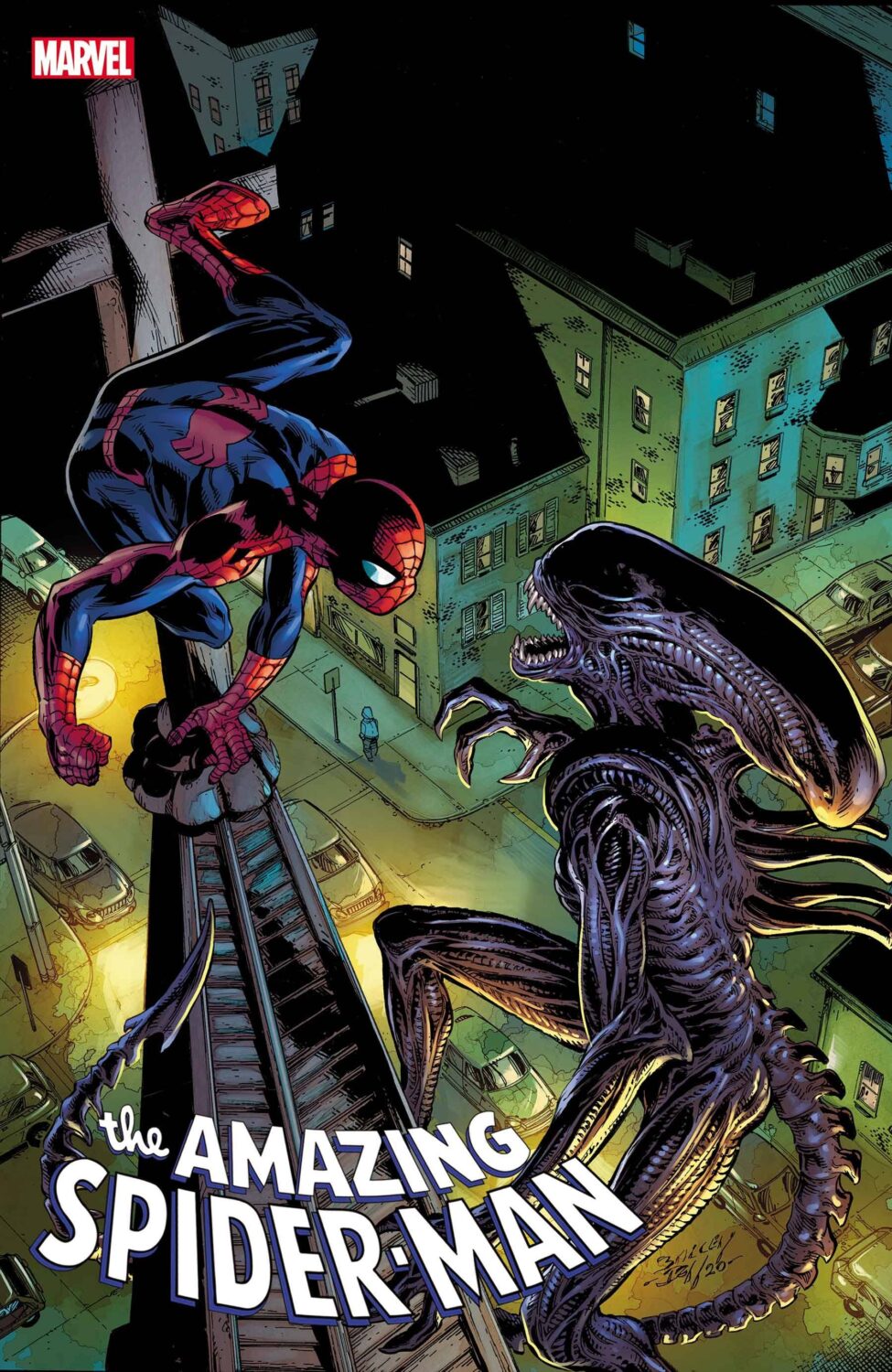 and Jane Foster & The Mighty Thor #2 – If you’re a regular around these here parts, you’ll recall InvestComics gave collectors a heads up regarding the Alien franchise that was once a Fox-owned entity but switched over to Disney and then saw print for the first time ever. It was literally the first time Disney ever used the Alien character under their banner by having a cover featuring the Alien product. We provided the goods of this in a very distinct informative way. It was in our Hot Picks 1-6-21 that we explained in detail. We’ll copy/paste/italicize/highlight what we wrote and then hop back to explain why we are reminding you of our speculative call then and now. When Disney bought Fox, one of the first things pop culture fans thought of was the Alien franchise. How or better yet, will Disney ever visit the franchise? With the huge fanbase for Alien, the answer is an obvious yes. Where there is money to be made, Disney will figure out a way to get this franchise up and running once again. Disney owns Marvel Comics, so why not start small? Have the Alien appear on a bunch of random covers for absolutely no reason other than looking super cool. Not only will the Alien appear on these covers, but the speculation side will realize (thanks to us) that these are all first appearances within the Marvel Universe. Furthermore, when Disney decides to get cute and have an Alien appear in the background of a Marvel Movie, the fanboys will lose their minds, thus leading to these first appearance covers to skyrocket. Although appearing on seven variant covers, there will be two standouts. The Amazing Spider-Man #56, Mark Bagley cover, and Venom #32 Ryan Brown cover. Marvel’s flagship character first appears with Alien on his cover and also appears with the biggest villain in the Spidey universe, Venom. Venom, being an alien himself, well, it makes sense. Big stuff here for the first Alien appearances in the Marvel U. Here are the other comics making “Alien” Disney/Marvel history; Miles Morales: Spider-Man #22, Guardians Of The Galaxy #10, Iron Man #5, Thor #11, and Spider-Woman #8. Watch our social media posts throughout the week as we display the various covers. Happy hunting. And you’re welcome. So, you now have a refresher on why we thought and still think why those Alien covers are so important. This Wednesday, apply our thoughts regarding the Alien cover comics and replace the word Alien with Predator. The same speculative process will work here. Disney has owned the rights to the Predator franchise for quite a while now and still, until this very day, has done nothing with it. That changes with the two comics arriving this Wednesday; Captain America Sentinel Of Liberty #2 and Jane Foster & The Mighty Thor #2. Both of these covers will provide the first look into the Predator involved with the Marvel Universe. And just like the Alien franchise, if Marvel decides to throw in an Easter egg in the background or a cave, or wherever, a Predator skull, the collectors market will go bonkers for the first Predator comic. Granted the Dark Horse comics, the original Alien and Predator first comic appearances will be in demand, but these Disney/Marvel Comics will be sought after as well. What if an Alien skull makes it to a Venom movie? Yes, that Venom/Alien cover will be untouchable. Same with any of the Predator comic covers arriving before the Predator #1 comic comes out in a couple of months.
Amazing Spider-Man #5 – It’s the 899th issue of Amazing Spider-Man. It seems Marvel is leading up to something big. The Hellfire Spidey cover is a first appearance cover of a Hellfire Spider-Man.
Starhenge Dragon & Boar #1 – A new mini-series from Image Comics.
What If…? Miles Morales #5 – All of the alternate Miles Morales characters come together in one issue.