Ben, thank you so much for taking some time out of your busy schedule to stop by InvestComics! We want to discuss some of your works including Arena Comics and one of your graphic novels optioned for a movie?!? That’s awesome…..

Jay Katz: So Ben you’re a comic book writer. When did it suddenly hit you that you knew, “Yes this is what I want to do.”

Ben Fisher: I think every kid who grew up reading comics has entertained the thought that “this is what I want to do”.  For me, somewhere around the time I saw my first graphic novel in hardcover is when that thought turned into “Holy sh&t.  Maybe this is something I can ACTUALLY do!”

(JK) You have worked for quite a few Independent companies. Which one gave you your first crack at getting published? And how did it happen?

(BF) Viper Comics was holding a competition for a back-up comic on one of their series. I had an idea for short story, and was lucky enough to partner with the brilliant artist Mike Henderson for my entry.  We were selected as a winner (I assume Mike had some compromising pictures of the EIC) and everything sort of snowballed from there.

(JK) “Smuggling Spirits” is a graphic novel that you wrote and is slated to become a motion picture. What movie house picked it up and how does something like this go down? 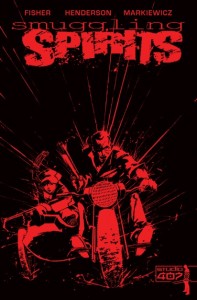 (BF) Smuggling Spirits was my first graphic novel, and the first major project I did after my Viper short story (it was also the first of two books I created with Mike).  The movie side of things is still a bumpy, confusing road.  There have been a number of interested parties, and I was lucky enough to be tapped to write the screenplay, which was an entire adventure in of itself.  Really, the publisher (Studio 407) should get most of the credit.  They’ve done a great job putting the story in front of the right people.  I can’t really say much more about it right now except that I’m hoping to be cast as a monster — I can’t think of anything more poetically righteous than being killed by your own creation.

(JK) When you write a story, are your intentions that you’re writing a film or does that never enter your thought process?

(BF) I started writing screenplays before comics, so there is probably a cinematic element to everything I write.  But in the comic medium, I just want to tell the best story I can — I don’t really think too much about whether or not a scene will translate to camera.

(JK) What have you done creatively in your career so far that you feel is “made” for the big screen? Besides everything!

(BF) Smuggling Spirits and Hexen Hammers (an Arcana book) would both look beautiful on the big screen.  Lots of action and cool costumes.  My latest book, Splitsville, would make for a really fun comedy. Maybe even something animated.

(JK) What comic book movies up to now do you feel has best translated to film?

(BF) Marvel has really been hitting it out of the park with their films. Avengers looks to be the superhero team movie that most of us would have believed impossible a few years ago. I thought 300 looked beautiful, and Scott Pilgrim was the most fun I’ve had at the theater in a long, long time.

(JK) You’ve collaborated with artist Mike Henderson on a few projects. Is that by design? Does Mike translate your words to paper they way you envision it so well that you like working with him any chance you get?

(BF) Mike is one of my favorite people, both in a professional and personal capacity. I didn’t know him before I worked on that Viper story, so in some ways he’s my first love in the world of comics. And you never forget your first, Jay.  Sadly, he’s never going to speak to me again after he reads this interview.

In all seriousness, Mike’s art is fantastic and we work very well together.  Not everything I write suits his style, but when it does, he always knocks it out of the park.

(JK) Speaking of Collaborating with an artist, Kevin Stokes is another artist that you have a couple of projects coming out with. It’s with the NEW comic company Arena Comics. Can you tell us how you became involved with Arena Comics? 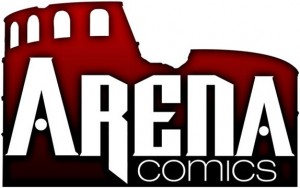 (BF) Kevin was recommended to me when I started working on Splitsville, which is a superhero parody of sorts.  It needed someone who excelled at animated, exciting lines and who could handle both subtle humor as well as the occasional slapstick moment.  As soon as I saw Kevin’s take on the script, I knew he was perfect for the job. 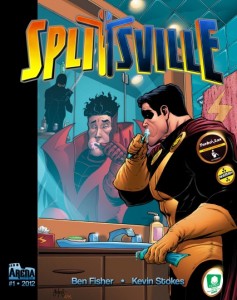 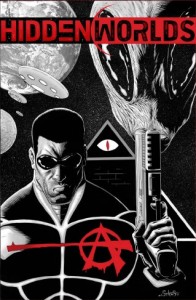 He has a way of making everything I write funnier.

Every comic writer knows: if you find an artist who makes you look good, snatch him up as fast as you can.

(JK) What will your stories consist of for Arena Comics?

(BF) Splitsville is a story about a superhero blowhard whose nemesis — a reluctantly evil criminal mastermind — happens to be his own split personality.  It was the most fun I’ve ever had writing a book.

Hot on the heels of that is Hidden Worlds, a story about every conspiracy you’ve ever heard … and how they’re all true.  It’s a grittier action piece (and the brainchild of Kevin) and filled with the craziest concepts we could fit into panels.

(JK) What will your creative input be for the new line?

(BF) I’ll help select what books Arena publishes moving forward, and that’s a daunting process.  There’s a lot of talent out there.

(JK) Where do you see Arena Comics a year from now?

(BF) I hope we’ll have carved our niche as a very high-end indie publisher.  We’ll be releasing almost everything as hardcover on beautiful paper, telling stories of the highest caliber. 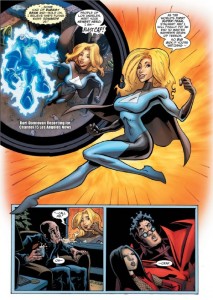 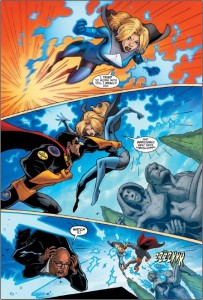 (JK) When can we expect to see Arena Comics on the shelves at our local comic shops?

(BF) The initial print run of Splitsville will debut with a con-exclusive hardcover at HeroesCon in Charlotte this May.

(JK) If Marvel or DC came to you right now and asked you to pick one character from their universe to start a new regular ongoing series, who would it be and why?

(BF) Cloak and Dagger for Marvel.  That duo has a TON of untapped potential.  And Booster Gold for DC.  A sci-fi take on that character, with a healthy bit of humor, would be a lot of fun to write.

(JK) What comic books do you read these days?

(BF) I tend to read in big batches in between writing sprees.  The Big Two are putting out excellent books now.  Walking Dead remains strong.  Anything Hickman writes goes straight to the top of the pile, and has from the moment I first read Nightly News. Fables is still excellent.  I’m catching up on Wasteland and Hellboy.  Too many to mention.

(JK) Where can fans buy/find your books on line?

(BF) Directly from the publisher or from Amazon or any online comic site generally.  Most are also available on Comixology and apps like that.  If you’re buying Smuggling Spirits, do yourself a favor and pick up the hardcover — Mike drew some dark lines in that book and the lesser print quality of the softcover editions (which were not published by Studio 407) don’t do his work justice at all.

(JK) And where can fans find you, follow you, and bug you on line?

Thank you Ben and best of luck with your future in film, Arena Comics and future endeavors!