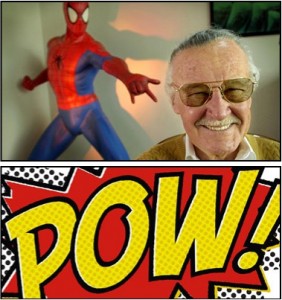 InvestComics has landed an Interview with the Iconic Stan Lee, CCO of Pow Entertainment.

(West Palm Beach, Florida; February 7, 2012) –The Interview will take place at this year’s MegaCon in Orlando Florida on February 18th 2012

“It’s an absolute honor to Interview Stan Lee and I cannot wait to meet him” said Jay Katz, President of InvestComics. Stan Lee recently released along with 1821 Comics the hit Romeo and Juliet The War and has numerous projects in the works with Pow Entertainment. Jay Katz continued, “This is a once in a lifetime opportunity to sit down for a few minutes with person that has literally changed the landscape of comic books since he’s been involved within the Industry.” 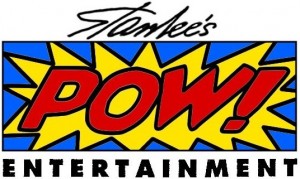 Pow Entertainment Inc. is in the business of creating and licensing  intellectual properties for the entertainment industry.  POW! develops its  properties in traditional entertainment media, including: feature length films  in live action and animation, television programming, merchandising and related  ancillary markets.  With high demand for content in media such as mobile  applications, on-line, and video games, POW! is also focusing on these areas to  develop new material.  All of POW!’s projects are anticipated franchises for  worldwide distribution.

InvestComics™ started as a magazine in 2006; the first issue wasn’t released until June of 2007. The magazine was distributed as a free comic book Investment Guide throughout local comic shops in South Florida. It was also a giveaway on Ebay for any winning bid to receive with their order.

Although the InvestComics™ web site was on line in 2005, it wasn’t until 2007 the web site became the main focal point and the magazine ceased. InvestComics™ wanted to start reaching a broader audience and began to rapidly expand. InvestComics™ became the “Entertainment” Investment Guide as a result of covering many areas in the industry, focusing on entertainment as well as highlighting investment opportunities. Most recently the launch of InvestComics TV (ICTV) has made the site multi-media, attracting some of the biggest names in the industry to appear in a split-screen 10-12 minute interview format.