But they aren’t sayin’ why.

Look inside for some cryptic clues as to why you might possibly want to pick up this issue.

PRESS RELEASE – NEW ISSUE OF INVINCIBLE TO BE SUPER POPULAR AND BELOVED FOR VAGUE, CRYPTIC REASONS!
Something might be happening in INVINCIBLE #63 and whatever it is will quite possibly be rather amazing!

16 June 2009 (Berkeley, CA) – In an unprecedented move, writer Robert Kirkman and illustrator Ryan Ottley have made a cryptic, semi-confident promise that INVINCIBLE #63 might be kind of a big deal for reasons they wouldn’t say and plan to back it up with a special Wednesday shipment direct to comic shops!

"All I’m saying is INVINCIBLE #63 reorders should be double or triple over all retailer’s orders combined plus fifty thousand," Kirkman stated. "I even heard President Barack Obama might call a press conference to discuss the contents of this very special issue, because there may be something of national interest in there. Also, every newspaper ever could possibly make it a front page story. Who knows?! All I can say for sure is every single human being on the planet, regardless of whether they read comics or even know what they are, will definitely be extremely interested in this issue, maybe even enough to buy a copy!"
INVINCIBLE #63 might even possibly be the biggest comic book event of all time, up there with The Death of Superman, The Death of Captain America, The Entirety of the Early Nineties and Action Comics #1! The only certainty is everyone must place a ridiculously massive order for a non-returnable product they may or may not make a profit on sometime in the near future. Or never. Don’t ask – just buy it! You trust us, right?

Added Image Comics Publisher ericstephenson, "There’s a chance this could very possibly an event of undetermined importance, both for comics fans and people of all walks of life, with only the most passing familiarity with comic books, or even books, period. We can’t really say what happens in this issue, but trust, something does happen. And it might even be something interesting. Best not to jinx it, though, so let’s just go with, ‘Something happens.’ It’s somewhat likely a number of people we have yet to identify will want one. " 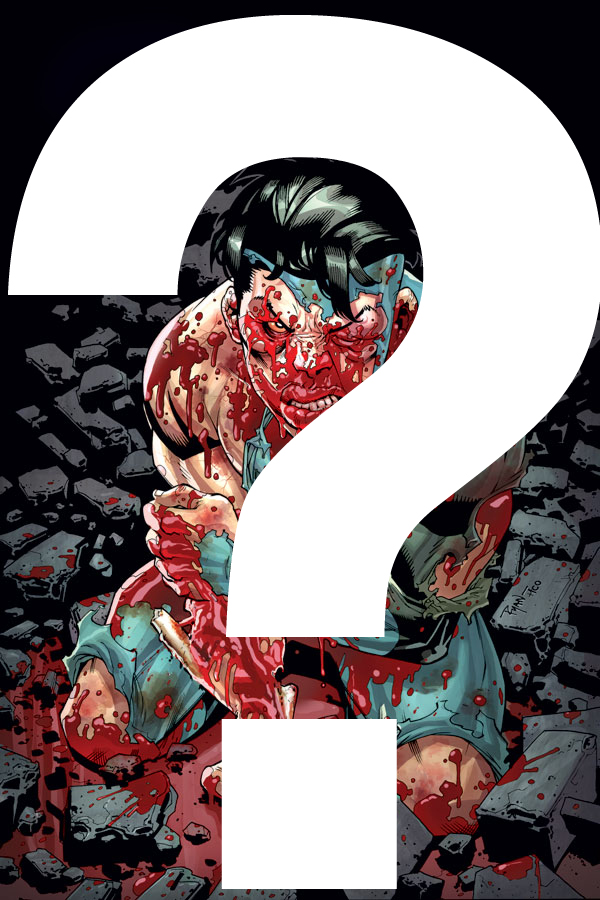