Image Founder, Jim Lee, has finished his cover for the Image United comic.

Not only that, but it’s been colored up in full glory for all to see, admire, and drool.

PRESS RELEASE – IMAGE UNITED CREATORS AND NEWSARAMA KICK OFF THE CROSSOVER OF THE CENTURY WITH A LIVE, ONE TIME ONLY WORLDWIDE COMICS EVENT!

"Since IMAGE UNITED’s announcement we’ve received a tremendous amount of requests for appearances of all creators involved in stores and conventions all across the planet," Image Comics Publisher Eric Stephenson said. "By teaming up with Newsarama for this once-in-a-lifetime event, we’re bringing every creator directly to the readers. This is our thank you for the massive support the Image Comics fan base has already given the project."

On Tuesday evening, November 24th at 7pm EST, the night before issue #1 goes on sale, Newsarama will welcome all seven creators in a 90-minute online interview/chat hosted by Vaneta Rogers, writer of Newsarama’s recent Image United Weekly interviews, and every single comic book fan from around the world are invited to attend. McFarlane, Liefeld, Silvestri, Valentino, Larsen, Portacio, and Kirkman will all be there live & together in the same virtual room, to answer your questions and ours about Image Comics‘ past, present, and future, and of course IMAGE UNITED.

The IMAGE UNITED live event, a 90-minute virtual panel, will begin on Newsarama November 24th, 2009 at 7pm EST. For further details on how to attend this historic online event, please stay tuned to Newsarama. 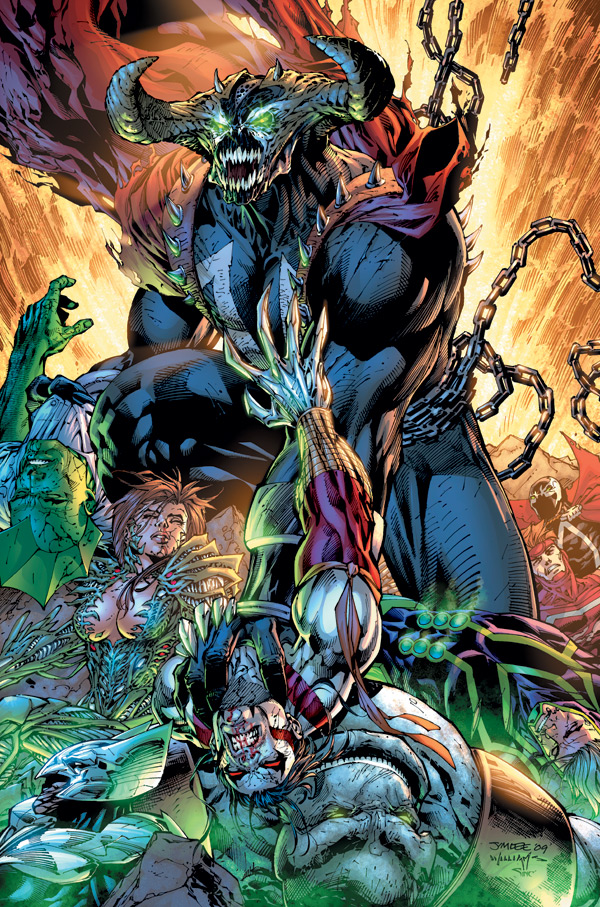