June 2, 2011 – Los Angeles, CA – This August, KABOOM! and Roger Langridge want to give you a taste of the all-new
All-Ages ongoing series SNARKED with the $1 SNARKED #0 prelude leading into this October’s exciting SNARKED #1! Written and drawn by Roger Langridge, the artistic mastermind behind the fan-favorite MUPPET SHOW COMIC BOOK and THOR: THE MIGHTY AVENGER, SNARKED is a bold re-imagining of Lewis Caroll’s topsy-turvy world! Also shipping this August, for the adult fans of Roger’s work, an all-new trade paperback featuring Langridge’s previously uncollected alt-comix material THE SHOW MUST GO ON, making August a month of Roger Langridge goodness you won’t
want to miss!

“Very few cartoonists can combine all-ages fun with exciting adventure, but Roger Langridge pulls it off and makes it look easy!” says BOOM! Studios Editor-in-Chief Matt Gagnon. “Roger’s masterful art along with with his impeccable comedic timing and knack for storytelling will make SNARKED a new classic for comics and literature fans alike.”

“Roger Langridge has another hit on his hands with SNARKED!” says BOOM! Studios Marketing Director Chip Mosher. “Equal parts wonder, action, and hilarity, Roger Langridge has created a stunning world perfect for young and old readers alike! Fans of fantastic tales only have great things to look forward to in ROGER LANGRIDGE’S SNARKED!”

ROGER LANGRIDGE’S SNARKED #0 brings Lewis Carroll’s imaginative world to new heights in a side-splitting adventure that can only be explained as… SNARKED! Presenting a fresh and incredibly modern “Langridge” spin on an already-warped classic, the SNARKED adventure starts here with a self-contained 8-page story featuring The Walrus and The Carpenter from THROUGH THE LOOKING GLASS – that’s right, the same Walrus that inspired the Beatles song
“I Am the Walrus” is now in Roger Langridge’s merry, mad hands for new all-ages adventures at KABOOM! This $1 all-new original 8-page complete story also contains a full issue’s worth of back matter and dives deep into the world of
SNARKED with an exclusive behind-the-scenes look at the new series. Don’t miss this comic book industry event! Buy the $1 issue now, pick up the series in October!

Hailed as one of comic’s singular talents, Roger Langridge recently completed his fan-favorite run with Marvel with THOR: THE MIGHTY AVENGER in 2010. Previously BOOM! Studios debuted Langridge’s THE MUPPET SHOW COMIC BOOK, garnering rave reviews and even a complete sell out of the first issue before hitting store shelves. For his work on THE MUPPET SHOW COMIC BOOK Roger Langridge received a 2010 Harvey Award for Best Original Graphic Publication for Younger Readers and a 2010 Eisner Award-nomination for Best Humor Publication. Roger also worked on an original
weekly webcomic, FRED THE CLOWN, which received both Eisner & Harvey Award-nominations.

ROGER LANGRIDGE’S SNARKED #0 is an all original 8-page story and a full issue’s worth of back matter written and drawn by the Eisner Award-nominated and Harvey Award-winning Roger Langridge. This title ships this August at a price point of $1 and with a Diamond Code of JUN110963. 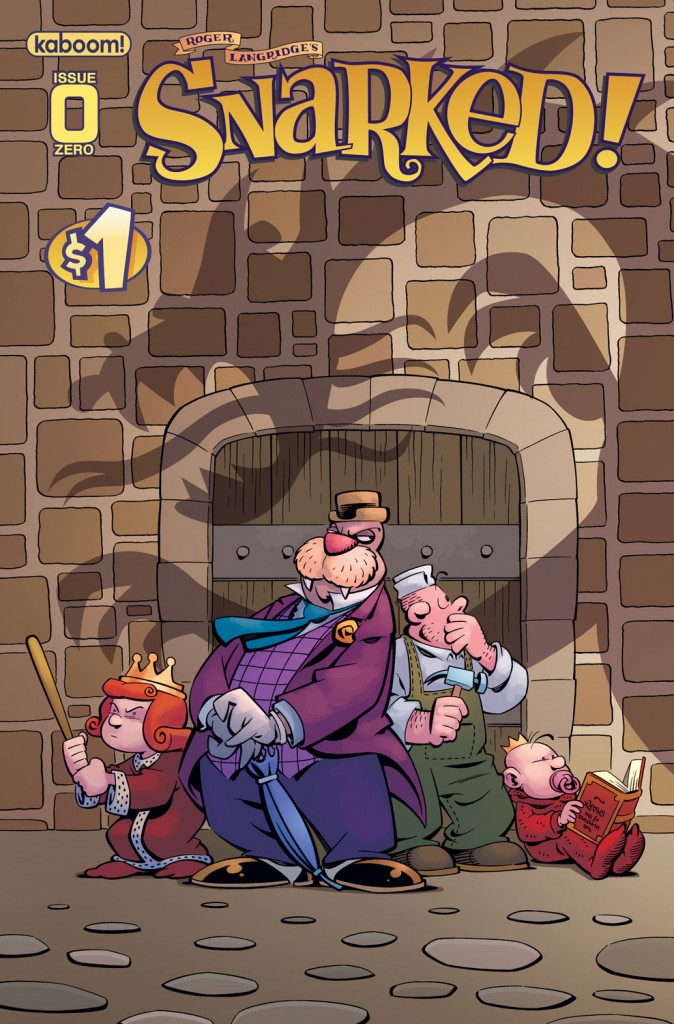 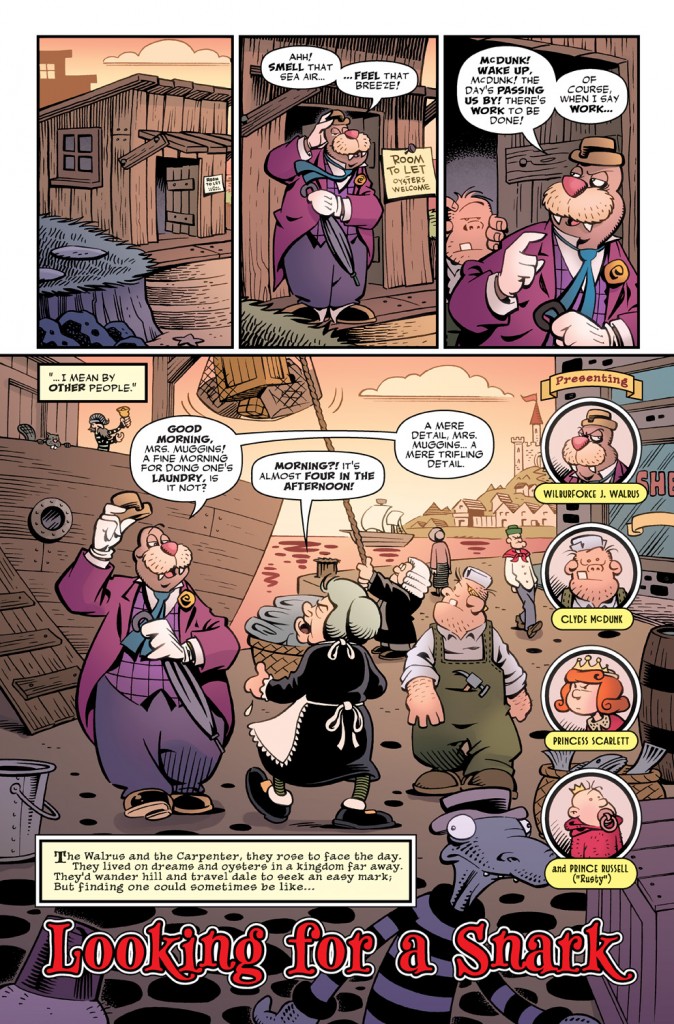 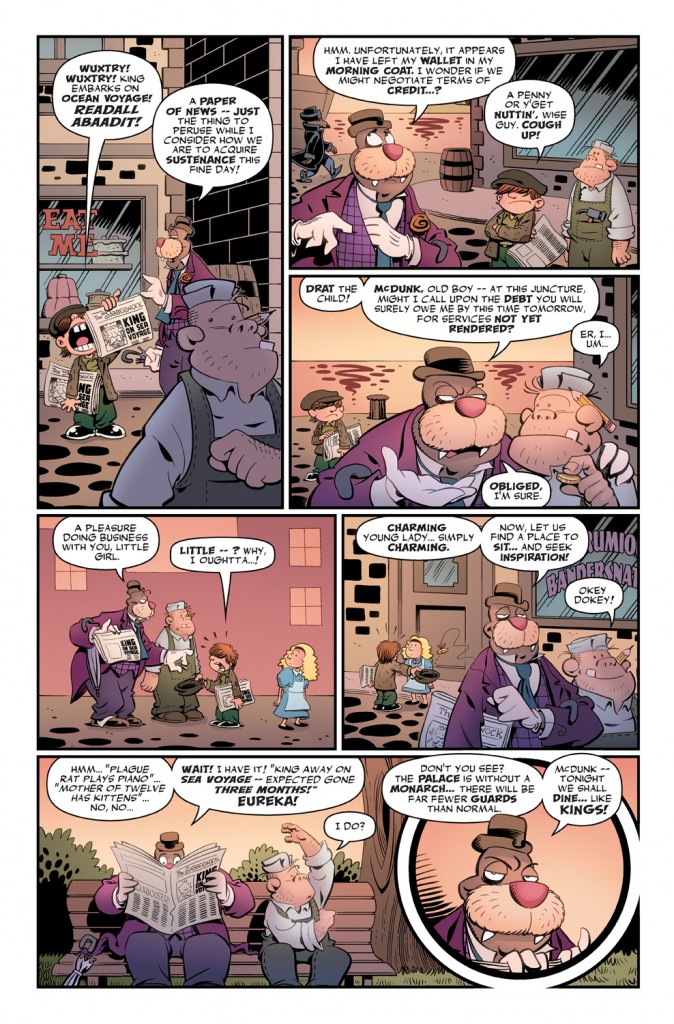 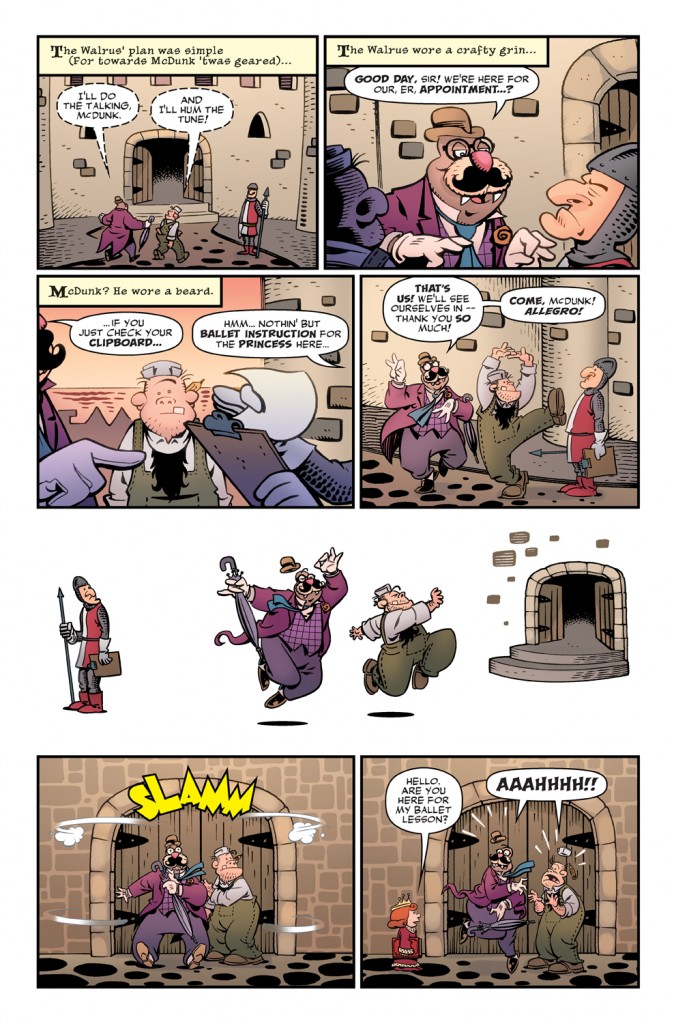 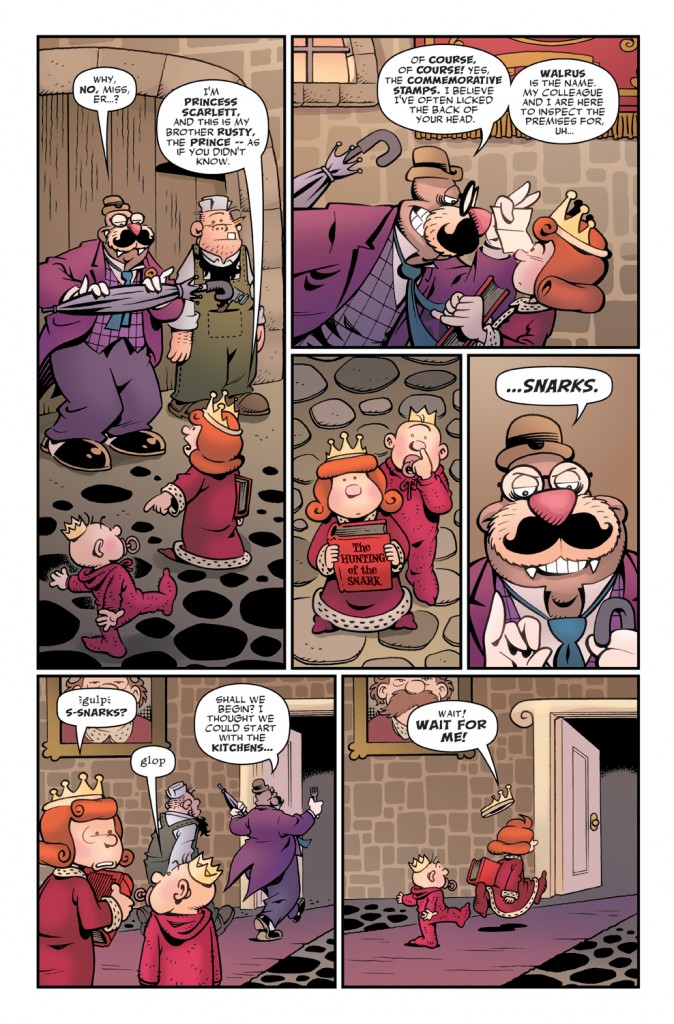 THE SHOW MUST GO ON TPB is a volume of previously uncollected cartoon strips written and drawn by Roger Langridge. This title, published under the alt-comix imprint BOOM! Town, is suggested for more mature readers and ships in August with a price point of $14.99 and a Diamond Code of JUN110962.